What you need to know about the crisis in Myanmar

On Feb. 1, 2021, the military in Myanmar detained senior members of the civilian government after claiming the country’s November 2020 elections were fraudulent. Mass protests have continued unabated since, despite hundreds of demonstrators killed and many more arrested. Protestors dependent on messaging apps and social media have found communications disrupted.

Clashes in the northeast of the country have increased levels of displacement inside the population. Further economic breakdown promises to disrupt communities nationwide as businesses and banks find it difficult to function, foreign investment dries up, workers strike and migrants flee the country. 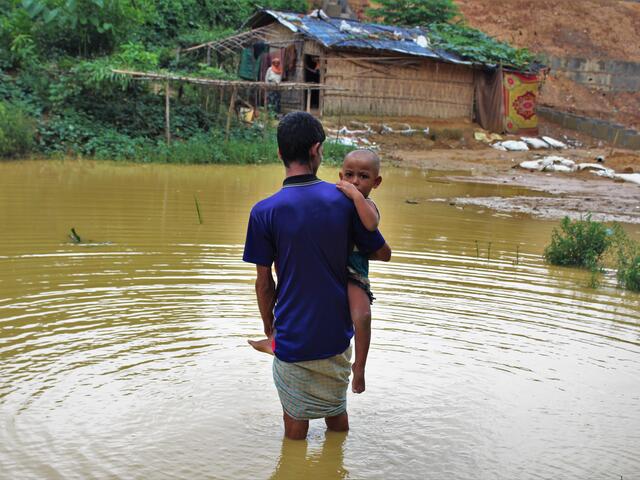 Nearly 1 million Rohingya who fled violence in Myanmar's Rakhine State now live in Cox’s Bazar, a refugee settlement in Bangladesh that has been beset by natural disasters, including monsoon floods.
Photo: Maruf Hasan/IRC

“This is a very uncertain and turbulent time for Myanmar,” says Sanna Johnson, the International Rescue Committee’s regional vice president for Asia. “We are extremely concerned for the lives and safety of the most vulnerable. The IRC calls on all leaders to refrain from violence and to ensure those most at risk are protected.”

This is a very uncertain and turbulent time for Myanmar.

Public services are almost nonexistent. Financial systems are barely functioning. The IRC is especially concerned about the reduced availability of health services, especially for rural communities, and about the erosion of civil society.

Myanmar’s decade-long efforts at a democratic transition of power had brought some progress and hope to a population afflicted by poverty and internal conflict. The sudden return to military rule has raised alarms about the future of the southeast Asian nation.

What is happening in Myanmar?

Myanmar hosts some of the most isolated and vulnerable populations in the world.

In 2011, Myanmar began the process of political, social and economic reform. This led to more freedoms for civilians and increased foreign investment. Despite these gains, many people continue to require lifesaving support from the humanitarian community: Myanmar has struggled to recover from Cyclone Komen, a devastating storm that displaced 1.7 million people in 2015. 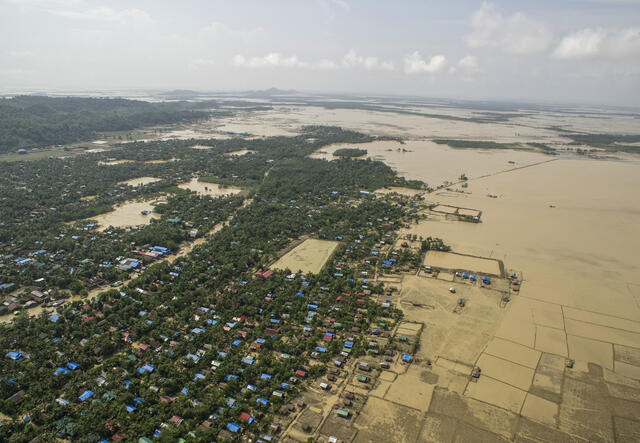 Myanmar, a southeast Asian nation that has spent decades under military rule, has been plagued by ethnic violence and pummeled by natural disasters—including Cyclone Komen in 2015.
Photo: Kaung Htet/IRC

The country has also been plagued by ethnic violence: Nearly 1 million Rohingya, ethnic Muslims in this predominately Buddhist nation, have fled violence in Rakhine state to Cox’s Bazar, Bangladesh. The IRC is working in Cox’s Bazar to provide health care, protection for vulnerable women and children, and emergency support for the refugees.

How is the IRC responding in Myanmar?

The IRC began work in Myanmar in 2008, providing humanitarian relief in response to Cyclone Nargis. With our local partners, we provide health care, water and sanitation services, career training, and support for community development projects.

The IRC promotes economic recovery for farmers. We also operate women and girls’ centers that provide skills training and support to survivors of violence. The IRC aids nearly 140,000 refugees from Myanmar in nine camps along the Thailand border. 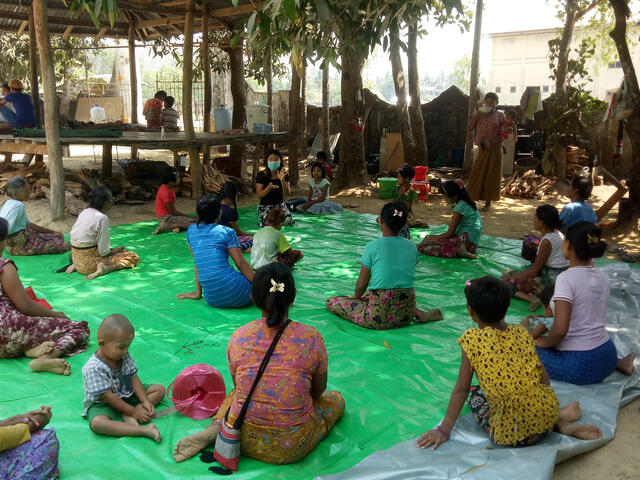 An IRC mobile health team runs a health education session during the COVID-19 pandemic in Myanmar. These teams reach families who have been displaced by the ongoing conflict in northern Rakhine state.
Photo: IRC

Events from the past three months have meant the IRC’s activities continue to be disrupted by travel restrictions and insecurity. Over 1 million people could be forced into a humanitarian disaster if aid is further restricted.

What else must be done?