The war in Yemen is contributing to what the United Nations says could become "the worst famine in the world in 100 years."

Yemen is facing the largest humanitarian crisis in the world. Over 22 million people are in need of humanitarian assistance, the country is on the brink of famine, and a million people have suffered from the worst cholera outbreak in modern history. 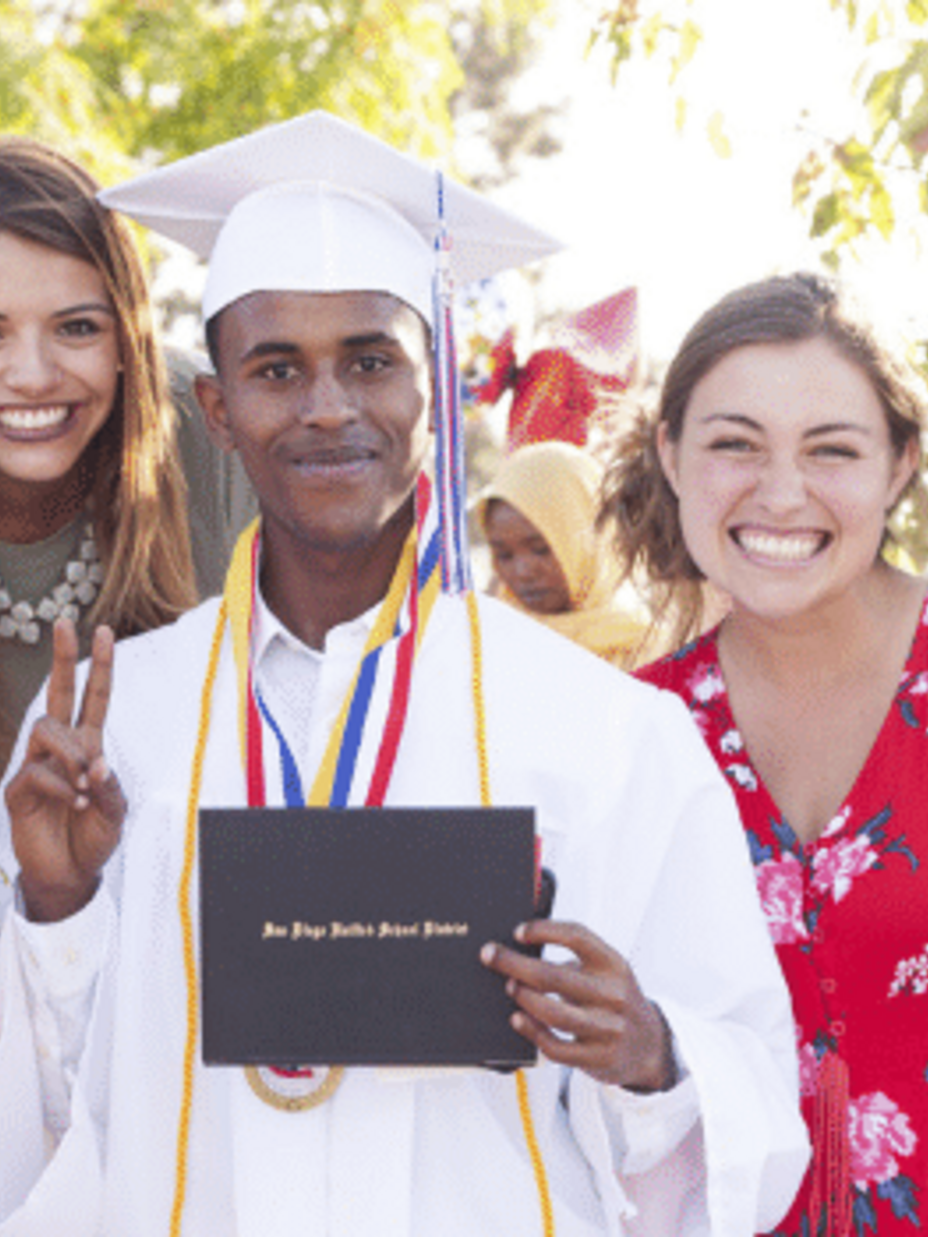 Abdulfatah with IRC staff at his high school graduation.

Update, December 22, 2020: Read about the unrelenting crisis in Yemen in our latest explainer and 2021 Emergency Watchlist.

Since 2015, Yemen has been in the grip of a brutal civil war. After rebel groups overtook the government, the Saudi- and Emirati-led coalition has been attempting to regain control by launching thousands of airstrikes, many of which have hit homes and public areas such as schools, health facilities and markets. Thousands of civilians have been killed and tens of thousands injured as a result. In fact, August 2018 was the deadliest month so far, with nearly 500 civilians killed in the first nine days.

But these deaths represent only a fraction of the impact of the airstrikes. Many more people suffer when the damage and destruction left by the attacks cut off their access to health care and clean water.

The attacks not only violate international humanitarian law, but they also make it dangerous and difficult for humanitarian organizations like the International Rescue Committee (IRC) to deliver aid. Even worse, the governments of the United States and United Kingdom thus far have failed to use their leverage as diplomatic allies and military supporters of the Saudi and Emirati-led coalition to end the violence

This crisis only continues to grow as conflict rages on and those in need are prevented from receiving lifesaving assistance.

Here’s what you need to know about why Yemen is home to the largest humanitarian crisis in the world.

What is the impact of the conflict on access to food, health services and education?

Conditions in Yemen are deteriorating across every measure. Over 8 million people are at risk of starvation and 16 million lack access to basic health care. As the airstrikes continue — one every 99 minutes for the past three years — Yemenis are unable to access the food and health services they need to survive. 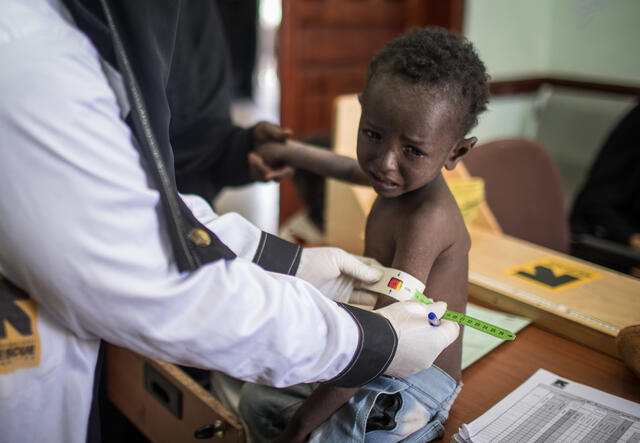 The U.N. warns that Yemen could soon be in the grip of famine, with 12-13 million civilians at risk of starvation. The measurement tape around this boy's arm indicates he is malnourished.
Photo: Kellie Ryan/IRC

More than half of Yemen’s health care facilities have already been destroyed. On top of that, the coalition is restricting access to ports. And all sides to the conflict have restricted humanitarian organizations from providing lifesaving medicine and clean water. This only exacerbates the growing cholera epidemic, which has taken over 2,300 lives in the past year.

Thousands of schools have also been closed due to the conflict, keeping 2 million children out of the classroom. Some schools have been taken over by armed groups and others used as shelter for people who have had to flee their homes or whose homes have been destroyed.

As the violence escalates, Yemen remains on the brink of catastrophe.

Who is hit hardest by this crisis?

Children, the chronically ill, the elderly and disabled, and pregnant women and nursing mothers are at particularly high risk of starvation and sickness.

There are over 11 million Yemeni children in need of aid – that’s almost every child in the country. According to UNICEF, a Yemeni child dies every ten minutes from entirely preventable war-related causes, and thousands have already been killed or injured as a result of conflict.

Left in vulnerable positions from violence and displacement, boys are being recruited by armed forces and young girls are being forced into early marriages. 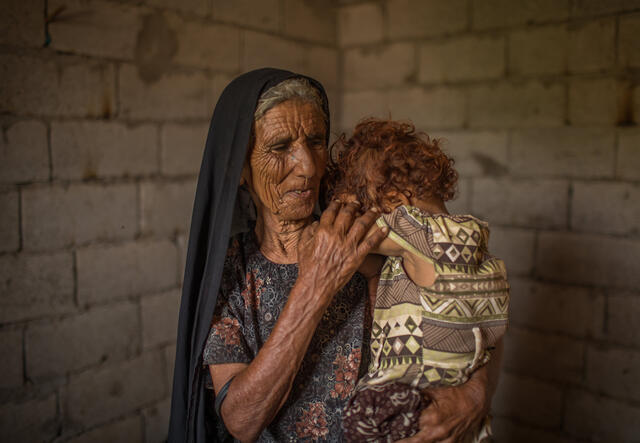 Fatma Salim Qebas with her granddaughter: Fighting near their home forced the family to flee to Al Buraiqeh, Yemen, where they are receiving food vouchers from the IRC to help them buy food and ward off starvation.
Photo: Kellie Ryan/IRC

What is the most critical flashpoint right now?

The port city of Hodeidah, where 70% of imports enter the country, is under relentless attack from airstrikes and naval ships. Houses, farms, livestock, businesses, roads, medical facilities and water facilities have all been hit in recent months.

The coalition is encircling and likely attempting to besiege Hodeidah. This would have a dire impact on the roughly 300,000 remaining civilians, who are among the most vulnerable in all of Yemen. The United Nations warned that in the worst case 250,000 civilians could be killed in an attack on Hodeidah, with aid cut off to 22 million civilians in need of support. Blocking this port could also trigger famine as millions are already on the brink of starvation.

IRC staff members have been advised to evacuate their homes in Hodeidah City and are now working from a small town located 31 miles from the frontlines of the war, where they continue their lifesaving work.

What are the most concerning threats on the horizon?

The U.N. has warned that 10 million more Yemenis will be at risk of famine by the end of 2018 if conditions do not improve. The number of suspected cholera cases also has increased, suggesting that the country might face a new wave of the epidemic. 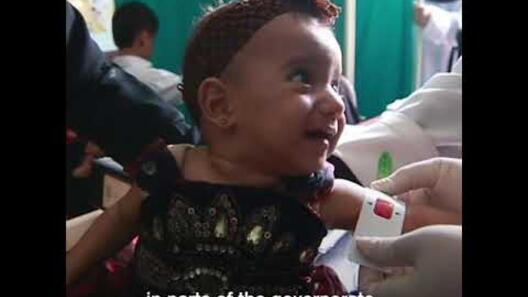 Civilians continue to be killed, injured and forced from their homes as a result of conflict and destruction. As Kamel Jendoubi, Chair of the The Group of Eminent Experts, said, “There is little evidence of any attempt by parties to the conflict to minimize civilian casualties.”

What needs to be done to stop the suffering?

There is no military solution to the end of the war in Yemen. The IRC calls on all parties to immediately stop the fighting and allow room for a U.N.-led peace process to take place in order to avoid further humanitarian catastrophe.

“The protection of civilians and civilian infrastructure is not a luxury,” said Frank Mc Manus, Yemen country director at the IRC. “It is an essential provision of international law. When these laws fail civilians suffer.”

The IRC has been delivering lifesaving services in Yemen since 2012. While the ongoing conflict and closures of airports and sea ports create challenges to our response, the IRC has maintained access to affected populations in our areas of operation. 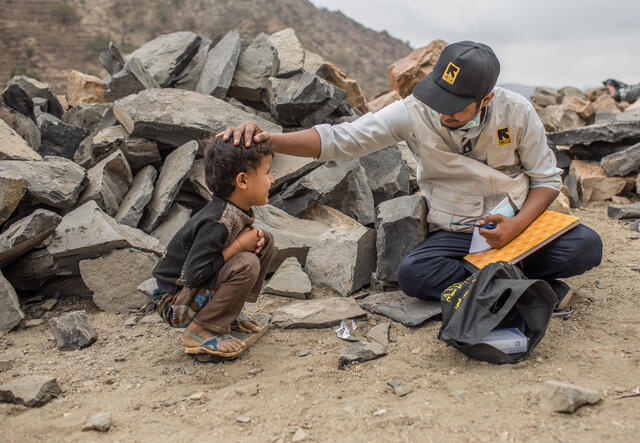 The IRC runs medical treatment centers, made household visits to promote cholera prevention awareness, screened and treated children for malnutrition, counseled mothers and caregivers on safe feeding and breastfeeding, and trained and paid health volunteers to work in local communities.

Empowering those affected by the crisis to rebuild their lives, the IRC distributes cash vouchers to hundreds of households so they can purchase the food and basic resources they need to survive.

Read more about the IRC's work in Yemen.