For refugees who are given sanctuary in the United States, obtaining American citizenship represents the ultimate affirmation of belonging in their new country.

Former International Rescue Committee Overseer Andy Grove, co-founder and former CEO of Intel Corporation, who was resettled by the IRC in 1957 as a refugee from Hungary, spoke passionately about the meaning of citizenship. “When I first picked up my American passport—the key item attesting to my citizenship—it was like an impossible dream turning into reality,” he said. “I belonged! That is what citizenship is all about.” 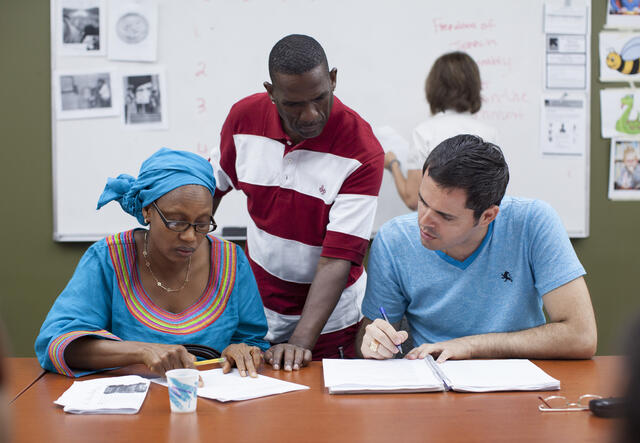 While the benefits of citizenship—including the sense of belonging, freedom and security it affords—are highly appealing, the naturalization process can be complex and daunting. Based on their green card status, 8 million people qualify for citizenship, but annually only 8 percent of them become citizens.

Against this backdrop, the International Rescue Committee has joined forces with the New Americans Campaign, a nonpartisan effort initiated by a network of immigration organizations across the country to help legal permanent residents become American citizens.

When I first picked up my American passport—the key item attesting to my citizenship—it was like an impossible dream turning into reality. I belonged! That is what citizenship is all about.

A $5 million grant from the Grove Foundation, running from 2012 to 2018, represents the primary funding for the IRC’s initiative, called Pathways to Citizenship, which is open to all eligible immigrants but focuses primarily on resettled refugees and vulnerable groups such as victims of trafficking.

Over the years the IRC routinely assisted resettled refugees seeking naturalization to the extent our limited resources permitted, and in 1996 a grant from the Emma Lazarus Fund of the Soros Foundation enabled us to expand our efforts across our network of offices in the United States. Now the Pathways to Citizenship initiative will enable us to dramatically increase our capacity to assist in the naturalization process—for example, by expanding the number of preparation classes for the citizenship test—and to sustain this capability in the long term. 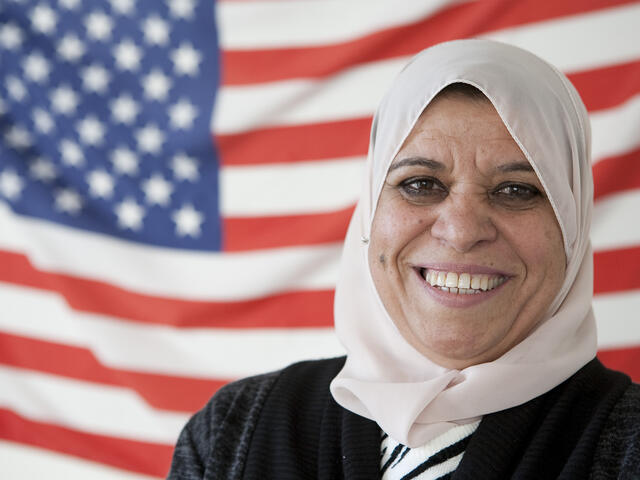 Prior to the start of our Pathways initiative, we were able to help up to 1,300 refugees annually apply for naturalization and become citizens. (Application filings are a key measurement of our naturalization efforts.)

In 2012, the initiative’s first year, we helped just under 2,900 prospective citizens file applications—500 more than our goal. By 2018, the seventh year of our phased expansion, we will have the staff, resources and experience necessary to serve 7,500 people annually.

As part of the process, we will have firmly established naturalization as a core service of our work with resettled refugees in the United States.