The International Rescue Committee has responded to recent outbreaks of the Ebola virus in the Democratic Republic of Congo. We were also at the forefront of the fight to stem the spread of the largest ever outbreak of Ebola in 2014, which claimed over 11,000 lives.

New Ebola case in the Democratic Republic of Congo

Read about the IRC's work in Congo
Donate now

The IRC was at the forefront of the fight to contain the deadly Ebola virus during the outbreak in Liberia and Sierra Leone in 2014. Most recently we responded to outbreaks in the Democratic Republic of Congo, strengthening infection control practices in health facilities, as well as training and mentoring health care workers.

Ebola is a virus characterized by fever, weakness, muscle pain, headache and sore throat, followed by vomiting, diarrhea and, in a few patients, bleeding.

Where was the deadliest outbreak of Ebola?

The largest and most complex Ebola outbreak occurred in West Africa in 2014. The disease was first discovered in Guinea and then moved across land borders to Sierra Leone and Liberia, infecting 28,000 people and claiming more than 11,000 lives. The IRC was a leading responder.

In May 2018 an outbreak in the Democratic Republic of Congo, where the virus was first discovered in 1976, spread to Mbandaka, a densely populated city of 1.2 million people. Another outbreak declared in northestern Congo on Aug 1, 2018  spread to an area surrounded by armed militants. Violence remains a major concern where Ebola response workers are being threatens and attacked.

The government has been efficient in controlling outbreaks, but until now, these outbreaks have mostly occurred in rural areas. Ebola detection and control is more difficult in an urban setting, which significantly escalates the risk of epidemic.

The IRC has been working with the Congolese government and the World Health Organization and its partners on the ground to contain the outbreak by sending a team of infection-control specialists, environmental health experts and medical logisticians to support existing health facilities. The goal:  to strengthen prevention and control by helping facilities to identify and isolate Ebola cases in addition to providing lifesaving non-Ebola health services.

The confirmation of a case of Ebola in Beni, eastern Congo on Apr. 10, 2020 is tragic and comes just as the people of Congo were preparing to celebrate the end of this disease after nearly two years.

How does Ebola spread?

The virus is contracted through direct exposure to bodily fluids (of an infected person or a contaminated animal). Patients can take up to 21 days to develop symptoms, and Ebola’s initial symptoms are nonspecific, making it difficult to diagnose the disease quickly.

Patients who receive early treatment have a higher chance of survival and are less likely to infect others. People are not infectious until they develop symptoms.

Ebola is most contagious during the late stages of the disease: according to the World Health Organization, the virus remains contagious for up to three days after a victim dies. New Ebola cases can occur among relatives practicing burial rituals (such as washing corpses) or transporting the deceased for burial.

How do you treat Ebola?

The IRC supports 70 health facilities in the Democratic Republic of Congo, and supported hundreds in Liberia and Sierra Leone, providing protective equipment to thousands of health workers, training them to screen for Ebola, and sharing protocols for isolating suspected patients and alerting authorities.

We are also working in infection prevention and control and training health clinics in Uganda where an Ebola case was confirmed in June.

How do you prevent Ebola?

The spread of Ebola can be prevented by washing hands frequently with soap and water.

Contact tracing helps to identify people who have had significant physical contact with a confirmed Ebola patient while that patient exhibited symptoms.

After a person tests positive for Ebola, contact tracers interview family members and others possibly exposed to the virus, then monitor them for symptoms for 21 days.

People who should be tracked for Ebola are those who:

Babies breastfed by infected mothers must be monitored for symptoms.

If a person shows signs of infection, an ambulance team should transport him or her to an isolation center to be tested for the virus, thus minimizing the transmission of the virus to others. If the person tests positive for Ebola, doctors, and nurses begin treatment and contact tracers repeat the process.

An experimental Ebola vaccine has been deployed to Congo. While still in the testing phase, it has been shown to be highly protective against Ebola. The vaccine will be given to people who have had direct contact with infected patients, as well as those who have had contact with these contacts, in order to establish a buffer of immune individuals to prevent the spread of the virus.

Fear and misinformation about Ebola has spread faster than the virus, keeping people from seeking medical help and taking the critical steps to protect themselves and their families. It’s critical to educate communities on protection and prevention by enlisting the support of trusted locals. 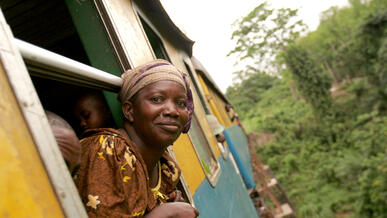 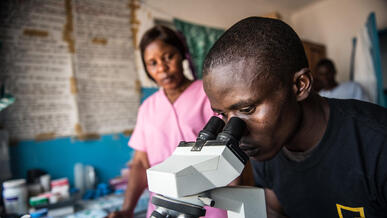 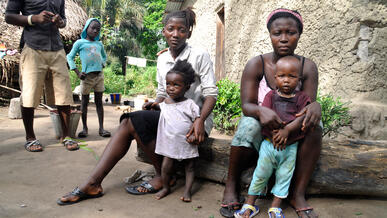 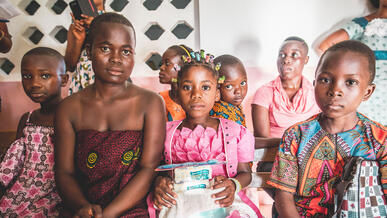