While Ebola is largely under control in West Africa, the fight isn’t over yet. In order to prevent future outbreaks, we must understand what created this deadly epidemic in the first place.

In March 2014, West Africa experienced the largest ever outbreak of Ebola, infecting over 28,000 people and claiming over 11,000 lives.

Countries such as Guinea, Liberia and Sierra Leone were devastated by this outbreak, largely because they were unfamiliar with the virus and were unprepared to diagnose and treat it. These countries had also just emerged from years of civil war, leaving their health care systems destroyed and hospitals understaffed. For instance, Liberia—one of the poorest countries in the world—had just 51 doctors for its 4 million people at the start of the outbreak.

UPDATE May 18, 2018: The IRC is rapidly mobilizing to respond to an outbreak of Ebola in the Democratic Republic of Congo (DRC). The outbreak, which was first confirmed in the rural northwest of the country on May 8, entered an alarming phase when one case was confirmed in Mbandaka, a densely populated urban city with 1.2 million inhabitants. As of May 18, 45 cases, including 14 confirmed by laboratory, and 25 deaths have been recorded. The IRC will work closely with local health authorities to help strengthen triage, identify Ebola cases, set up isolation units and ensure rigorous case management and infection prevention and control practices in existing health facilities. Learn more about our response.​

Once Ebola took hold in West Africa, it spread like wildfire. Characterized by fever, headache, vomiting and diarrhea, the virus is contracted through close contact with bodily fluids, and can take up to 21 days to show symptoms, making it difficult to quickly diagnose. 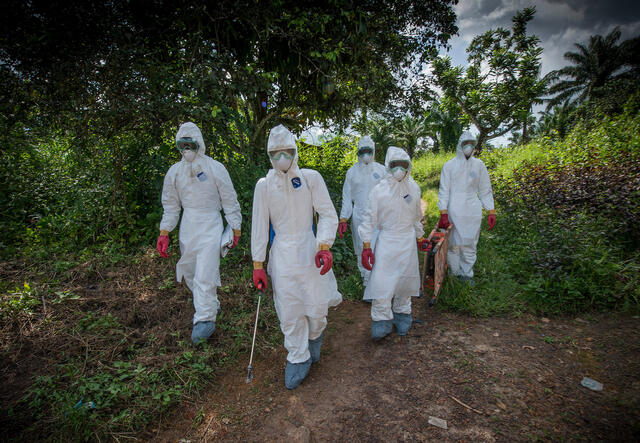 While previous outbreaks had been contained in rural communities, this time, the virus hit urban areas that were densely populated and hosted travelers. Cultural burial practices such as washing corpses and transporting them back to their homes also proved extremely dangerous, since Ebola is most contagious after death.

While governments offered life-saving advice on how to prevent the outbreak, people refused to listen. Due to years of internal conflict and corruption, many did not trust authority. They had also never heard of this disease before, and had trouble believing it was real.

Since the beginning of the outbreak, the International Rescue Committee has been at the forefront of the fight to end Ebola in Sierra Leone and Liberia. We made a commitment to work directly with local communities, helping to rehabilitate their health systems.

In June, IRC health coordinator Laura Miller and senior health program manager Tamba Sam visited Kenema hospital in Sierra Leone and found the head nurse in tears. While hospitals were overflowing with infected patients, many health workers were afraid to work for fear of contracting the virus.

“We, as IRC staff, went to the hospital in Kenema every day,” Sam recalled. “Everybody was so scared. Key nurses had been assigned to take care of the Ebola patients and many of them died. Panic was everywhere.” 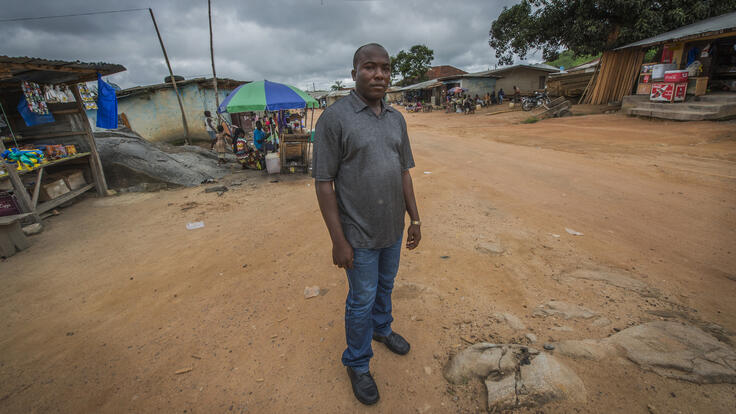 Alpha Tamba, a physician's assistant from Liberia, traveled to remote villages to address deadly rumors about Ebola including that it was being spread by the government or aid groups. Photo: Peter Biro/IRC 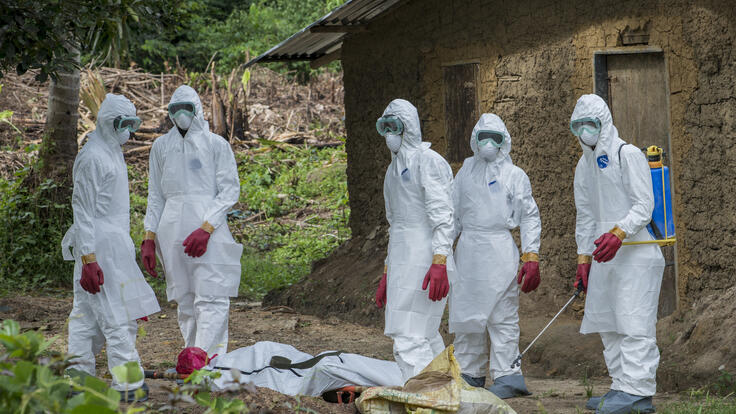 A burial team about to carry away the body of a man suspected of having died from Ebola. Photo: Peter Biro/IRC 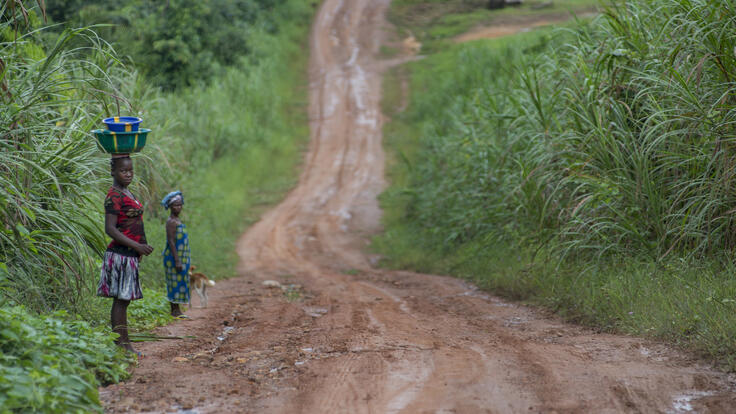 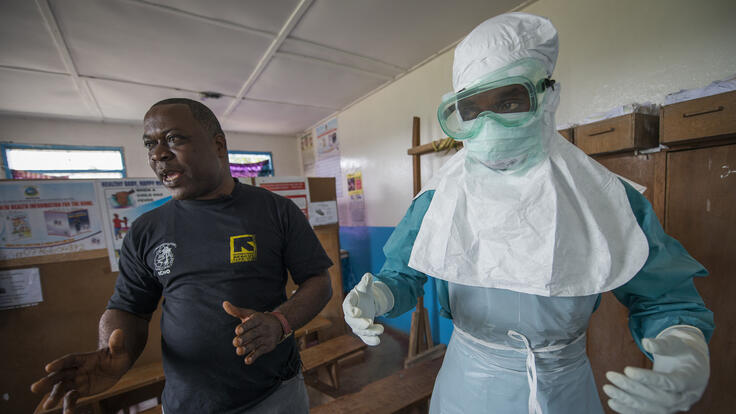 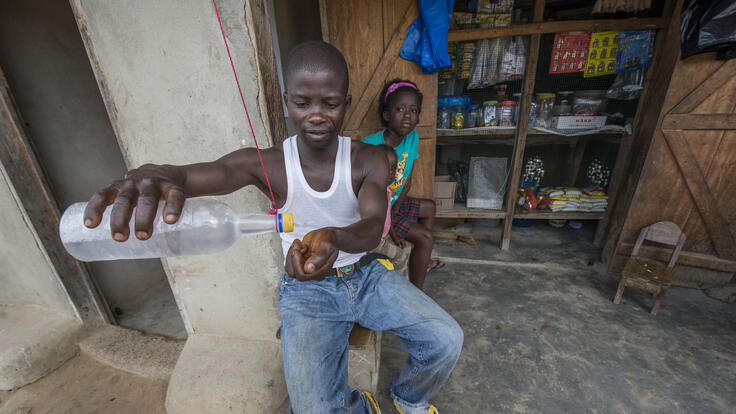 A shopkeeper washes his hands in chlorine solution in Barkedu, an Ebola-stricken village in Lofa County. Photo: Peter Biro/IRC 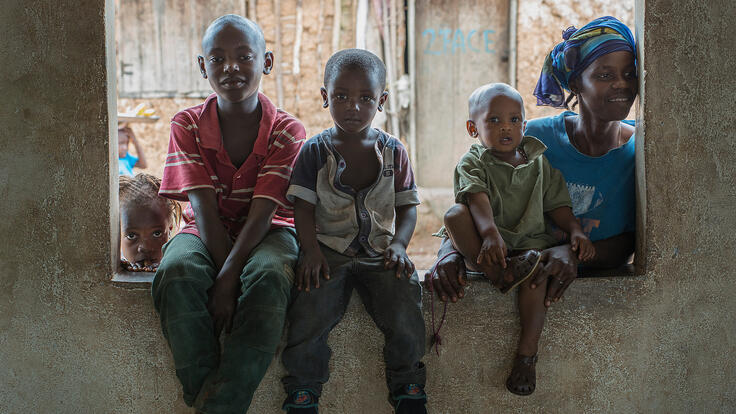 A mother and her children listen to a discussion about Ebola in Barkedu’s town hall. Information sharing is key in the effort to contain the virus. Photo: Peter Biro/IRC 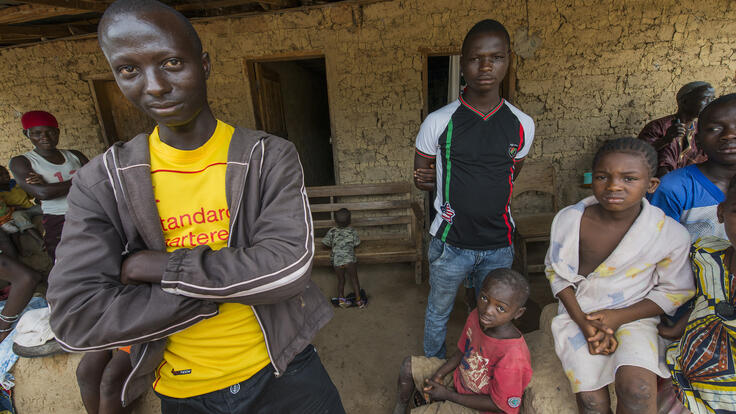 Mamadee Bayour is one of the few people in Barkedu who contracted Ebola and survived. “I’m now helping my community to keep safe,” he said. “If we take care, we will win this battle.” Photo: Peter Biro/IRC 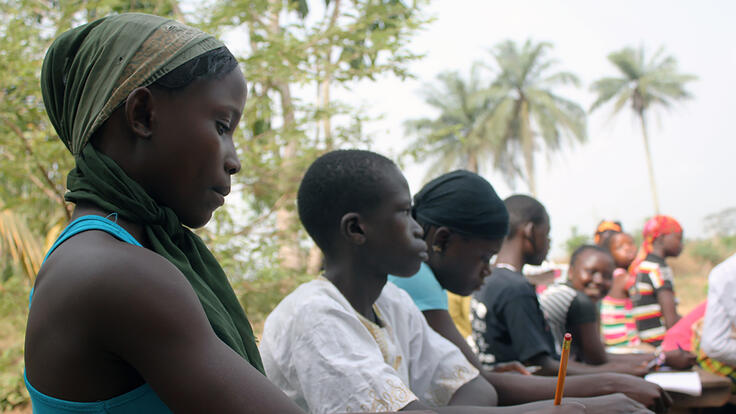 With schools closed during the Ebola crisis, the IRC ensured that children were able to continue to learn through informal learning groups, educational radio programs, and access to library books. Photo: Erika Perez-Leon/IRC

The IRC team geared up. They met daily with the district health officer and, in coordination with him, developed steps forward to respond. They supplied staff with chlorine, gloves and other protective gear. They also spoke with mothers, fathers, imams, priests, traditional leaders, local health volunteers, and youth groups about controlling the spread of the disease and referring them to health facilities.

“If nothing was done, Ebola would take the whole country,” Sam said. “And then it would spread beyond.”

Listen to Tamba Sam's audio diary from the field

In Sierra Leone’s second largest city, Bo, the IRC worked day and night with local health providers to develop an emergency plan to stop the virus. The team managed and opened isolation unites with over 100 beds to quarantine Ebola patients and provide them with safe care.

“We are not isolated,” said IRC senior education manager Gabriel Jonnie, who had been instrumental in setting up the IRC’s response in Bo. “We listen to communities. We are talking with people to help them alter some aspects of their behavior…to stop Ebola in our country.”

Recognizing the need for better Ebola screening, the IRC also worked with the World Health Organization to train people to identify the virus and prevent infection. In partnership with the U.S. Centers for Disease Control and Prevention (CDC), this training program is now being used in 1,166 local health facilities in every district in the country to protect health care workers and prevent the spread of Ebola.

A story of Redemption

At the height of the epidemic Redemption Hospital in Liberia was forced to shut down. The facility was not equipped to handle the influx of patients, and staff members were too afraid to come in to work.

With the support of the IRC, Redemption Hospital reopened in 2015 with the resources it needed for proper infection prevention and control, rigorous Ebola response training for its staff and much-needed renovations of its pediatric and emergency wards. The IRC also trained teachers, principals and community leaders in back-to-school Ebola safety.

In November 2015, Sierra Leone was officially declared free of Ebola, after the virus claimed 4,000 lives in the country.

While Liberia was first declared free of the virus in May 2015, more cases of Ebola were reported several weeks later. The country was finally declared Ebola-free again in January 2016—a statement that will be addressed with caution.

“Now is not the time to let down our guard,” said Saffea Senessie, IRC country director in Sierra Leone. “Countries like Sierra Leone remain vulnerable. The IRC is committed to doing our part to stand with the people of Sierra Leone as they rebuild their lives. We expect the international community to do the same.”

To help communities recover, the IRC reopened schools, provided educational resources to help children catch up and made sure hospitals had systems in place to detect Ebola. 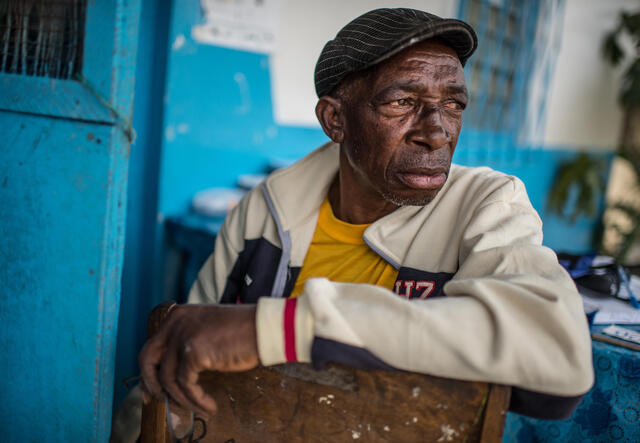 Sylvester Dunbal, a 58-year-old nurse, worked with patients in an IRC-run health center during the Ebola outbreak.
Photo: Tommy Trenchard/Panos/IRC

While Ebola is largely under control in West Africa, the fight isn’t over yet. In order to prevent future outbreaks, we must understand what created this deadly epidemic in the first place. This involves facing the tough, underlying political issues of health reform in these poor countries.

As Emmanuel d’Harcourt, senior health director of the IRC, said: “Ebola evolved into a regional catastrophe precisely because the most important and sensitive issues — particularly those related to the politics of poor, post-conflict countries and the politics on the United Nations, NGOs, and the international aid world — have been wished away in the past by those of us who work on public health.”

To prevent similar catastrophes going forward, we must work with local communities to understand cultural sensitivities, ensure their health workers are paid fairly and provide the resources they need to recover quickly. For instance, the IRC set up community “early warning systems” to detect Ebola and prevent it from spreading.

“Never again” can be a reality rather than just a good intention, but only if we work together with those who are most in need.