After 11 years, Afghan brothers are reunited

Ali was just 6 years old when Mehdi left him and their mother to start a better life in Europe.

In early September, Mehdi* got the call he had been waiting for. More than a decade after he had been separated from his younger brother, Ali, he was about to greet him at the Frankfort, Germany, airport.

“It felt as if my dreams had come true,” Mehdi says. “When my father passed away, I became like a father to Ali.” 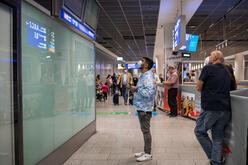 “It felt as if my dreams had come true,” Mehdi said after learning his brother Ali would join him in Germany.
Photo: IRC

As refugees from Afghanistan, Mehdi’s family faced difficulties living in Iran, where Afghans and their children are often denied education, employment, health care, and even freedom of movement.

The family separated as 18-year-old Mehdi left for Germany and, later, Ali, his married sister and their mother for Turkey—hoping to eventually join him in Europe. “While traveling from Iran to Turkey, Ali became separated from our mom,” Mehdi explains. “My mother was deported to Afghanistan and Ali landed in Greece.” 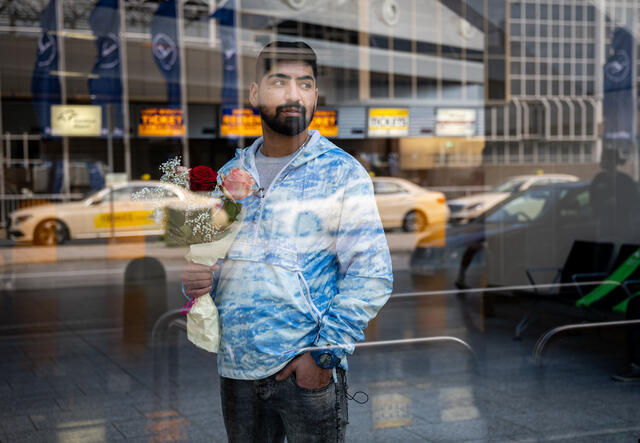 Mehdi waits outside Frankfurt airport for the younger brother he hasn't seen in 11 years. “When my father passed away, I became like a father to Ali,” he says.
Photo: IRC

Ali, then 14, tried to enter Greece eight times, but the police apprehended him and sent him back to Turkey. “The Turkish police took all my clothes, telephone and money,” he says.

When he finally made it to Greece, Ali was deemed an unaccompanied minor and taken to a facility for newly arrived migrants while his sister, her husband and children were sent to live in a camp for families. 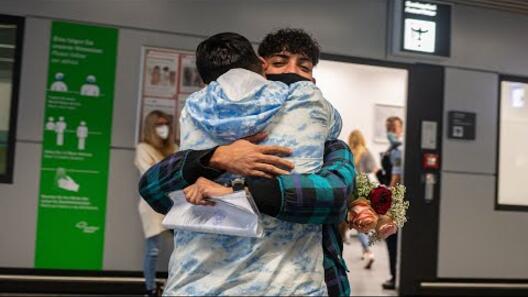 Video
Watch the moment Afghan brothers are reunited after 11 years

Ali lived in the holding center for a year. “In the evening, there were five or six policemen,” he told the International Rescue Committee during an interview as he prepared to reunite with his brother. “Everybody [the social workers] goes home, and the police are the only ones there. When we played football in our block, the police would come and beat us.”

Eventually, Ali was transferred to IRC-managed housing in Athens. The IRC also connected Ali to social workers as well as lawyers who could help him with his immigration case. His support team was able to reconnect him with Mehdi, who was still living in Germany. 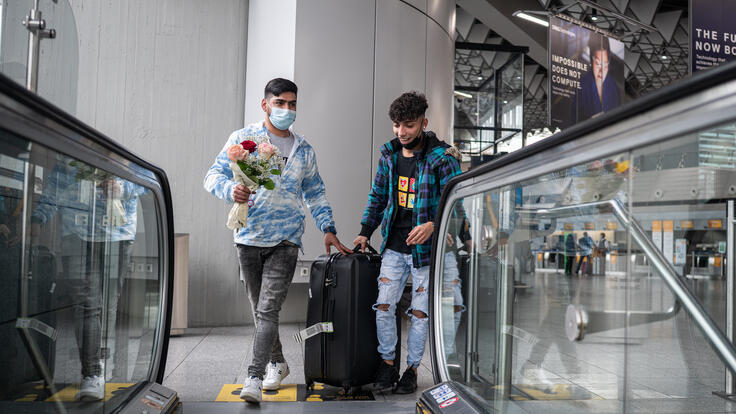 “Ali is determined to make a life for himself here,” Mehdi says. “Whatever he wishes to do, I will have his back and support him, no matter what happens.”
Photo: IRC

“In Germany, I will not be afraid,” Ali told us as he prepared for his flight. “I will have my brother with me. He will help me.”

“Ali is determined to make a life for himself here,” Mehdi says as he waits for his brother at the airport. “Whatever he wishes to do, I will have his back and support him, no matter what happens.” 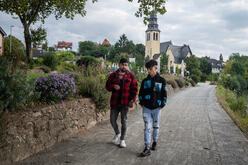 Ali and Mehdi hope their mother will be able to join them in Germany.
Photo: IRC

Ali’s arrival is an emotional one. After being delayed for five hours for final questioning before entry into his new country, he walks through the entrance marked “Arrivals” and sees Mehdi waiting. They grasp each other in a long embrace.

“I am utterly overjoyed,” says Ali. “When I saw him in the distance and then hugged him, it was a new feeling for me.”

The brothers hope their mother will be able to join them in Germany. They worry constantly that Afghanistan will collapse into chaos. “I follow social media every day.” Mehdi says. “I see every day that Afghanistan is struggling with a myriad of problems—poverty, unemployment—all Afghans are anxious and worried these days.” 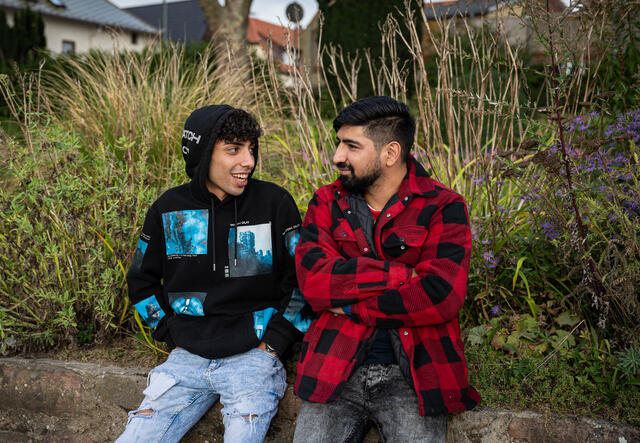 “A brother is your flesh and blood,” says Medhi. “I mean, everyone knows that there is a bond of brotherhood.”
Photo: IRC

For now, Mehdi is elated to have his brother with him, and they are hopeful about the future. “My main plan is to move forward, to advance. And along with me, Ali can make progress too, so that we can build a great world for ourselves.”

Says Ali, “I am climbing the ladder step by step, realizing my dreams, doing what I want to do.”

*Names have been changed to protect the family's identity.