A bridge to a new life

How do refugees get to the United States? For most, the journey starts at a Resettlement Support Center funded by the U.S. Department of State and run by partner agencies such as the International Rescue Committee.

Since 2005, the Resettlement Support Center operated by the International Rescue Committee in Southeast Asia has helped over 165,000 refugees from 43 countries start new lives in the United States.

The center assists refugees with their applications to the Department of Homeland Security, a process that involves up to 18 national and international agencies and typically takes from 18-36 months to complete. The center also prepares them for medical screenings, provides instruction on life in America, and makes referrals to stateside resettlement agencies.

With offices in Thailand and Malaysia, the RSC coordinates with the United Nations refugee agency (UNHCR), the International Organization of Migration (IOM) and other bodies, working with refugees from Afghanistan to Zimbabwe.

“Every day I leave my office knowing the refugees I speak to have more hope than when they arrived,” says Daphne Danaraj, an RSC cultural orientation manager in Kuala Lumpur, Malaysia. “We look at people’s stories and see the hardship, but that’s not who they are. They are their resilience. They are people who got through tough times.”

Every day I leave my office knowing the refugees I speak to have more hope than when they arrived.

Fadzil Imran Bin Ismail is one of the RSC’s cultural orientation trainers in Kuala Lumpur. He introduces his students to American culture, priming them for life in the United States. His four-day course covers topics like American customs and government, but also provides even more practical information, such as how to use a refrigerator.

Imran concludes his training sessions with an inspiring exercise. First, he writes “I will succeed in America,” on his white board, and asks his students to do the same in their notebooks. As he and most of his students use their right hands, Imran asks them to rewrite the phrase using their left hands. He does so on the white board.

“Look,” he says. “One side looks better. Right?” Quiet laughter fills the room. “But you wrote the words.… And with time, and practice, you will succeed.” 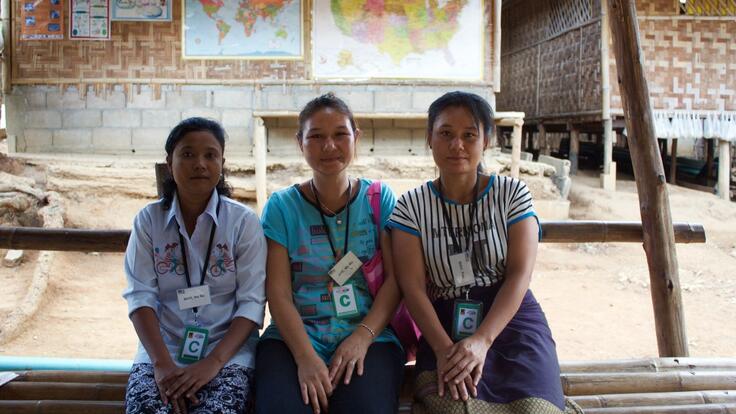 No Ra Mar, Ma Ma Aye and Pae Wah, pictured above, are about to depart for the United States, but to different places: Iowa, Texas and New York. “My father carried me to Thailand in his arms from our town in Karen state,” says Pae Wah. “We were running away from the fighting. It’s been 30 years.” The three agree on their hopes for the future, as expressed by Pae Wah: “I want to become a U.S. citizen. I hear I can have full rights as a citizen. I also hear that there are many different kinds of people, so I can be free.” 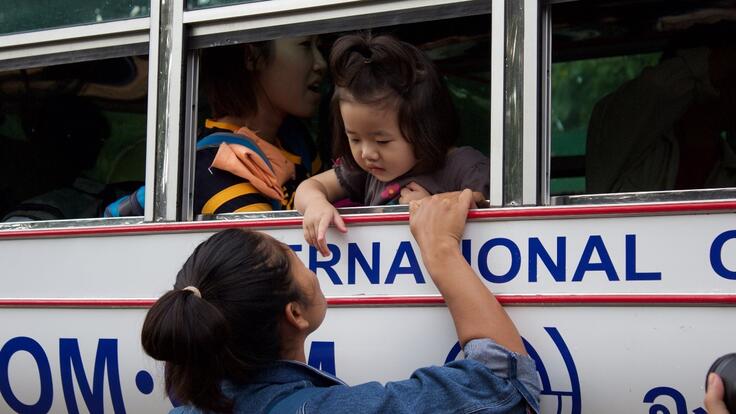 As a bus prepares to leave Mae La camp, Burmese refugees say goodbye to loved ones for the last time. Soon they will start new lives in the United States. They are among the fortunate: only 1 percent of the global refugee population has a chance at resettlement. 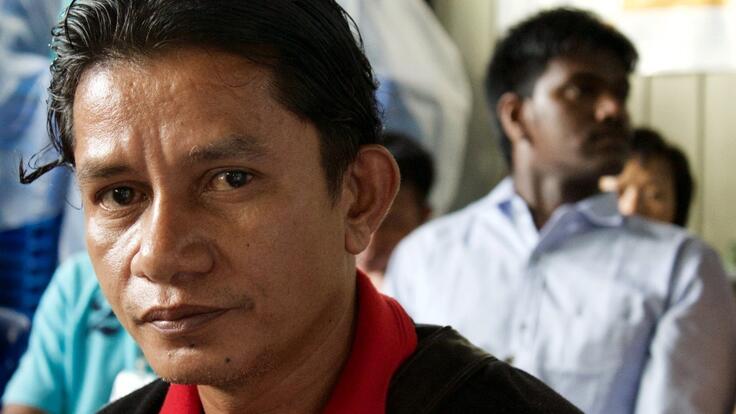 Mohammed Yunus, a Burmese refugee, has spent a decade trying to reunite his family. “I hope that I will be able to resettle in a place where I can learn,” he says. “I couldn’t study during my youth, and I am illiterate. I hope to get an education and be able to rebuild my life, and earn my happiness.” 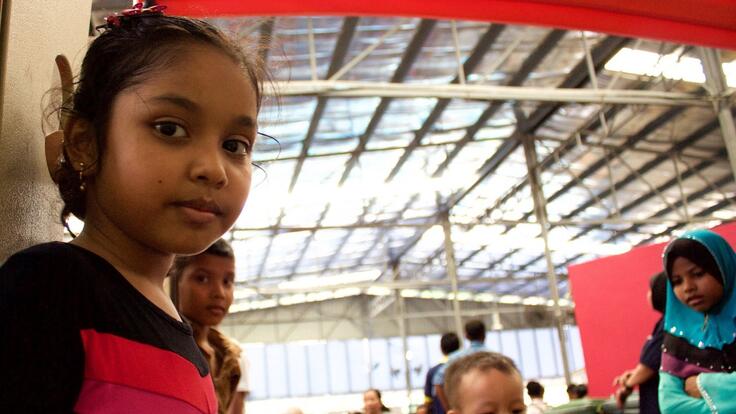 Children from all over the world, all awaiting the chance at resettlement with their families, pass the time in a small playground at the U.N. refugee agency compound in Kuala Lumpur, Malaysia. 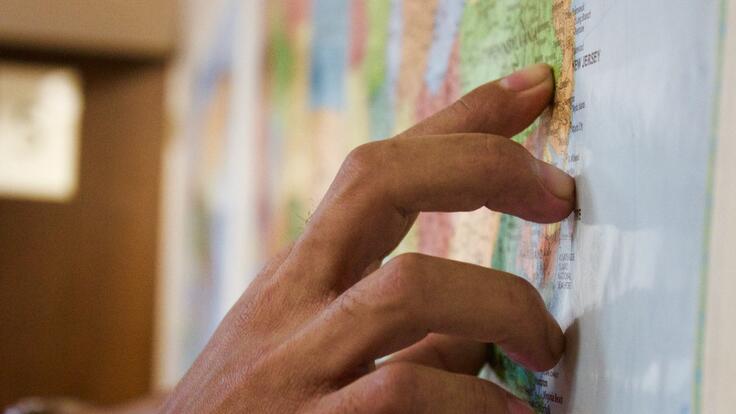 A refugee about to depart for America locates his new home on a map of the United States. RSC staff conduct preliminary interviews to confirm refugees’ eligibility for resettlement, and provide logistical and language support. 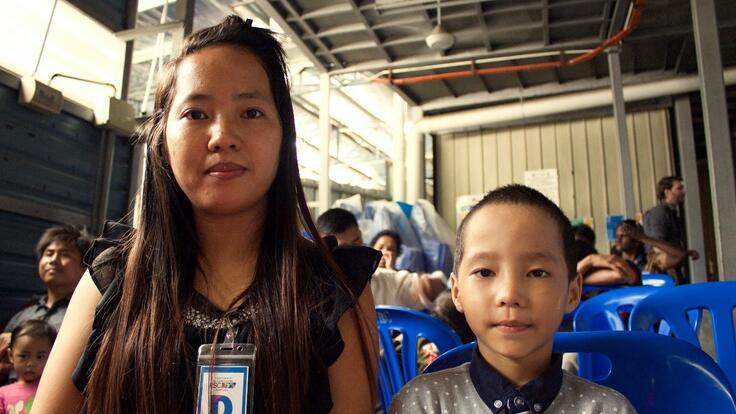 Ahi Nyi Ngwa and her son, Saw Ah Pu, refugees from Myanmar, walked for one week to find safety in Malaysia. “I have high hopes, especially for my children,” says Ahi Nyi Ngwa, shown here while waiting for a screening interview. “Hope is the only thing that drives us forward, and that gives us strength for another day.”

A challenge to welcome

The U.S. has a long tradition of offering refuge to those fleeing persecution and war. However, citing unfounded security fears, the Trump Administration has moved to suspend refugee resettlement, impacting thousands of vulnerable refugees—mostly women and children. The U.S. resettlement program is already regarded as the world’s most successful and secure. Learn more.