Idlib: An already catastrophic situation in Syria is getting worse

Fighting in northwest Syria, including Idlib, has uprooted nearly a million Syrians—triggering the largest displacement in the country’s nine-year-old war. Here’s what you need to know.

Idlib is located in northwest Syria and is the last major area controlled by the opposition. The province is home to nearly three million civilians, including one million children. 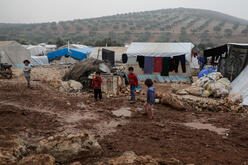 Children walk in the mud after heavy rainfall in Qah, a village in northern Idlib.
Photo: Abdullah Hammam/IRC

There are ongoing efforts by the Syrian government and its allies to take control of the province. 950,000 people have been forced to flee their homes since December—over half a million of them children. There are already 400,000 people displaced from fighting that began in April. If violence continues to escalate, an additional 400,000 civilians could soon be displaced.

“As people lose their homes, see their children killed by airstrikes or before their eyes as they desperately try to keep them warm, it is not only the humanitarian situation in Idlib that is at breaking point, but the people there too," said IRC regional policy and advocacy director Misty Buswell. Around 465 civilians have been killed since January 1.

As a result of the intensity of the shelling and airstrikes, 34 IRC staff members have been forced to flee their homes. 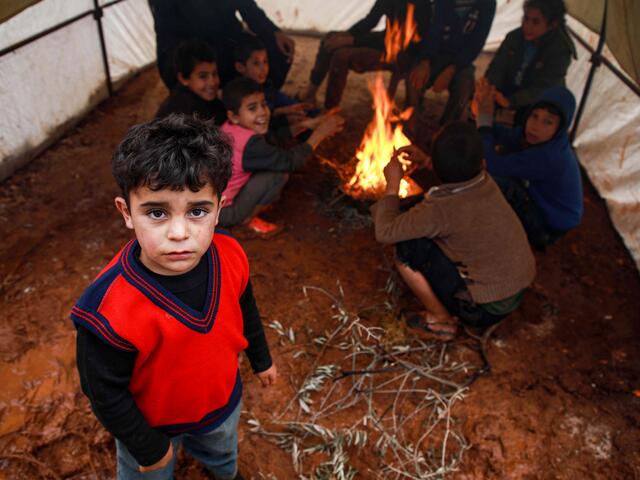 Children sit by a fire inside a tent in a displacement camp for Syrians in northwestern Idlib.
Photo: AAREF WATAD/AFP via Getty Images

The humanitarian situation in northwest Syria is reaching catastrophic levels. Many of the newly displaced families have no choice but to camp out in the open where temperatures drop close to zero when night falls. They urgently need food, shelter and fuel to keep warm as well as psychological support to help them cope with what has happened to them.

The health situation in Idlib is already particularly dire with a shortage of medical supplies. Many medical facilities have been attacked in the past, including two supported by the IRC. Most recently, the violence has forced the IRC and its partners to suspend operations in a number of medical facilities.

Around 1.4 million people in Idlib have been displaced by earlier waves of fighting in Syria. Since last April, 1,710 civilians, including 503 children, have been killed as a result of the military escalation, according to the United Nations. Shelling and airstrikes have hit schools, markets and displacement camps. 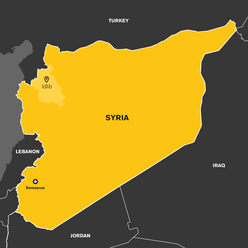 The IRC urgently calls for an immediate ceasefire; for all parties to the conflict to commit to the United Nations peace process in Geneva to bring an end to the Syrian conflict, and for all parties to abide by their obligations under international humanitarian law to protect civilians and ensure they are spared from the worst effects of the fighting. Humanitarian agencies must also be assured safe access—including cross-border access—to be able to help those in need.

“The crisis going on now in Idlib reflects an utter failure of diplomacy and the abandonment of Syrian civilians by the international community. We urgently need a ceasefire to prevent further loss of life,” Buswell said.

Each month, the IRC and its partners reach 72,000 patients living in makeshift camps and host communities in northwest Syria. We also supporti 20 health facilities (two hospitals, 11 primary health clinics, and seven mobile clinics) and two ambulance fleets. We are providing urgent cash assistance to families to help them get ready for the cold winter months. 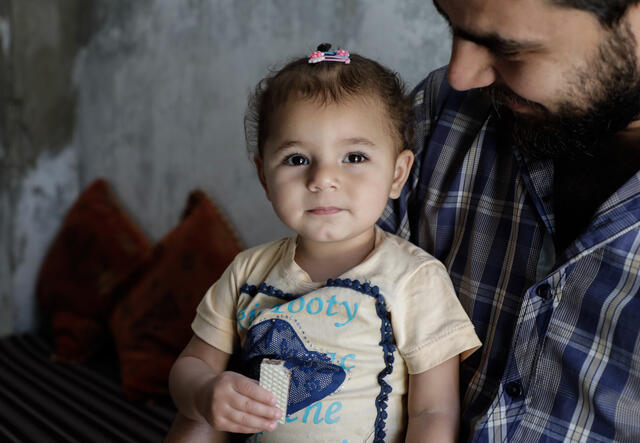 32-year-old Eyad lives in western Idlib with his wife and young daughter. He fled from Damascus during a six-day battle in 2012. “It was intense. Everyone cried when they walked out of the house. We had to move to [several] towns."
Photo: Abdullah Hammam/IRC

In addition, the IRC has two centers in northern Idlib where we have helped thousands of Syrians build skills for future employment and small businesses through apprenticeships, business start-up grants and life skills and vocational training.

Donate Now. Help the IRC provide vital aid to families in Syria, and support our work around the world.

Learn more ways on how to help Syrian refugees in the U.S. and other families uprooted by conflict.

Last year, the International Rescue Committee provided lifesaving support across Syria to over 1.1 million people—almost half of them children—who are struggling to survive a brutal war now in its eighth year. Learn more about our work.