Thank you for your compassionate response to the plight of refugees fleeing war and persecution in Syria and other countries in crisis—and especially for your interest in joining with the International Rescue Committee to assist them. Here's how to help Syrian refugees and other families uprooted by conflict:

Donate to an organization that helps Syrian refugees

The International Rescue Committee is providing humanitarian aid to millions of people displaced by seven years of brutal conflict in Syria. The IRC is the only aid group helping Syrians trapped by violence inside their country and helping Syrian refugees in Europe, the Middle East and the United States.

The IRC is consistently awarded high marks by charity watchdog groups for our efficient use of financial support and the effectiveness of our work.

You may be able to double — or even triple — the impact of your generous donation with a matching gift from your company. Many companies already match employee contributions to charitable organizations. See if your employer will join you in supporting the IRC and refugees.

Support refugees on an ongoing basis

By donating monthly as a Rescue Partner, you support the IRC’s lifesaving work in more than 40 countries and 29 U.S. cities. Your steady financial support enables the IRC to respond swiftly and effectively when conflict strikes, to rescue lives in the midst of chaos, and to help Syrian refugees and other fragile communities rebuild and move toward a more stable future.

Donate clothing or other goods to refugees

Cash donations are the most efficient way for humanitarian organizations like the IRC to provide assistance to Syrian refugees and others in need. However, many of the IRC’s offices in the United States accept certain in-kind donations of clothing, children’s items and household goods to benefit refugees rebuilding their lives in the U.S. Reach out to the IRC office closest to you for information on the items that are most needed.

Unfortunately, we cannot accept in-kind donations of emergency relief items from the general public for refugees outside of the U.S. These items often include offers of air travel, clothing, tents, food items, etc. Additional information on why the IRC and other aid organizations adhere to these policies can be found on the Center for International Disaster Information website.

We’ve created a special fundraising feature to make it easy to raise money for Syrian refugees and other refugees online. Set up a personalized donation page and ask your friends, family and community to donate to help people whose lives have been shattered by war and persecution who are seeking safety.

Due to security reasons, the IRC does not send volunteers to our overseas programs, even in emergencies.

Speak out to support refugees and resettlement

With the Trump administration's travel ban in full effect, the the U.S. has drastically reduced the number of refugees allowed to enter the country for resettlement. The IRC projects only 21,292 refugees will be resettled in the U.S. in 2018—77 percent below the historic annual average. At the same time, the number of Syrian refugees who have been safely resettled in America has dropped by almost 100 percent.

Join us in asking elected officials in the U.S. to offer a safe haven and a new start to Syrian families and other refugees fleeing war and persecution at home. You can also call on world leaders to make all #RefugeesWelcome.

Learn more about the IRC's relief and refugee resettlement efforts

Read an overview of the IRC’s response to the refugee crisis and learn more about our work on behalf of Syrian refugees in Iraq, Jordan, Lebanon, Europe and the United States.

Join the International Rescue Committee on Facebook, Twitter and Instagram and to get updates on the Syria crisis response and ways you can help Syrian refugees, and to help us spread the word. Thank you. 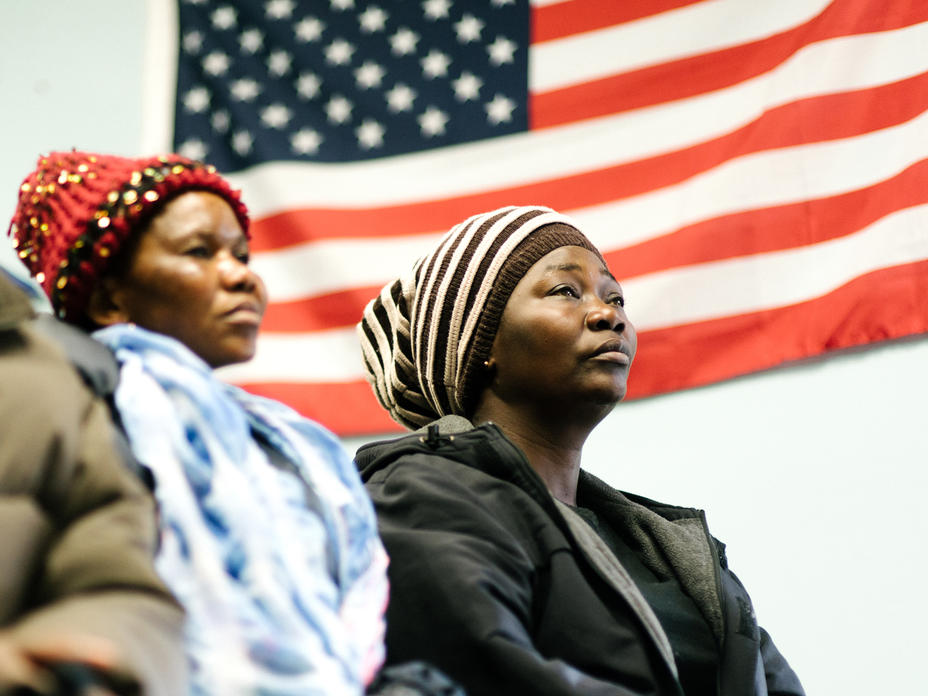 Help us support refugees in the U.S. and in crisis areas worldwide.