Russia's invasion of Ukraine has already forced over 6 million refugees to flee. Most are women and children. Learn what you can do to help.

The world watched in shock as the Russian military invaded Ukraine on February 24 and began targeting homes, hospitals, bridges and schools.

More than 7.7 million people—mostly women and children—have left to seek safety in neighboring Moldova, Poland and other European states amid the growing crisis in Ukraine. Over 7 million people are displaced inside the country as the conflict continues.

The escalation of violence between Russia and Ukraine will lead to grave human suffering. Here are some ways you can help the people of Ukraine: 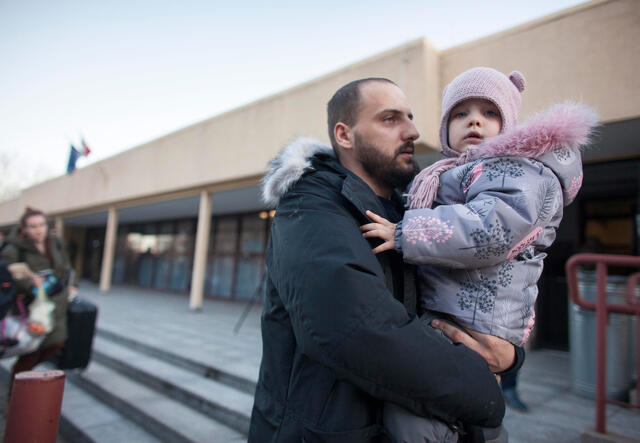 A family disembarks from the first train with Ukrainian refugees that arrived in Przemysl, Poland.
Photo: Maciej Luczniewski/NurPhoto

How to help Ukraine

In Ukraine, we are working with local partners to support the evacuation of women and children, and provide critical information and psychological support, as well as blankets, sleeping bags and warm clothes to people who have been displaced. We are also providing cash so people in need can purchase what they need the most.

In Poland, we are on the ground and working through our partners there to provide legal counseling, translation services and psychological support to some of the over 3 million people who have arrived from Ukraine. We are also distributing medical supplies and procuring essential items such as sleeping bags and blankets for distribution at reception centers on the Ukrainian/Polish border

Working with partners allows us to bolster the crisis response of people who have already been active in the community and are experts on the local context.

One of the best ways you can help right now is by rushing an emergency donation to help us assist those in crisis in Ukraine and around the world.

The IRC is consistently awarded top marks by charity watchdog groups for our efficient use of donor contributions and the effectiveness of our work. Read reasons to give to the IRC.

Learn more about our work responding to emergencies like the war in Ukraine.

Get informed about the situation

The Russian invasion has the potential to create the worst humanitarian crisis Europe has seen in decades.

Even before the attacks began on February 24, Ukrainians' lives were affected by armed conflict. In 2014, Russia annexed Crimea and began backing pro-Russian separatists in parts of eastern Ukraine. Over the past eight years, fighting in this region has uprooted 850,000 Ukrainians from their homes, and placed 3 million people in need of aid.

You can get up to speed on the situation here.

Worldwide, over 82 million people had already been forcibly displaced from their homes before the crisis in Ukraine—more than at any time since World War ll. They have fled crises like the civil wars in Syria and Yemen, the shift in power in Afghanistan, and gang violence in Central America. Now, Russia's invasion of Ukraine is uprooting millions more and is on track to become Europe’s largest refugee crisis this century.

In the United States, the Biden Administration announced that the country will use all legal pathways possible to welcome up to 100,000 Ukrainians and others fleeing the conflict. In addition, Congress has passed a bill which will provide additional humanitarian aid, as well as funding to strengthen the U.S. refugee resettlement infrastructure. The IRC applauds these actions.

Given the record numbers of refugees around the globe, we also urge the administration to set robust refugee resettlement goals and ensure the system is nimble enough to rapidly respond to emerging crises.

The IRC stands in solidarity with the people and families of Ukraine whose lives are being impacted by the invasion. One way you can show them your support is by sharing this post:

Welcome refugees from Ukraine and around the world

People from all over the world resettle in the U.S. after fleeing their country, including many Afghans who fled after the change in government last August. The IRC works in 25 cities across the U.S. to welcome these refugees and help them rebuild their lives. There are a number of ways to get involved:

What world leaders can do to help Ukrainians

The IRC strongly backs the United Nations Secretary General’s call to protect civilians in line with international humanitarian law. Ukrainians urgently need an immediate ceasefire and a political solution that spares lives and prevents suffering. The UN Charter must be respected and international humanitarian law followed, including the protection of schools and hospitals. 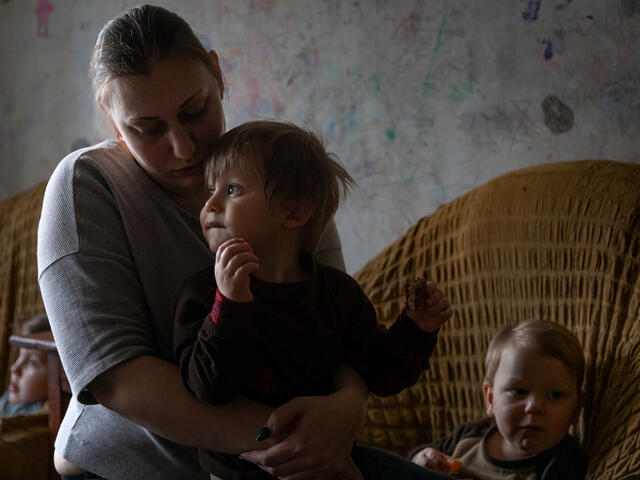 Countries bordering Ukraine must prepare to welcome their neighbors who have been forced to flee their homes. The international community must scale up funding for services to support refugees and asylum seekers. People must be allowed to move freely, and aid agencies must be granted access to everyone in need of aid.

Europe must not just offer protection to Ukrainian nationals who have visa-free access to the EU, but to people of all citizenship and nationalities fleeing Ukraine who face grave dangers as conflict escalates.

Get funds to where they are needed most

The world must prepare for the worst and get funds to relief services inside and outside Ukraine. This will save lives and alleviate human suffering.

Stand united in calling for an end to violence in Ukraine

​​The international community must remain united and apply diplomatic pressure to focus on a political settlement.