IRC responds to Idlib attack: how you can help

Some 100 people are reported dead and hundreds more injured in a chemical weapons attack on Tuesday in the town of Khan Sheikhoun, in Syria’s northern Idlib province. Doctors at a hospital supported by the International Rescue Committee in the city of Idlib were able to save the lives of 10 people caught in the attack.

Trained in how to treat people affected by nerve agents, these doctors from IRC partner Syrian Expatriate Medical Association (SEMA) were able to use medicines that act as antidotes, as well as ventilators and other specialized equipment stockpiled at the hospital. They are continuing to work for their patients’ full recovery under constant threat of attacks targeting hospitals. 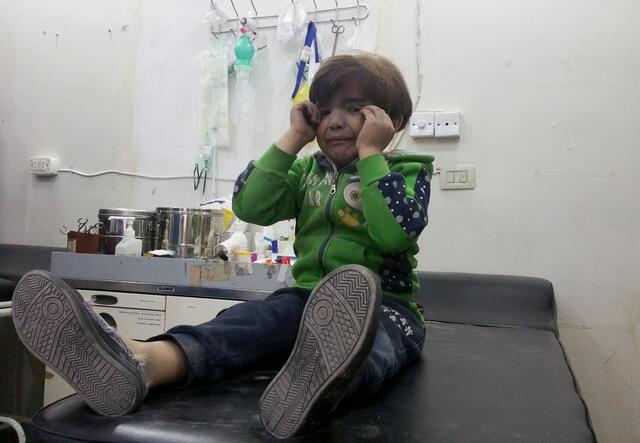 A Syrian child receives treatment at a hospital in the town of Maaret al-Noman following a suspected chemical gas attack on April 4. The attack took place in the town of Khan Sheikhoun in Syria’s northern Idlib province.
Photo: MOHAMED AL-BAKOUR/AFP/Getty Images

In addition, an IRC ambulance transported another 10 people affected by the attack to a hospital in northern Idlib.

Last year the IRC reached more than 300,000 people in Idlib with lifesaving health care, mainly through our four primary health clinics (two of them mobile units) and seven partner clinics and hospitals. We trained clinic staff and community health workers on how to respond to chemical attacks, and these health workers in turn taught people in their communities how to protect themselves from contamination. We are continuing to prioritize training combined with emergency preparedness and planning for IRC health teams and our partners. 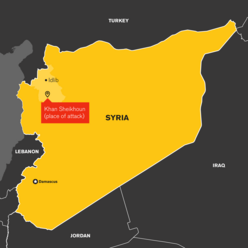 The IRC also continues to provide education, job skills training and other support to Syrians in Idlib who are still coping with violence after six years of war. Across Syria, the IRC reaches 1 million people with vital aid.

This horrific attack is only the latest of many targeting civilians in Idlib, which is home to 2 million people—including 700,000 displaced by conflict in other parts of Syria. It is further proof that the current ceasefire in Syria is a ceasefire in name only. The IRC is calling on the United Nations Security Council to investigate this latest atrocity and hold the perpetrators to account.

Learn more about what Syrians need in the wake of the attack.