A decade of destruction: attacks on health care in Syria

The International Rescue Committee has documented the devastating consequences of attacks on health facilities as a strategy of war.

Since the onset of the Syria conflict in March 2011, civilians have borne the brunt of the violence and withstood untold suffering. Their health facilities have been hit particularly hard, even though they are protected from attack under international law and should be safe havens in times of great need.

The report finds that even as the COVID-19 pandemic spread in 2020, attacks persisted, destroying hospitals, killing medical personnel, and preventing many from seeking and receiving lifesaving medical attention. The remaining Syrian medical practitioners have risked their own lives to provide health care in the midst of horrific violence, despite a lack of equipment and medication. 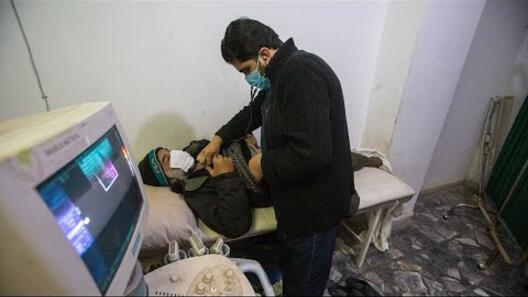 Video
A Syrian doctor describes working through a hospital attack

59% of civilians in northwest Syria have been directly impacted by an attack on health care facilities.

“The most important thing, we wish for the bombing to stop. For our people at least, for the situation to become safe, we want the hospitals to be safe.” — Basel, hospital administration worker in Idlib

“My house was bombed while I was pregnant. I suffered from severe bleeding and lost my first child. I was unable to go to the clinic because I was afraid of the bombing.” — Layla from Atareb, Aleppo 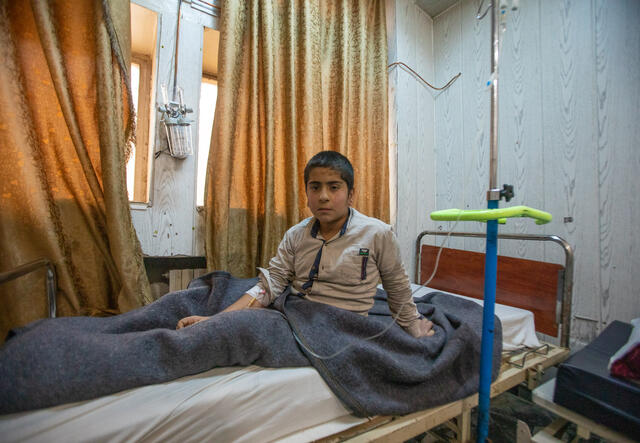 The IRC is calling on the UN and world leaders to strengthen accountability for violations of international law and ensure people in Syria get the health care they need.
Photo: Khaled Idlbe/IRC

56% of Syrians fear living in proximity to a health facility given the risk of attack.

“Death is better than living next to a health facility. ” – Noor from Maaret Tamsrin

84% of health workers reported that attacks on health care directly affected them, their team or their patients, and 81% know of patients or colleagues who were killed in attacks.

“Between one bomb and the next, it would feel like our life was flashing before our eyes, not just for me, but for the children who hadn’t yet seen anything in this world.” — Ghaith, an IRC clinic nurse who was administering vaccines to infants when an attack began. 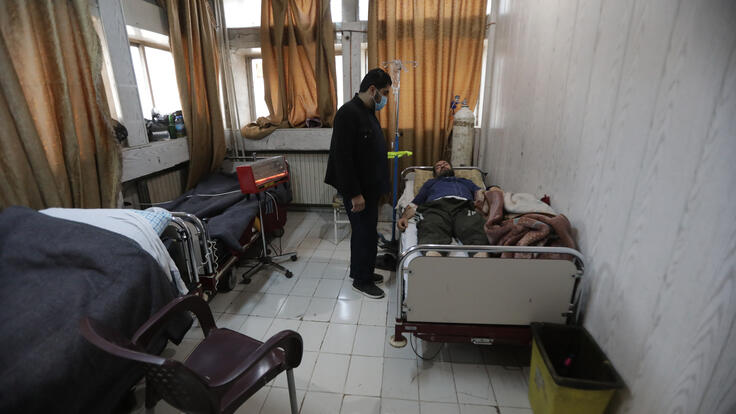 Dr. Taher, a general surgeon, examines a patient at the IRC-supported Idlib Surgical Hospital in northwest Syria. The hospital where he worked previously was attacked three times while he was on duty.
Photo: Khaled Idlbe/IRC

One in four health practitioners witnessed attacks that left facilities beyond repair or restoration, with many setting up facilities in unconventional places such as caves, private homes and underground cellars.

“When we hear anyone passing, such as in a motorcycle, or in any vehicle, we think: now the shelling will start, now we will lose someone, now we will get buried underground.” — Zain, a women’s ward nurse

Only 64% of hospitals and 52% of primary health care centers are functioning across Syria, while an estimated 70% of the health workforce has fled the country.

“What we have been through has wholly affected our psyches. When you see your brother or your friend or son with their hand cut off or their leg cut off…this is a situation no mind would accept. But with the resilience of the medical staff and the resilience of those managing the work, with God’s support, the hospital remained in operation, providing these extraordinary services.” — Saleh, a senior nurse at a hospital in Idlib city. 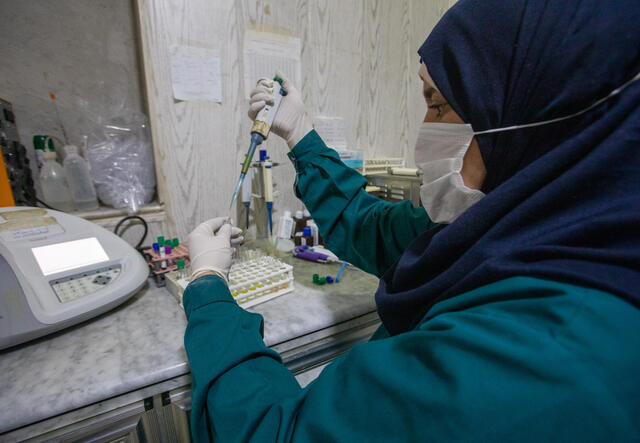 A lab technician analyzes a blood test at Idlib Surgical Hospital. Only 64% of hospitals and 52% of primary health care centers are functioning across Syria
Photo: Khaled Idlbe/IRC

While the world is focused on returning to normal once the coronavirus pandemic ends, Syrians cannot afford a return to the status quo. The IRC is calling on the United Nations and world leaders to strengthen accountability for violations of international law and ensure people in Syria get the health care they need. After 10 years of unrelenting conflict, Syrians deserve to have their rights acknowledged and protected. 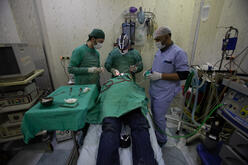 The IRC has partnered with local organizations in Syria to ensure the uninterrupted flow of medicines, supplies and health care equipment.
Photo: Khaled Idlbe/IRC

The IRC has been working in Syria since 2012, supporting vulnerable communities suffering from violence, displacement and poverty. We’ve partnered with local organizations to ensure the uninterrupted flow of medicines, supplies and health care equipment. We also operate clinics and mobile teams to provide lifesaving trauma services and reproductive care. Additionally, we have a fleet of ambulances, five of which are dedicated to the COVID-19 response, transporting people who may have the virus to testing facilities and then transferring them for treatment. Our response to the pandemic also includes public education campaigns and training health workers in infection prevention and control.

Through everything, we keep going. If people need help, our team is there to provide it.

“Through everything, we keep going,” says Taj-aldein Alkaisi, interim deputy director of operations for the IRC in Syria. “If people need help, our team is there to provide it. Even when they themselves are facing the worst, our staff’s motivation doesn’t stop—and it is their unrelenting dedication and determination to help people that makes our response inside Syria possible.”