For Khalida Faizi, 33, sambusas are more than just a popular street food in Afghanistan. After living for 7 years in the United States, she has embraced the dish as a potent reminder of happier times in her native country. 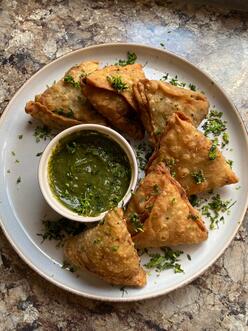 Photo: Zaynah Din for the IRC

Khalida grew up at a time when schools for girls were re-opening and she would bring sambusas to celebratory gatherings. “I would prepare them and take them to school, where all my classmates would praise my delicious cooking and give me compliments,” she says, smiling as she remembers. “This way, I was appreciated and encouraged even more.”

In fact, it was on her way to school where Khalida first learned how to make sambusas. Her teacher was a street vendor. Khalida watched her prepare the sambusas and fry them until she memorized the method. Over 20 years later, Khalida continues to make sambusas the same way.

“I feel a lot happier while cooking, because it rekindles my past years and my memories,” she says. “It is as if I haven't grown up; I feel the same energy I had when I was younger.”

Below is the sambusa recipe Khalida learned on her way to school. Enjoy! 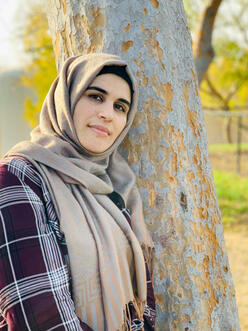 Fresh lemon (or vinegar), salt and pepper to taste