The knock at the door that led to a lasting friendship

Robert Sebatware was hesitant to open the door. He and his wife, Esther, had just arrived in Phoenix, Arizona with their two young children. They were resettled by the International Rescue Committee after escaping war in the Democratic Republic of Congo and living 20 years in a refugee camp in Uganda.

Is it a robber? he thought.

Robert took a deep breath and opened the door. That’s when he met Dave Kurz from the IRC, a staff member who helped refugees like Robert  adapt to their new environment.

It was a meeting that would change both men’s lives. In the years to come, Robert and Esther would thrive in their new life, buying a house and eventually offering guidance to other newcomers to the U.S. Dave would retire but stay close with Robert. Together, they formed strong bonds of friendship.

“They are now my family,” Robert says.

In the interview below, Robert, 28 and Dave, 67, share stories of how they met, their favorite moments together, and why Robert’s kids love “Grandpa Dave.” You can also read more about Robert’s journey and dreams for the future. 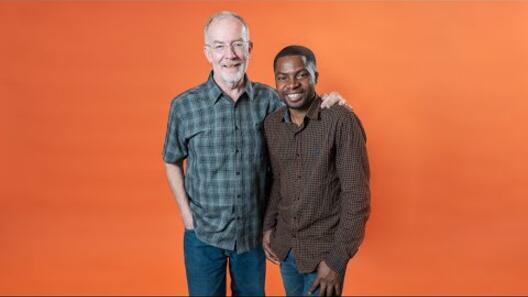 Video
Stories of Welcome: A mentor becomes a friend

Robert: I met Dave and his wife Julie when I first came to America. Dave came to my house to give me a welcome. I didn’t have anyone here in the U.S. My parents are still living in the refugee camp in Uganda. Everything was new. I thought I knew English—but when I got here—it wasn’t enough. But Dave understood me. I couldn’t understand him, but he understood me and that was really special.

Dave: Part of my job at the IRC was to coordinate the visits to [newly arrived] families to find out what they need. When I asked Robert what he needed, he looked at me and he said, “I need somebody to mentor me in America.” 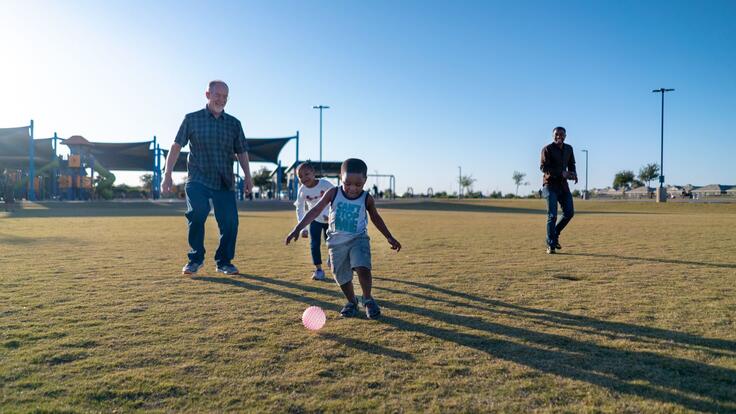 Robert: I wanted someone to teach me things related to the country like laws and regulations. But then we became close friends and I see him as a father. My children call him Grandpa Dave.

Dave and his wife have become like family to me. I gave a call to my dad (Robert’s parents are still in Uganda, waiting to be resettled in the United States) when I met Dave and said I got another dad and mom here in Phoenix. And dad was like, “Oh, good, you found someone to help.”

Dave: It's just been an absolute privilege to be called a Dad. It's tremendous.

When I was at her apartment, Robert took me into the kitchen and he [points] to the dishwasher and says, “We have this here and we do not know what it is or what it does.” [Laughs.] They're just the sweetest family. It’s been a fantastic relationship. 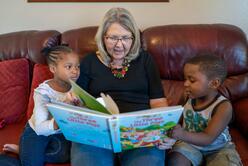 Julie Kurz reads to Sandra and Agape at their home in Phoenix, Arizona.
Photo: Andrew Oberstadt/IRC

Robert: Dave and his wife gave me a lot of things, which I wasn’t expecting. One time, he wanted to take us to the park, but I was thinking parks weren’t for people like us. They taught me how to eat a hamburger! And I had a bagel for the first time. I’m a super fan of hamburgers! We also had special moments. Julie surprised [Esther and me] for our anniversary. Our meeting brought smiles to us because we had lost hope.

Dave: Some of the things I've learned [from Robert] have been the circumstances that they endured overseas in their lifetime. There are things that Americans just can't even relate to or would even believe unless they met a refugee.

I always tell people that if you fear refugees, it's only because you have not met the families like I did. Let me introduce you to some of the people I know because my life would be so much more shallow without families like Robert and Esther.

Robert: I am very, very proud of refugees in the United States. When you talk to them, their focus is on work. They are boosting the economy of this country.

Refugees are human beings looking for hope again. I will never stop speaking about refugees because they’re my family. 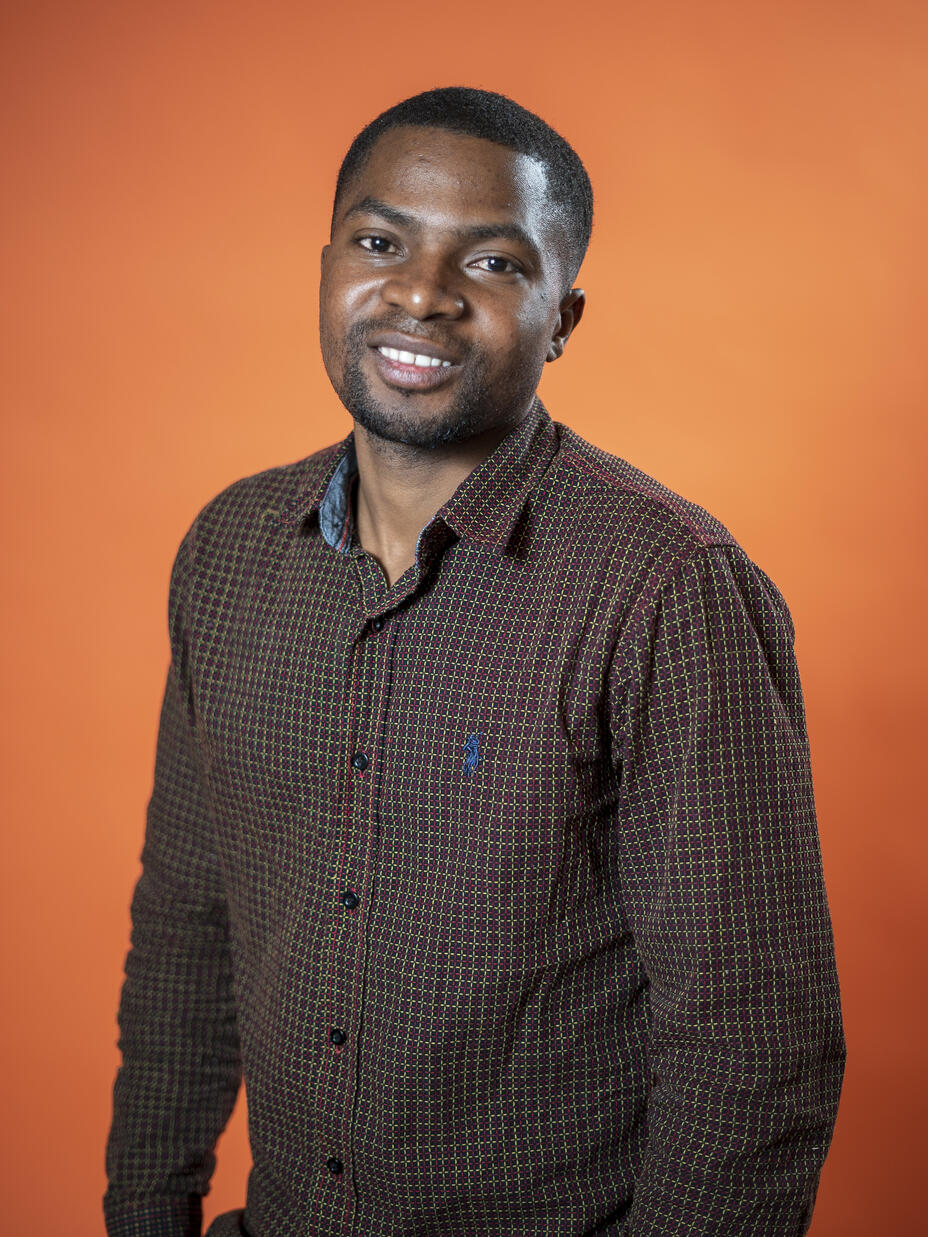 Robert lived in a refugee camp in Uganda for more than 20 years after escaping war in the Democratic Republic of Congo. He was just four years old when his village was attacked. Today, he dreams of going back to school to study human rights.
Photo: Andrew Oberstadt/IRC

Editor’s note: Although this interview was conducted in 2019, the lives of the two families remain intertwined. Robert has begun a job handling logistics for a group home, building on his experience in Uganda working with organizations that help people with disabilities and HIV. His young daughter finished kindergarten and “Grandpa Dave” was able to attend the parking lot graduation ceremony.

Dave’s role as a father figure in Robert’s life has taken on a special importance as Robert fights to bring his own parents to the United States. He is currently supporting them in Uganda as they wait to join their family in Phoenix a full year after they were told they were approved for resettlement. “I miss them,” Robert told the IRC.

For Dave’s part, he continues to cherish his relationship with Robert, Esther, and their children. “Their friendship brings so much joy and richness to our lives,” he says.