Notes from Poland in a time of crisis

“I know it sounds mad, but I felt like we needed luck, and I had to pack it.” Lyudmila held up a tiny black leotard studded with sequins—the dance costume her daughter was to wear for a competition in their home city in central Ukraine until the conflict sent them fleeing to Poland.

Lyudmila, dressed in a purple tracksuit, her nails freshly manicured, arrived at the border with her sister, and her young daughter. They are among the many families torn apart by the war that erupted on February 24. Mothers, wives, and sisters forced to leave behind sons, husbands, and brothers.

People are fleeing for their lives

I have been in Poland since March 1, working with the International Rescue Committee (IRC) to help Ukrainians reach safety—and consequently watching the largest refugee crisis in Europe since WWII unfold in real time. As the conflict escalates, it has become increasingly clear that people are fleeing for their lives. People now arrive with small shopping bags instead of large suitcases. The looks of defiance etched on the faces of early evacuees have been replaced with vacant stares and downcast eyes. A 25-year-old woman clutches the puppy that was a Christmas gift from her boyfriend. A woman in her late forties anxiously awaits her daughters, who, when they finally arrive, are still wearing their pajamas. 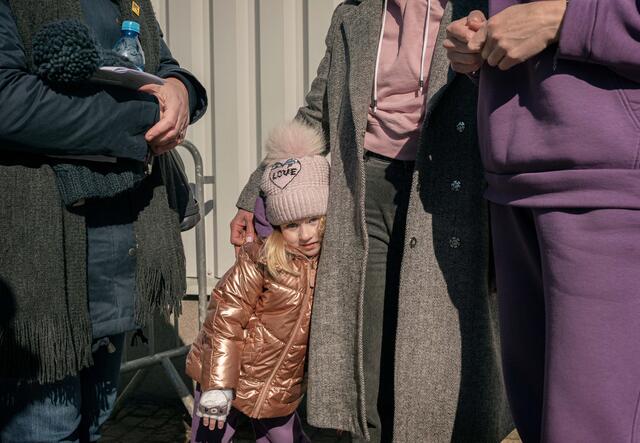 As the conflict escalates, it has become increasingly clear that people are fleeing for their lives.
Photo: Francesco Pistilli for the IRC

More than 4 million people have now fled Ukraine to seek safety in neighboring countries: Romania, Hungary, Slovakia and Moldova as well as Poland, which alone has welcomed over 2 million. Those who have left their homes without official documents are especially vulnerable to exploitation and abuse, including human trafficking. The first few days and weeks are critical, as families urgently need information about services available to support them.

The IRC is providing essential items

The IRC is on the ground in Poland working with partners to provide food, water, health care, emergency shelter, sanitation facilities and other assistance. We are procuring essential items such as sleeping bags and blankets, and providing medical equipment to health teams operating at refugee reception centers and border crossing points. We also assist new arrivals with psychosocial and legal support, cultural assistance and translation services.

Most families will travel further into Poland or continue on to other European countries. Their needs will become greater. Ukrainian currency is virtually worthless owing to high exchange rates. Many people will require mental health support as the trauma of war reveals its emotional and psychological toll over time. 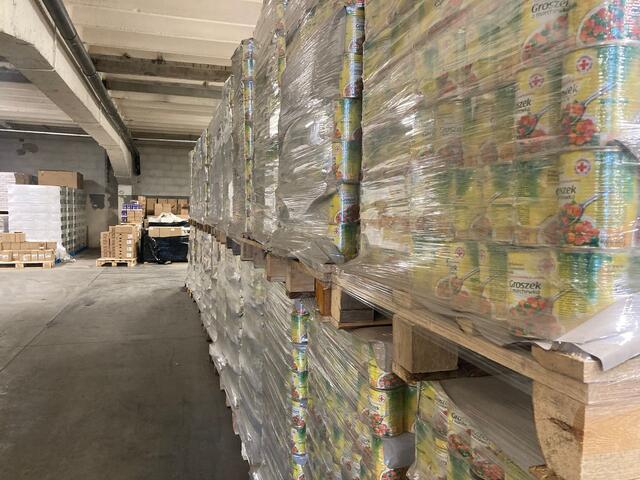 The IRC is working with partners to deliver essential items to people still in Ukraine. These include groceries, blankets, warm clothes, electrical appliances and stoves where gas and electricity has been destroyed.
Photo: Nancy Dent for the IRC

Some 6.5 million people remain displaced inside Ukraine. Another 12 million could be stranded or trapped due to the destruction of bridges and roads and increasing violence. The IRC is working with our partners inside Ukraine to support evacuation efforts for women and children and provide emergency assistance to internally displaced people. This includes helping people to register as displaced as well as ensuring they have groceries, blankets, warm clothes, and stoves that work in places where power has been cut off.

Refugees must be welcomed everywhere

Here in Poland, I have been heartened to witness an entire country mobilizing to make sure people fleeing Ukraine have access to everything they need. Everyone from grassroots activists to local officials, civil society organizations to the national government, have pulled together to provide refugees with a warm welcome. 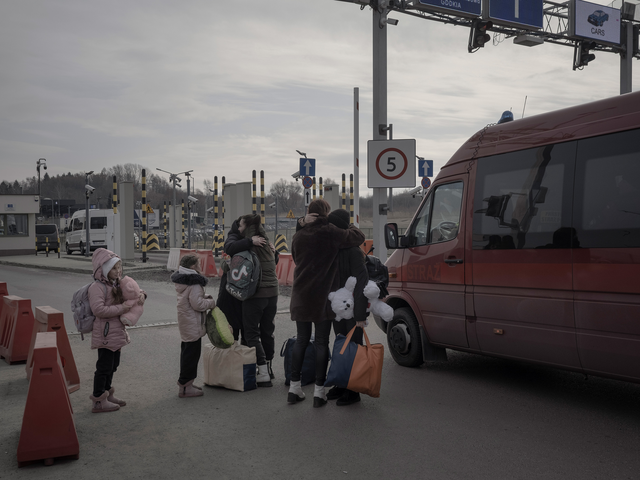 As families arrive from Ukraine, they urgently need information about services available to support them.
Photo: Francesco Pistilli for the IRC

I see buses providing evacuees with free transportation. And as Ukrainians journey into Poland, they see messages of solidarity beaming from roadside billboards. Volunteers are providing accommodation, food and clothing.

But this is just the beginning. I am hopeful that what is happening in Poland will blossom into a sustained welcome for refugees everywhere. Those arriving in Europe now will need access to jobs, schools and hospitals later on. And not just those people fleeing Ukraine: they have experienced something horrific, but so too have people who have fled conflicts in places like Afghanistan and Syria.

Seeking asylum is a human right, and refugees should be welcome everywhere.