Iraqis who fled ISIS describe the brutality and oppression they suffered under the extremist group’s rule.

A humanitarian catastrophe threatens Iraq. More than 1 million people are expected to flee when government forces move to retake Mosul from ISIS, which seized control of the city two years ago.

Humanitarian aid agencies are racing to be ready to assist as many as 700,000 of the displaced who will need food, water, shelter and medical care. These traumatized families will also require longer-term support to help them to recover.

Recent military operations to retake ISIS-controlled areas have already uprooted 240,000 people from their homes in cities like Fallujah and the areas south of Mosul. Some 3 million Iraqis remain trapped, living under ISIS’s brutal rule. ISIS imposes strict laws of dress and behavior and carries out harsh punishment – including execution – for any disobedience.

Displaced Iraqis now living in Kirkuk in northern Iraq have told International Rescue Committee aid workers about the nightmare of life under ISIS. Here are some of their stories: 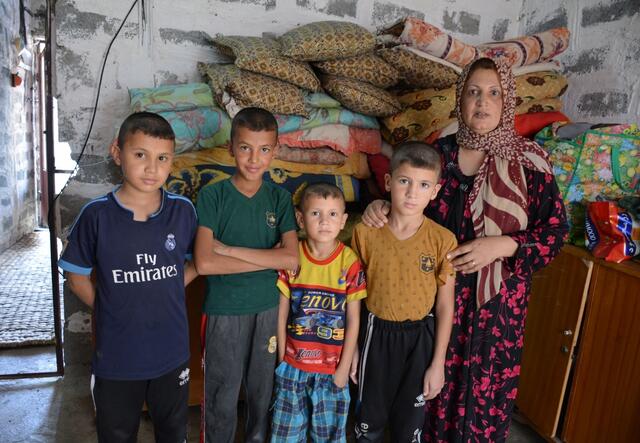 Name: Thatha*
Age: 40
From: Hawija
Fled to: Kirkuk in June with her four young sons

We lived comfortably before ISIS. Our life was very nice. But everything changed after they arrived.

They attacked us at night. My sister and her husband were both killed. We found them dead in their beds the next day. Only their small children were left alive. We don’t know why they were killed, but we think it’s because two of my sister’s sons are in the Iraqi army.

They executed anyone accused of being ‘traitors’ and connected to the [Iraqi] government. They would leave their bodies hanging on poles for a week. Women who don’t wear the veil will be executed.

We left only with the clothes we were wearing. I have other brothers and sisters who couldn’t escape. I miss them a lot. We call them on cell phones, but we have to be careful. Anyone caught with a phone can be executed.

We now live in Kirkuk in this building, which has two rooms and a kitchen, but also snakes. Big snakes. We are very scared. It’s hard to put the children to sleep because they are scared of the snakes.

We are in debt and haven’t paid the rent. If we don’t pay we will have to leave. I have no idea where we will go. Watch Thatha's story. 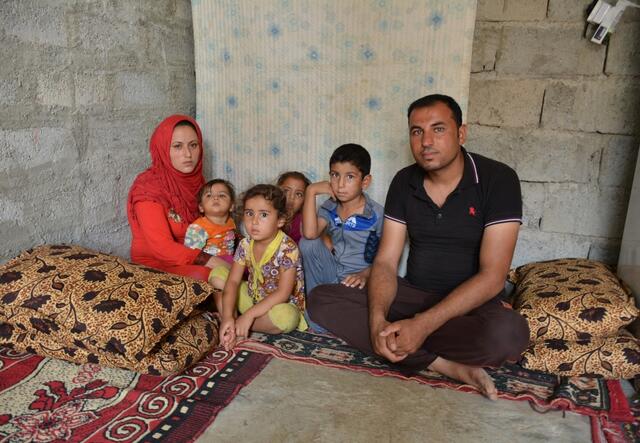 Amar, 31, fled his home in Hawija, Iraq with his wife and four young children.
Photo: IRC

Name: Amar*
Age: 31
From: Hawija
Fled to: Kirkuk at the end of August with his wife Sweheila, 25, and four children aged 2-6 years old

We left because of the executions and harassment. We were forced to dress a certain way. We were hungry, we had no money – prices were crazy high and there was no work. Money is the most important thing we need now to pay rent and buy food. We had to leave.

We couldn’t bring anything with us because we were walking. But we also didn’t want ISIS to know we were leaving – anyone captured for leaving would be executed.

We walked straight into the wilderness and crossed over a mountain to avoid checkpoints. We walked 16 hours. I had to carry my children who were very thirsty and hungry.

We had to be careful where we stepped. Around 40 families crossed together, but some were killed on the way. I don’t know how many; it was dark. We didn’t stop for anything. We would have been killed if we were caught. 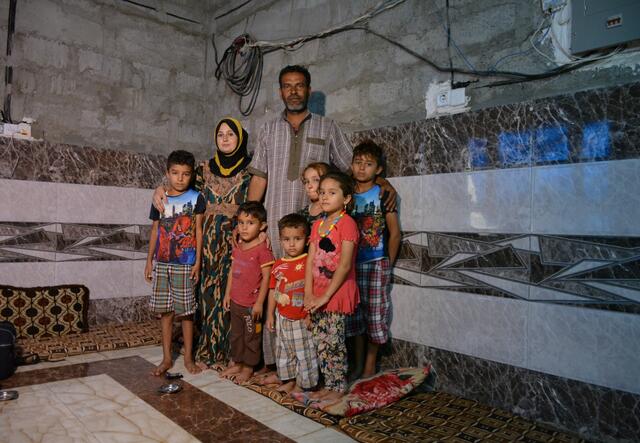 Name: Naser*
Age: 38
From: Qayyarah
Fled to: Kirkuk with his ill father and wife Assem at the end of July

I left because of ISIS. They were very cruel. You had to obey their rules. If they even saw a finger of a woman showing, they would threaten violence. If you resisted in any way, you would be killed. Two of my brothers were beaten for many hours after being accused of working with the Iraqi army. Anyone with a cell phone would be executed as a traitor.

After the start of the military operation, we decided to run because the children were too scared by the bombings and explosions. I had to practice before making the journey. I made my children walk for 30 minutes every day so they were ready for the walk.

If you are caught trying to leave, your belongings would be confiscated and your house destroyed. Two of my cousins were killed trying to escape. Three managed it. All five of their homes were later blown up.

We had to walk for about three hours trying to avoid the mines and explosive devices. We used a shepherd who knew the safest route to show us the way. I passed one checkpoint by saying I was going to get medicine for my father-in-law’s brain tumour.

Why Mosul has hit the headlines