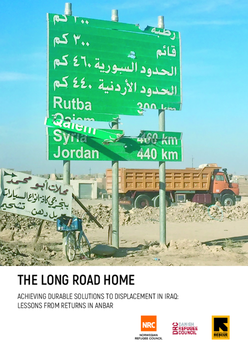 The majority of Iraqis currently displaced in Anbar by the war against the Islamic State (ISIS) feel safer in camps than back home amid moves by Iraqi authorities to return thousands of families to their places of origin, at times with fatal consequences.

The Long Road Home is a report compiled by the Danish Refugee Council (DRC), the International Rescue Committee (IRC) and the Norwegian Refugee Council (NRC), includes interviews with people living in displacement camps in Anbar and found that: