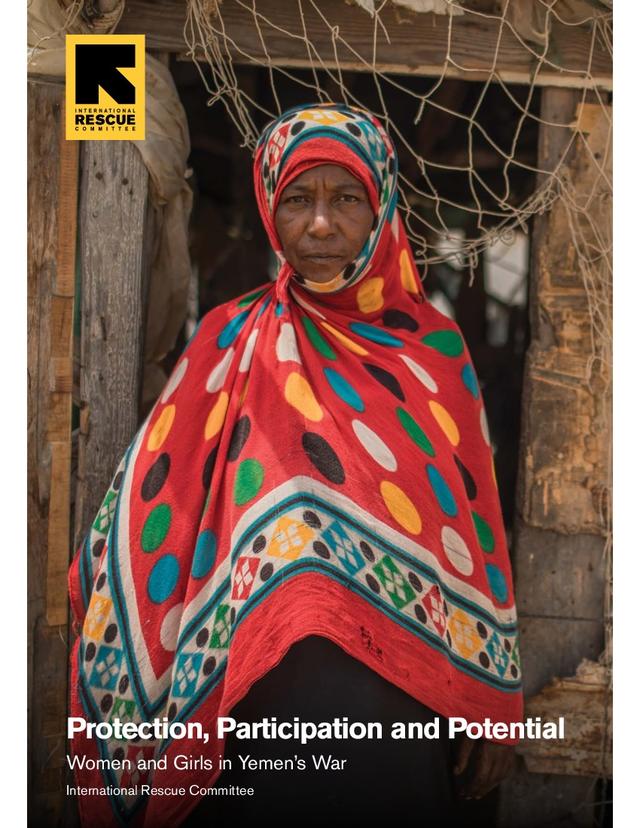 Nearly 4 years of war in Yemen has led to the largest humanitarian crisis in the world.

The war has had a unique impact on women and girls, exacerbating pre-existing vulnerabilities and inequalities rooted in patriarchal structures and norms. Violence against women and girls (VAWG) in particular, has substantially increased since the beginning of the conflict in 2014. In November 2017, the UN Office for the Coordination of Humanitarian Affairs (OCHA) reported that incidents of gender-based violence (GBV) including rape and sexual assault, intimate partner violence, and early and forced marriage of girls, had increased by over 63 per cent since before the conflict.

Unprecedented efforts have been taken by humanitarian actors – NGOs, UN agencies, civil servants, and national civil society – to deliver lifesaving interventions to the millions of people affected by the war. However, there are critical gaps in reproductive health as well as GBV prevention and response services across the country. This is due to the direct impact of the fighting on health facilities and health workers, restrictions on humanitarian aid, as well as insufficient donor prioritization and funding. The latter is largely compounded by shortcomings in the application of a gender-sensitive approach to Yemen’s humanitarian response.

Grand commitments on tackling GBV in emergencies have been made by donors, including through Call to Action on Protection from Gender-Based Violence in Emergencies, but much more needs to be been done to deliver a concrete, targeted, and meaningful agenda for women and girls in Yemen. What is also often ignored is that although they pay the heaviest price of the war in Yemen, women and girls have been making critical contributions to community cohesion and peace building at the local level. Yet, their participation in Yemen’s peace talks has been weak to date. Peace talks held in Rimbo, Sweden have created some positive breakthroughs in addressing the conflict, including an agreement, yet to be honored by the parties, on a ceasefire in Hodeidah. However, numerous issues vital to addressing the humanitarian response and the future of the country still remain, such as the meaningful participation of women in the peace talks.

This policy brief provides an overview of the entrenched gender inequalities and vulnerabilities which affected women and girls before the war and which have been exacerbated over the past 4 years. It then considers the specific impact of the conflict on women and girls’ health and protection. Particular attention is paid to GBV given its dramatic increase since the conflict started. The brief argues that the war is having a devastating impact on women and girls and that failure to include a stronger focus on gender considerations in the humanitarian response is causing irreparable damages to their lives. It then highlights the critical role of women in securing a response which addresses the needs and rights of Yemeni women and girls, and in ensuring that a gender transformative agenda is part of Yemen’s future. It concludes by setting out recommendations aimed at all humanitarian actors, including the need to increase funding towards GBV prevention and response as a matter of priority.