Millions of people have been uprooted from their homes in Ukraine and are in need of aid. As the world responds, those enduring ongoing crises in Afghanistan, Yemen and other countries will also be impacted by the conflict and must not be left behind.

Update – August 1, 2022: The International Rescue Committee (IRC) welcomes the first export of Ukrainian grain since February. This shipment is an important first step towards providing relief for the growing global food crisis driving hunger in East Africa and around the world.

Humanitarian needs in countries such as Afghanistan, Yemen, Syria and Somalia could rise as global grain exports are disrupted, food and fuel prices increase, and critical attention is diverted to Ukraine. Here’s a closer look at how the Ukraine conflict is having a global impact:

The conflict has disrupted crop production, which means countries heavily reliant on grain imports from Ukraine are likely to be impacted in the coming year. Among them are countries across East Africa, including Somalia, Ethiopia and Kenya, which source 90 percent of their imported wheat from Russia and Ukraine. These three countries are already facing the worst drought seen in decades. 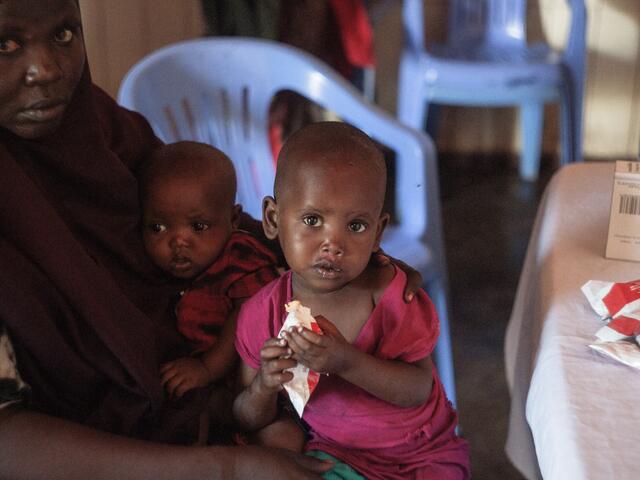 At least 4 million Somalis are projected to face emergency levels of hunger by June 2022 amid ongoing drought. Disruptions in grain imports from Ukraine will further increase humanitarian need across East Africa.

“Four consecutive seasons without adequate rainfall have seriously impacted crop harvests which millions of people across East Africa depend on for consumption and livelihoods,” says Bob Kitchen, vice president of emergencies at the International Rescue Committee (IRC).

At least 4 million Somalis are projected to face emergency levels of hunger by June of this year, and coupled with failing crop production, disruptions in imports from Ukraine will further increase humanitarian need across East Africa.

At the same time, Yemen—where more than seven years of war have left more than 20 million people in need of aid—also faces a growing hunger crisis. It relies on Ukraine and Russia for just over a fifth of its wheat consumption.

The ongoing conflict is driving up the cost of fuel, which in turn increases the cost to transport food to markets. Such increases are passed on to consumers, who may already have difficulty buying enough food for their families.

The U.N. Food and Agriculture Organization’s global food price index has hit a record high, partly driven by the war in Ukraine. 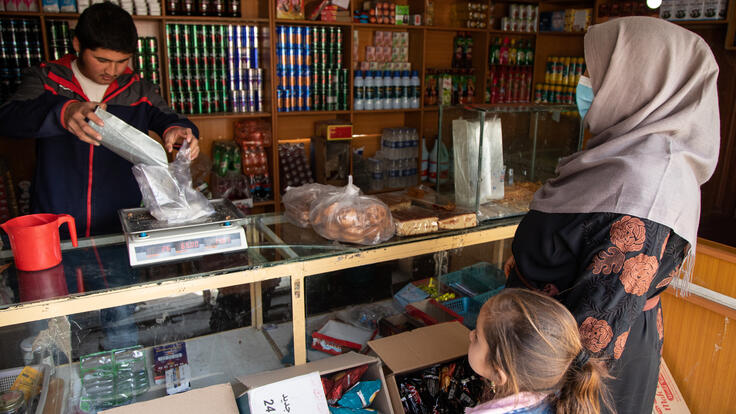 Afghanistan, where over half the population is experiencing extreme hunger, will be severely impacted by price hikes and reductions in the global grain supply as a result of the war in Ukraine.
Photo: Kellie Ryan/IRC

Afghanistan, Yemen and the Sahel region of Africa, which sits just below the Sahara desert, are all facing acute food insecurity and will be severely impacted by price hikes and global grain reductions.

In the Sahel alone, almost 30 million people need urgent humanitarian assistance, a situation that is only worsening as climate shocks, conflict and the COVID-19 pandemic continue to wreak havoc across the region.

Diverting attention from other crises 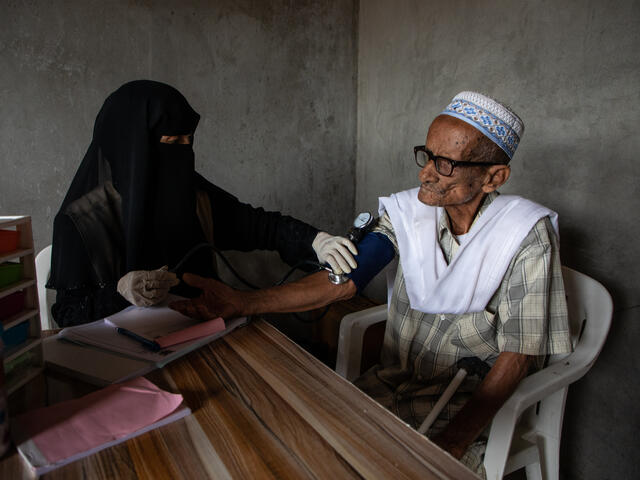 Yemen, where more than seven years of war have left more than 20 million people in need of aid, also faces a growing hunger crisis. It relies on Ukraine and Russia for just over a fifth of its wheat consumption.
Photo: Will Swanson IRC

In Afghanistan, where over half the population is experiencing extreme hunger, only 13% of the humanitarian response plan has been funded by donor countries. Yemen is facing the reality of having less than 30% of the total funds required for humanitarian assistance following the pledging conference earlier this month. Syria received less than half (46.5%) required funding in the last year, despite 11 years of conflict.

As the world’s attention centers on the ongoing conflict in Ukraine, the IRC is calling on world leaders to renew their commitment to supporting people affected by crises across the globe. Kitchen warns, “If donors do not increase their pledges, we will see further cuts to critical humanitarian assistance which will cost lives.”

What must be done to help

People living in Afghanistan, Yemen, Nigeria, Syria, and other countries enduring vast and deteriorating humanitarian needs, must not be left behind. 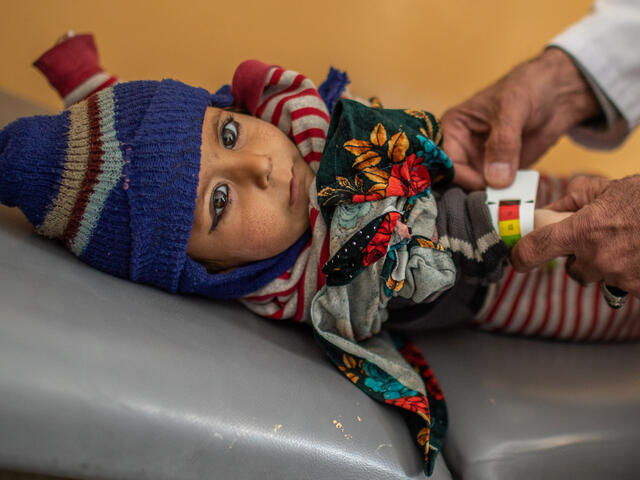 As the world focuses on Ukraine, people living in Afghanistan, Yemen, Nigeria, Syria, and other countries already enduring deteriorating humanitarian crises, must not be left behind.
Photo: Kellie Ryan/IRC

The IRC is calling for donor countries to commit to channeling at least 50% of total international aid to fragile and conflict-affected states. We also urge world leaders to use diplomatic means to find political solutions to conflicts driving humanitarian need.

The IRC is working with partners in Poland to provide information services through an existing hotline, offering legal counseling and psychological support, and will facilitate access to services (through social workers, interpreters and cultural assistants) to displaced people. With partners in Ukraine, the IRC is also providing evacuation services and supporting people displaced from their homes with cash assistance and essential items such as blankets, sleeping bags and warm clothes.

Learn more about the IRC's crisis response in Ukraine and Poland.

The ripple effects of the #Ukraine crisis could be catastrophic. Here's the story of Somalia.

We must not forget about all people experiencing severe crises — no matter where in the world they are. #WorldHealthDay

In January the IRC released our 2022 Emergency Watchlist, a global list of humanitarian crises that are expected to deteriorate the most over the coming year. Read about the top 10 crises the world can't ignore in 2022.

Update—July 19, 2022: With a catastrophic famine looming on the horizon across East Africa, the IRC has released its first ever Crisis Alert update to its annual Emergency Watchlist, highlighting that over 3 million people could die without urgent international funding. Learn more about the threat of famine.

Donate now: Your gift will help us provide food, medical care and emergency support services to families whose lives are shattered by conflict in countries like Ukraine, Afghanistan, Syria, and Yemen.