Afghans faced a year of crisis with resilience and generosity

Afghans have experienced a year of extreme upheaval. After the Taliban took control of Afghanistan in August, hundreds of thousands fled their homes, and those evacuated from the capital Kabul were welcomed by countries including Mexico, Uganda and the United States. The majority who remained now find themselves plunged into an ever deeper humanitarian crisis.

Ordinary Afghans are paying the price for sanctions that have shattered the economy and pushed the price of food, medicine and other essentials out of reach. Nine million are on the brink of famine, even as a harsh winter takes hold.

Amid the crisis, Afghans both inside the country and far from home are doing their best to endure—and also ensure others have what they need to survive and rebuild their lives.

Meet a few of them and share their stories:

Afghan aid workers staying to assist other Afghans in need

Despite the evacuations that dominated news headlines, the world must not forget the 24 million people still in Afghanistan who are in need of aid. The IRC’s staff—99 percent of them Afghan—are among the dedicated Afghan humanitarians who have been working around the clock to support as many as possible. 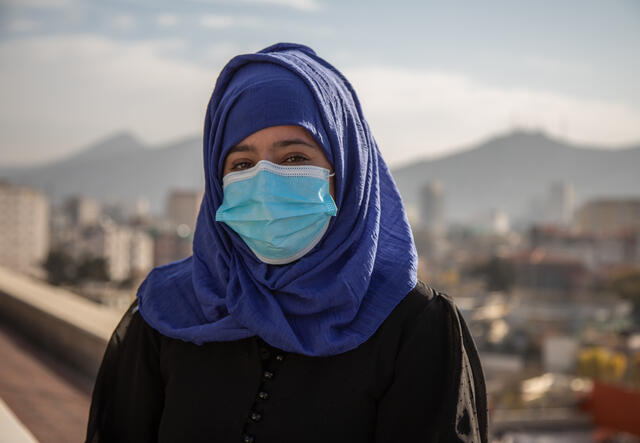 Awesta* oversees an IRC cash distribution program that assists her fellow Afghans, millions of whom are uprooted by crisis. “The world should not forget about Afghanistan,” she says.
Photo: Kellie Ryan/IRC

The world should not forget about Afghanistan.

The IRC also provides cash for displaced families. “From the moment they receive it, they can buy medicine or food,” says Awesta* of her fellow Afghans who benefit from the IRC cash distribution program she oversees. “The world should not forget about Afghanistan.”

Learn more about the hunger crisis Afghans are facing this winter.

Women and girls in Afghanistan increasingly bear the brunt of violence and of the hunger crisis that threatens to overwhelm the country.

When fighting broke out in her village, Zulaykha*, 43, fled to Kabul with her children, while her husband stayed behind.

Despite the risks, she later returned to look for him.“Eventually, I rented a car and drove back, the first woman brave enough to go back there. Everywhere the walls were broken down and the houses were destroyed. I searched everywhere but could not find him. 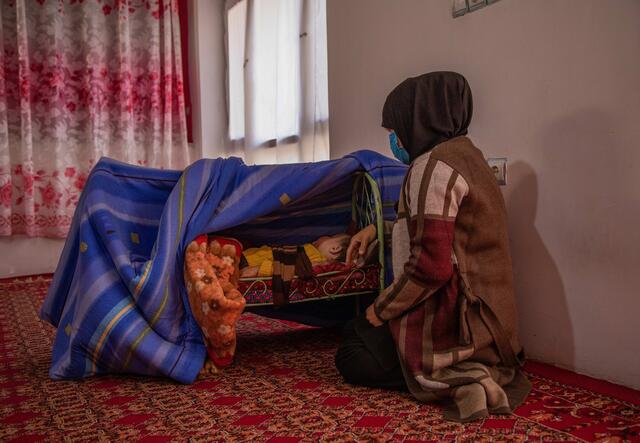 "I want a free Afghanistan and my wish is for a good life for my kids," says Zulaykha. "I had to endure, and that is okay. But I want a better future for my children."
Photo: Kellie Ryan/IRC

“I later learned my husband was killed, and the local people buried him.”

Now, with help from direct cash payments from the IRC, Zulaykha is preparing her family for the worst of winter—with hopes that better days await them.

I had to endure, and that is okay. But I want a better future for my children.

“I want a free Afghanistan and my wish is for a good life for my kids,” she says. I had to endure, and that is okay. But I want a better future for my children.”

Afghans in danger starting their lives anew in the United States

Hundreds of thousands of Afghans had to flee the country this fall. Many came to the U.S., including those who worked alongside U.S. troops or for U.S.-supported programs. They often arrived with few possessions and had to leave behind friends and family who may still be in danger. 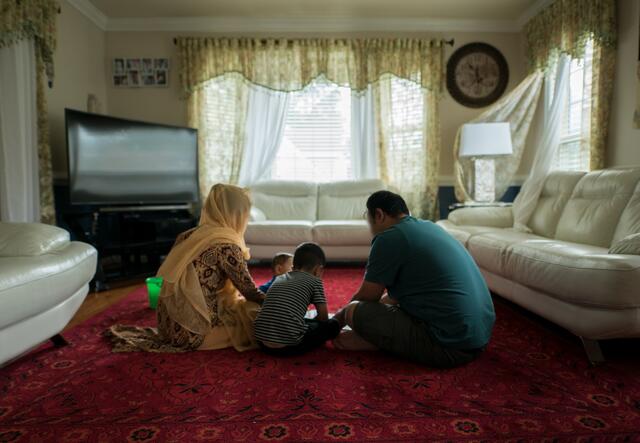 Ali, 34, and his family arrived in Virginia from Kabul. "I was not able to tell my children that we were going to the U.S.  since the children would tell their friends about it and everyone would find out about us," he said.
Photo: Andrew Oberstadt/IRC

“I was not able to tell my children that we were going to the U.S. since the children would tell their friends about it and everyone would find out about us,” says 34-year-old Ali*,  “I was not even able to say goodbye to some of my close friends and relatives because the situation was terrible.”

After being forced to leave behind their home, Ali hopes that his children will thrive in the U.S. and do well in school.

One of the reasons we came here was so my children could have a better future.

“I myself did not have the opportunity to continue my studies, but at least I want my children to finish their higher education,” he says. “One of the reasons we came here was so my children could have a better future.”

Read more stories of Afghans starting over in the U.S.

Around the world, Afghans have been at the forefront of welcoming those who most recently had to flee the country. Among them is Chef Hamidullah Noori, who fled Afghanistan with his family in 2015, resettling in the United States through a Special Immigrant Visa (SIV) for U.S. allies in the country. Trained as a chef, he began working in a professional kitchen right away and two years later opened The Mantu, a modern Afghan fine dining restaurant in Richmond, Virginia. 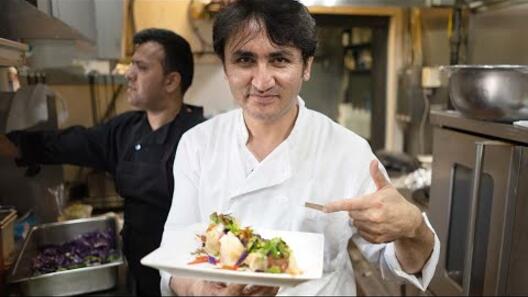 Coming from Afghanistan, I know how our clients feel, what it’s like to leave your country and go to a place that you don’t know...

“For me, working with the IRC is more than just a job,” she says. “It is part of my life because, coming from Afghanistan, I know how our clients feel, what it’s like to leave your country and go to a place that you don’t know, with a language that you don’t speak, leaving your family and home behind.”

Learn more about how Afghans are being welcomed in Mexico, the U.S. and Uganda.

How you can help Afghans

Donate now to help make sure Afghan families have what they need to survive.

Find out how to welcome Afghans in your community and other ways to help Afghans affected by crisis.

*Full names omitted for the safety of IRC clients and staff