Evacuations from Afghanistan: What is the Afghan Special Immigrant Visa (SIV) program?

The Afghan Special Immigrant Visa (SIV) program was created to protect Afghan allies who risked their lives helping U.S. troops in Afghanistan. Despite its promise, the program has been plagued by backlogs since it launched in 2009, leaving tens of thousands of Afghans in dire need of support.

The Biden Administration recently took steps to speed up SIV processing, making good on the U.S.’ commitment to help its vulnerable allies. Starting at the end of July and in the coming weeks, thousands of SIV applicants will be evacuated from Afghanistan and hosted at a U.S. government facility in Virginia, where they will receive services to help them rebuild their lives in the U.S.

Read on to learn more about what the SIV program entails and how it will provide support to those in need. 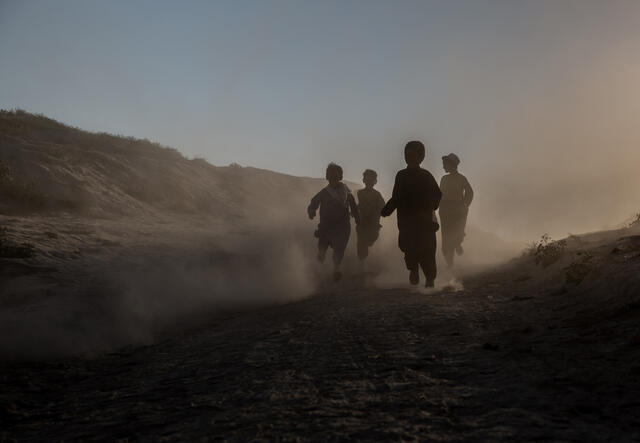 Children run through a camp in Afghanistan for people displaced by drought. The country is becoming an increasingly dangerous place for civilians. In addition, nearly 200,000 people have been internally displaced in the first half of 2021 and displacement levels are likely to soar due to natural disasters such as drought.
Photo: IRC

What is the SIV program?

The Afghan Special Immigrant Visa (SIV) program was created by Congress to provide permanent protection to Afghans affiliated with U.S. missions such as translators and interpreters. Those eligible can apply for a visa for themselves, as well as for their spouse and any unmarried children under 21.

There is also a Special Immigrant Visa program for people in similar situations in Iraq.

How many people has the SIV program helped?

At least 263,000 Afghan civilians have been affiliated with the U.S. mission and tens of thousands are eligible for SIVs. Still, only 16,000 Afghan SIVs have been issued since 2014. There are currently more than 18,000 applications in the pipeline, as well as thousands of Afghans ineligible under this program who are in dire need of protection.

How is the SIV program changing?

Afghans eligible for this visa have historically had to endure years-long application and approval processes. With this new legislation, those who qualify can come to the U.S. more quickly and finish their approval processes within 30 days of their arrival.

The administration also recently announced a new “Priority-2” designation for Afghans affiliated with the U.S. who don’t qualify for the SIV program. However, major questions about this change remain, as this group has to first leave Afghanistan for a third country before they are eligible.

Why is the SIV program so important?

Afghanistan is becoming an increasingly dangerous place for civilians, especially those who’ve helped the U.S. during the decades-long war. Many have said they fear for their lives, and violence has only increased since the U.S. announced it was withdrawing all remaining troops in the country by September. 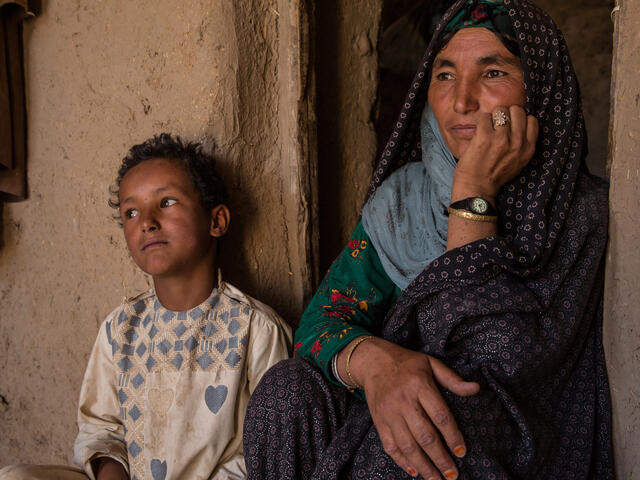 Dunya, an IRC client and mother, with her son, Juma. There are currently tens of thousands of Afghans, including women and children, in need of humanitarian protection.
Photo: IRC

The crisis in Afghanistan also continues to worsen. Nearly 200,000 people have been internally displaced in the first half of this year and displacement levels are likely to soar due to natural disasters such as drought. A recent IRC assessment showed that families are likely to turn to extreme measures of survival—such as child marriage, selling off assets or sending children to work—as food prices increase to unattainable levels.

Robin Dunn Marcos, senior director for resettlement, asylum, and integration at the IRC, said: “With humanitarian and protection needs on the rise in Afghanistan, sustained aid and diplomatic support is critical. There also can be no doubt that the protection of the SIV population must be part and parcel of a robust refugee resettlement program that also protects the millions of refugees in Afghanistan and beyond in need of resettlement. The US’ refugee admissions program is truly life-changing and life-saving.” 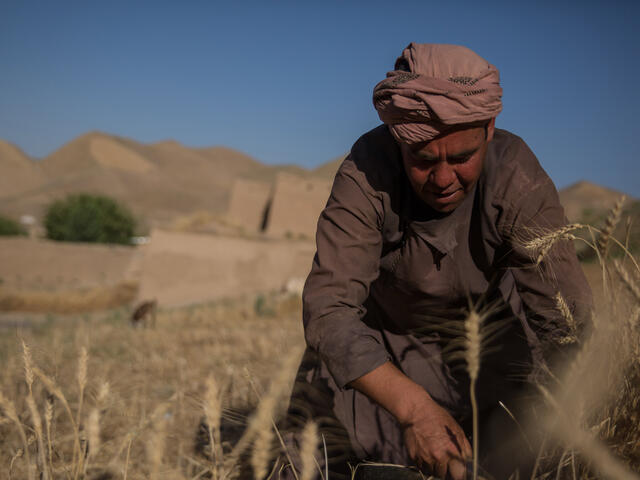 Abdul Baqi, 30, working on his farm in Badghis, Afghanistan. In addition to drought, food prices in the country have risen dramatically.
Photo: IRC

How many people will the SIV program help?

The total eligible evacuees for this new accelerated process range from 1,250 upwards of 3,000. They will arrive in groups of 250 every three to four days.

These Afghans will arrive as “parolees” (meaning their case for resettlement is pending final approval) and receive services from the International Rescue Committee and partner agencies. This includes reception, medical care, case management, and assignment to a sponsoring resettlement agency for onward travel. 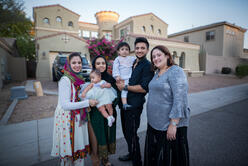 Muska Haseeb (far left) fled Afghanistan and lived as a refugee in Pakistan for five years before resettling in 2012 in Phoenix, Arizona. Today, she is a pre-med student and entrepreneur. When refugees like Muska are welcomed in the U.S., they thrive and make their communities stronger.
Photo: Andrew Oberstadt/IRC

The IRC is committed to ensuring that Afghan SIVs are given a chance to seek safety and rebuild their lives in the U.S. Still, rapid investment and legislation is needed to properly address this emergency situation.

The Biden Administration must continue taking immediate steps to speed processing and reduce the visa backlog. It must also help protect the many vulnerable Afghans who aren’t eligible for these specialized visas, including family members left behind and those who can’t evacuate due to extenuating circumstances such as medical emergencies and travel restrictions. There are currently tens of thousands of other Afghans, including women and girls, in need of humanitarian protection.

As the IRC’s Afghanistan director Vicki Aken said: “It is vital that the Biden Administration fully commits to its promises to continue to provide the humanitarian aid and diplomatic support that is so desperately needed.”