How climate change is compounding conflict in Afghanistan

This year’s record-breaking heat waves, increase in droughts and once-in-a-lifetime storms illustrate the dire consequences of a rapidly warming planet. People around the world are losing their livelihoods—indeed, their lives—to extreme weather.

Those living in lower-income countries are bearing the brunt of this climate change—despite that they are least responsible for rising CO2 emissions.

Afghanistan is a case in point. There, climate change is intersecting with the change in government, continued conflict, instability and COVID-19 to devastating effects.

Here’s what you need to know:

“If you look at a map of the countries that are most vulnerable to the impacts of climate change, and you compare that with a map of active conflicts, they almost look like the same map,” says Tara Clerkin, International Rescue Committee (IRC) senior coordinator for agriculture, climate and partnerships.

Nearly two-thirds of the 20 countries most vulnerable to climate change are also disrupted by armed conflict. While it is difficult to say climate change causes a specific conflict, it can certainly make the situation worse for people whose lives have been upended.

Nearly two-thirds of the 20 countries most vulnerable to climate change are also disrupted by armed conflict.

In addition, when the world warms, people are forced to move. According to the World Bank, without immediate and concerted action, climate change could force over 200 million people worldwide into internal displacement by 2050. 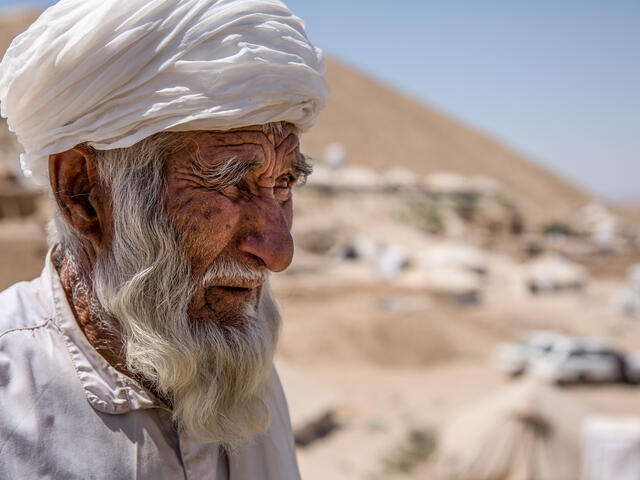 A man whose family is living in a makeshift camp after being displaced from the Abkamari district of Afghanistan: Barren harvests and livestock lost to drought and feed shortages have left farmers with no choice but to sell their few remaining assets.
Photo: IRC

Finally, the impacts of climate change exacerbate inequality. When it comes to food, women’s livelihoods in low-income states overwhelmingly depend on agriculture, which is increasingly threatened by extreme weather patterns.

In late summer, headlines focused on the thousands attempting to flee Afghanistan and the millions more in need of humanitarian aid; less attention was paid to the country’s devastating drought that shows no sign of ending. Farmers haven’t recovered from a drought in 2018, while the coming year is projected to be worse.

“Most people are dependent on agriculture—crops or livestock,” says Noor*, who is deputy coordinator of IRC agriculture programs in Afghanistan. About 80 percent of Afghans work in agriculture in some capacity; many have lost almost everything.

“Even drinking water can become difficult to find,” Noor says. 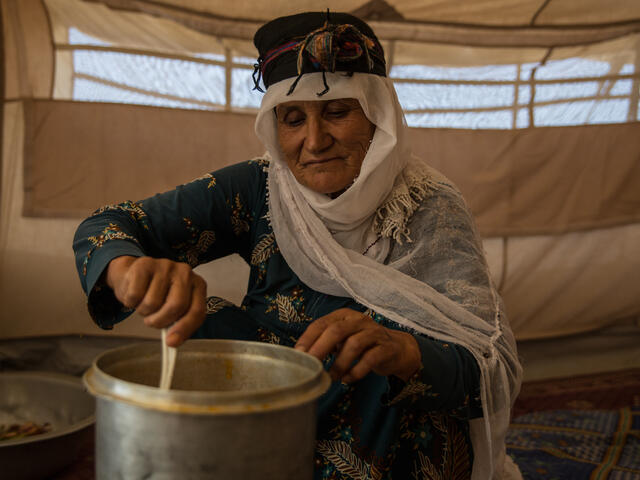 Farmers in Afghanistan haven’t recovered from the drought of 2018. This woman and her husband are now living in a tent after having to leave their home and land in rural Abkamari. They used cash from the IRC to purchase food and cooking utensils.
Photo: IRC

Afghanistan’s hot, dry summers pose chronic challenges, but this coming winter is expected to be even more difficult. Barren harvests and livestock lost to drought and feed shortages have left farmers with no choice but to sell their few remaining assets. The receding water table won’t be able to support the human population. Harsh weather will make transportation between towns impossible, even as extreme weather and conflict force families to flee their homes or temporary shelters multiple times. Three million Afghans are internally displaced, over 665,000 this year alone. 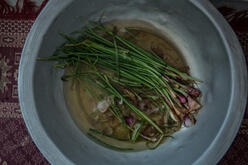 According to the United Nations World Food Program (WFP) and Food and Agriculture Organization (FAO), Afghanistan is on the brink of a starvation crisis, with more than half its population — some 22.8 million people — projected to face acute food insecurity this winter.

“The situation in Afghanistan is compounded by the decades-long vicious cycle of climate change and conflict,” says Brian Ssebunya, the IRC’s senior technical advisor for economic recovery and development, covering Asia and East Africa. “Maybe there was a drought or a flood that forced people to move before conflict caught up with them. Or conflict is ongoing when a climate disaster strikes. Either way, each crisis adds another layer of vulnerabilities—lives and assets are lost and people become more impoverished.”

Wealthy countries must meet their targets to keep global warming under 1.5° C, but they must also act to prevent hunger and hardship in the low-income countries most disrupted by the climate emergency. In fragile states, climate change is today’s, not tomorrow’s problem, as they already face emergency conditions at current levels of warming.

To do this, the IRC is calling on world leaders to make urgent investments in programs that help prevent famine and enable people to swiftly adjust to a warming planet. These investments must combine humanitarian and development approaches. They must also anticipate crises, providing direct support to communities before a disaster hits.

“The sweet spot is combining new information and new approaches and technologies with local, indigenous knowledge,” says Clerkin. For example, farmers can react to changing weather patterns if they have trustworthy information and adequate resources to respond. 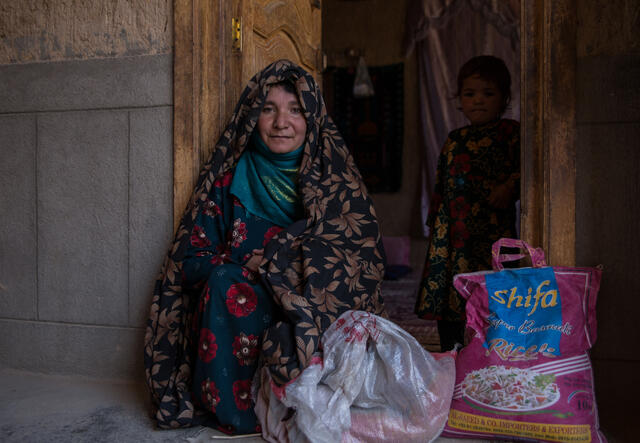 "We used to buy food in the market or from farmers in the village," recalls a mother of four of the drought that took hold in Afghanistan ‌in 2018. "Last year, there was no food." With cash assistance from the IRC, she and her husband bought rice and other essentials as well as put money aside for future needs.
Photo: IRC

In addition, global support must be feminist, addressing barriers burdening women and girls. Women-led organizations are vital, as women respond directly to climate change and food insecurity in their roles as farmers, caregivers and activists.

What the IRC is doing

“People have to be optimistic for anything to happen,” says Ssebunya. “They need to have hope that their small businesses, crops or livestock will survive—and in the worst case, there is a fallback position.”

In Afghanistan, the IRC has introduced community-led, climate-smart approaches to help farmers adapt their crop and livestock production practices. “Our first challenge is the drought,” says Noor, who describes the need for new irrigation techniques for farmers, access to climate-adapted crops and breeds, and better connections to the marketplace. 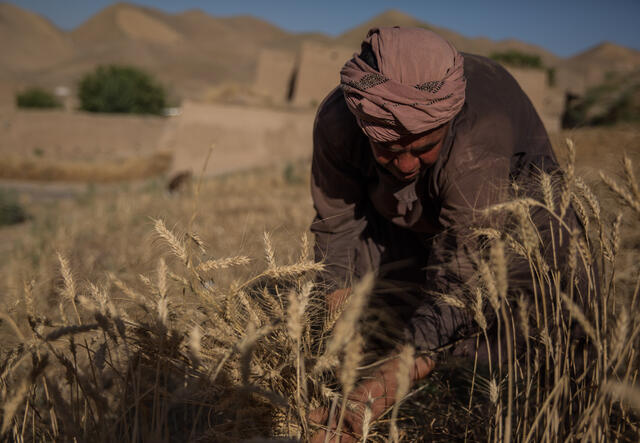 "When the drought hit, I lost all of my crops and with it my job," says a farmer in Badghis, Afghanistan who then tried to make a living as a day laborer. He used cash from the IRC to buy food for his family, as well as seeds and farming tools to plant a new harvest.
Photo: IRC

The IRC has implemented similar programs around the world. In northeast Nigeria, we have partnered with Google to develop a climate-risk data platform that delivers cash payments to the most vulnerable when conditions indicate. In the Central African Republic, we are working with impoverished farmers to plant thousands of trees and diversify crops in order to reverse land degradation. In some locations, incomes have increased by as much as 1,000 percent.

“I often say that farmers are the canaries in the mineshaft,” Clerkin says. “They’ve been experiencing climate impacts firsthand for years and warning us all about the growing threats to human livelihoods. The problem with that analogy is that the canary dies. The global community has a real responsibility to make sure that we do not let that happen.”

*Name changed for the protection of IRC staff in Afghanistan