One year ago, a massive explosion in the port of Beirut killed more than 200 people, displaced hundreds of thousands and worsened an economy already in freefall. Elias El Beam describes how Lebanon has struggled to recover.

On August 4, 2020, 2,750 tons of ammonium nitrate improperly stored in the port of Beirut caught fire and exploded, rocking the entire city, shattering glass in buildings, and causing extensive structural damage in the port, a densely urbanized area which is, in many ways, the heart and soul of Beirut. Hundreds of people were killed, and many thousands injured.

I was there, heard the blast, felt the heat, smelled the chemicals released into the air. In the days and weeks that followed, I realized the trauma had penetrated to my soul, affecting me on so many levels. I couldn't bear loud sounds, especially fireworks. I didn't want to see anyone. Ironically, the pandemic helped; everyone was forced to isolate anyway. 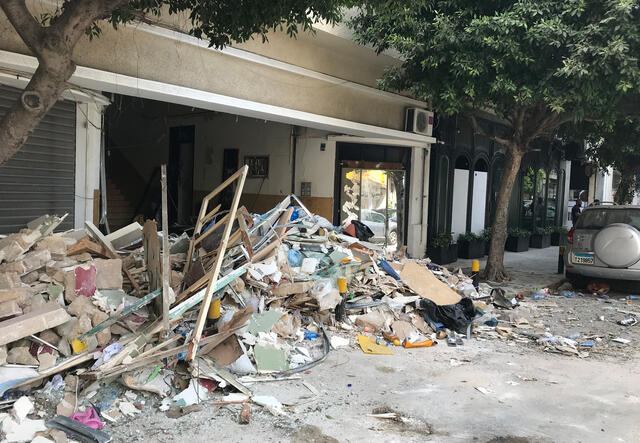 A damaged building shortly after the blast in August 2020. The explosion of earthquake magnitude displaced hundreds of thousands of people.
Photo: Elias El Beam/IRC

A few months later, I had an epiphany—let’s call it a blast of reality. I realized I was suffering from depression. My struggles were made worse by Lebanon’s dire economic situation that seems without solution.

I can't tell you how bad it is in Lebanon right now. The value of our currency has plummeted and prices have skyrocketed: in 2019, one U.S. dollar translated to 1,500 Lebanese pounds; today, that dollar equates to an astounding 23,000 Lebanese pounds. 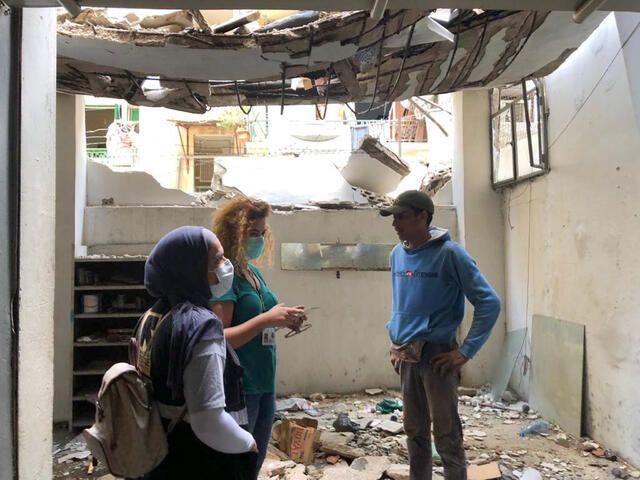 An IRC staff member interviews the employee of a car mechanic’s garage as part of a program that has helped small businesses recover from the explosion.
Photo: IRC

You don't need to be a world-renowned economist to see how people are struggling and society is collapsing. Food, clean water, medicine, petrol are all scarce. I never imagined I would wait in line for hours to refuel my car.

In Beirut, we get an average of about 5 hours of electricity a day. We spend most of our nights on the balconies gasping for air in the summer heat. I lost count of my sleepless nights. 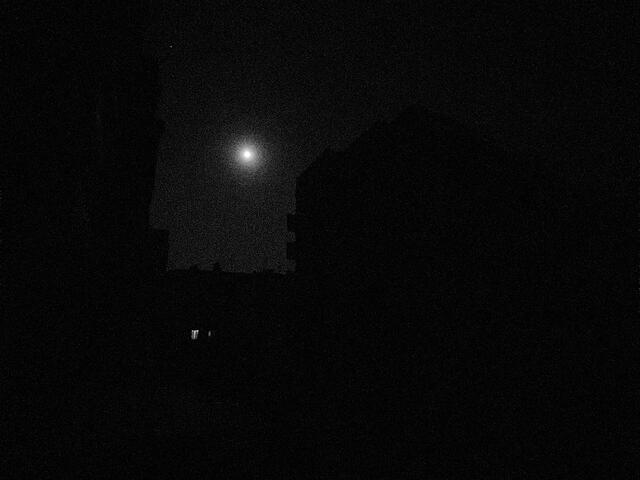 Yaacoub Sarrouf Street in Beirut at 2am in July of 2021. Residents of the city are dealing with limited fuel and electricity.
Photo: Elias El Beam/IRC

I have witnessed people running from one pharmacy to another, searching for milk for their babies. I have heard the rumblings of children's empty stomachs, I see children out of school in the streets, some forced to work to support themselves or their families. Needs are becoming greater, basic necessities continue to disappear. 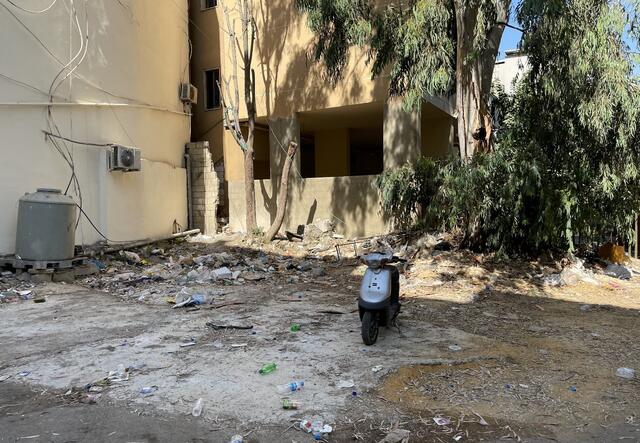 An empty lot where a store used to stand. Many places do not exist anymore because their owners couldn't afford to rebuild
Photo: Elias El Beam/IRC

The explosion has affected everyone in Lebanon, including the millions of refugees who fled here from Syria, Iraq, and other countries.These survivors now face new dangers and risks as the country spirals into despair. Once we felt secure and safe. No more! The recovery we hoped for hasn’t happened. Instead, our worst nightmares are coming to life.

You can see it in people's faces...in their eyes.

And yet … the people living in Lebanon feel embraced by those willing to help, whether they are individuals, local NGOs or agencies from across the globe. The International Rescue Committee’s Lebanon team has played an essential role in the aftermath, bringing hope, passion, and a lot of faith to their work here. 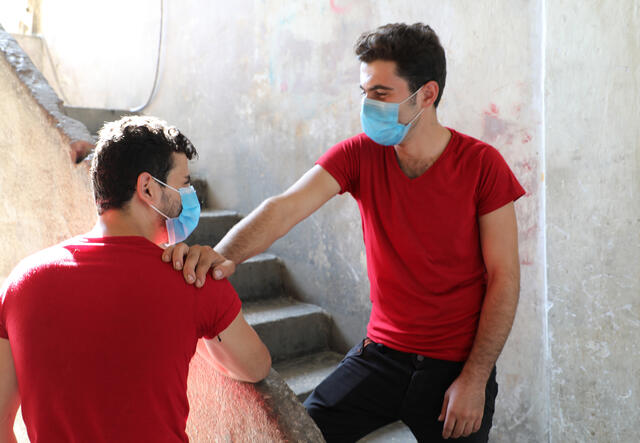 21-year-old Barakat, a Syrian refugee in Lebanon, and his brother Mohammed. Barakat was working as a mechanic prior to the explosion and lost all his tools in the blast. The IRC is now helping him regain his source of income.
Photo: Pascale Feghali/IRC

They started with assessments all over the city and its suburbs. On several occasions, I accompanied IRC staff on their rounds to document their work. People welcome the teams every time they knock on a door.

I remember an elderly lady living in the Karantina area who had lost her husband a month before the explosion. When she saw us, she said: "it must be Georges who sent you." I thought she had confused us with another organization. "Georges, Georges,” she repeated, “my late husband, he is in heaven, and he sent you to help me."

An IRC staff member talks with two young boys about the blast, which damaged their home. The team conducted assessments shortly after the blast in order to assess needs.
Photo: IRC

After this year, I understand what it is like when being strong is the only option left. Still, I’m hopeful. I hope that one day, I will write about Lebanon and my country will be in a better place.

Until then, I need to keep strong.

Elias El Beam is the Communications Manager for the IRC in Lebanon. He wrote last year about his experience witnessing the explosion in Beirut and its aftermath.

How the IRC helps in Lebanon 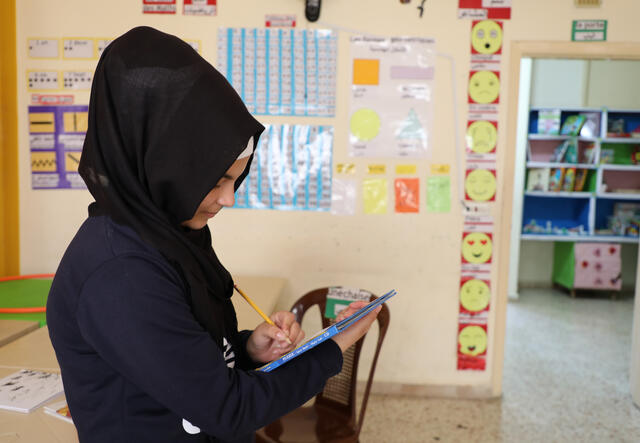 Widad, a young Syrian refugee, at an IRC-run safe space in northern Lebanon where Syrian girls can get an education and receive emotional support to recover from the trauma of war.
Photo: Elias El Beam/IRC

The IRC’s emergency response to the Beirut explosion has reached over 7,000 people, including 2,000 who received emergency cash assistance through IRC collaborations with local partners. We are also providing cash assistance and grants to businesses that experienced damage.

The IRC provides psychological first aid and specialized psychosocial support for women and girls impacted by the disaster, alongside psychosocial support for children and adolescents. Our women's protection rapid-response team works with women and girls and local responders to identify safety risks and assess needs.  A dedicated helpline is available 24/7 to ensure that women who have survived sexual violence and abuse, which tend to spike during crises, receive emergency support.