Crisis in West Africa: Extreme hunger in the Sahel

Drought and conflict have left record numbers of people across Africa in dire need of aid, with women and children facing the brunt of the crises. The world must act now to avert further suffering.

Conflict, economic shocks and climate change have been driving mass displacement in the Sahel region for years. Between 2015 and 2022, the number of people in the region in need of emergency food assistance nearly quadrupled, from 7 to over 30 million. By June 2022, the number expected to face extreme hunger could rise to over 40 million.

Today, record numbers of people are facing extreme hunger in Mali, Niger and Burkina Faso alone. Communities across the Sahel will need at least two years to recover from the ongoing hunger crisis—and if nothing is done, the scale of need will only grow.

Mali has experienced a decade of armed conflict and political instability in the north of the country. Over 7.5 million people in Mali need emergency aid, even as sanctions—the result of a decision to shelve promised democratic elections—severely limit their access to social services. Livelihoods have been shattered by poor harvest seasons and the ongoing insecurity that has blocked access to markets.

Learn more about the crisis in Mali. 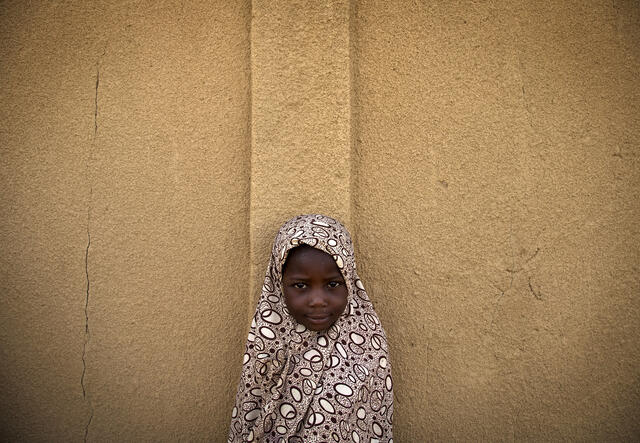 This girl waiting for a checkup at a United Nations clinic is among the over 7.5 million people in Mali who need emergency aid as drought and conflict continue to grip their communities.
Photo: UN/Marco Dormino

Years of conflict, compounded by climate shocks and poor access to basic social services, has forced a record number of Nigeriens to flee their homes. Failing harvests, seed shortages, and insecurity that has left growers in conflict areas unable to safely tend crops, mean that millions more will face severe hunger in the coming months if nothing is done to address urgent humanitarian needs.

Learn more about the crisis in Niger. 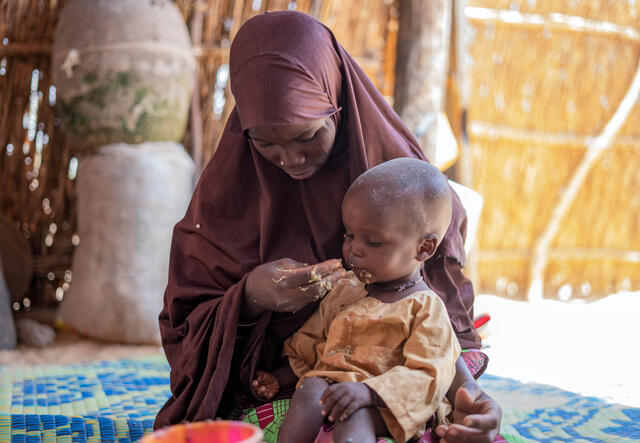 Kelou Kiarii, 25, was displaced when an armed group attacked her village in Niger. The IRC is providing her family with food and other emergency assistance, and treating her son Bidi for malnutrition.
Photo: Mamadou Diop for the IRC

Growing violence in Burkina Faso, including ethnic and religious conflicts, has forced people to leave their homes, fields and livelihoods behind. Almost 2 million people have become displaced, with over 90% of them unable to access land to plant crops this season. The war in Ukraine threatens to drive up already high food prices, meaning even more people will be unable to meet their basic food needs.

Learn more about the crisis in Burkina Faso. 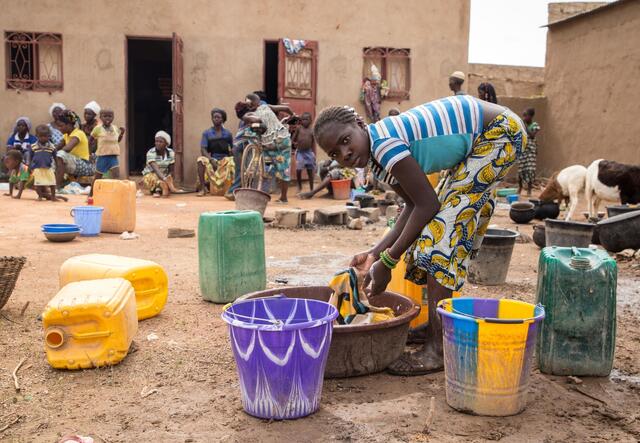 A girl washes her clothes outside at a shelter for families displaced by violence in Burkina Faso.
Photo: Olympia De Maismont/AFP/Getty Images

What must be done

As the hunger crisis in West Africa deepens, millions of people are also facing humanitarian catastrophe in East Africa as drought continues to grip the region. The crisis is compounded by the COVID-19 pandemic, ongoing conflict, swarms of desert locusts, and surging food prices.

We cannot afford for these growing crises to be to be ignored or for aid budgets to be diverted away from the region. World leaders must increase humanitarian funding to address a dire situation that has been driven by years of insecurity and conflict, and is only getting worse.

The solution has to do with early action—before an official famine declaration—to address and mitigate the true sources of hunger crises: conflict and drought.

Learn more about what world leaders can do.

The International Rescue Committee reaches communities in the Central Sahel and East Africa with support that includes water and sanitation, education, health care, economic livelihoods, and emergency support and protection. Support our work.