A family reunites after five years

After Americans spoke up, President Biden agreed to lift a Trump-era limit on refugee admissions, reuniting families like Patrice, Wanyema and Mauwa’s.

In May 2021, the Boise Airport in Idaho was home to a momentously happy and long-anticipated occasion: Patrice Maneno and Wanyema Mitambo were finally reunited with their daughter Mauwa and her four children after five long years apart.

The family was forced to flee war and violence in the Democratic Republic of Congo in 1997 and spent decades in a refugee camp in Tanzania before Patrice and Wanyema were able to resettle in the United States. It took 30-year-old Mauwa and her children another half decade to negotiate the exhaustive resettlement application process, which includes extensive background checks and medical screenings.

Some barriers to the reunion came as recently as this year. In early 2021, Mauwa had finally been approved for resettlement and was at the airport waiting to leave when she was told her flight was cancelled. She was one of over 700 refugees who received this disappointing news while President Biden delayed raising the Trump Administration’s record-low cap on refugee resettlement. She didn’t know when she would be allowed to travel to see her parents again.

Luckily, when it seemed as if President Biden would maintain the Trump-era refugee admissions numbers for all of fiscal year 2021, public reaction was swift. Americans spoke out and the president finally raised the resettlement cap to 62,500.

Explore photos of the reunion and see what Patrice, Wanyema and Mauwa had to say about the much-anticipated day.

Waiting for Mauwa to arrive 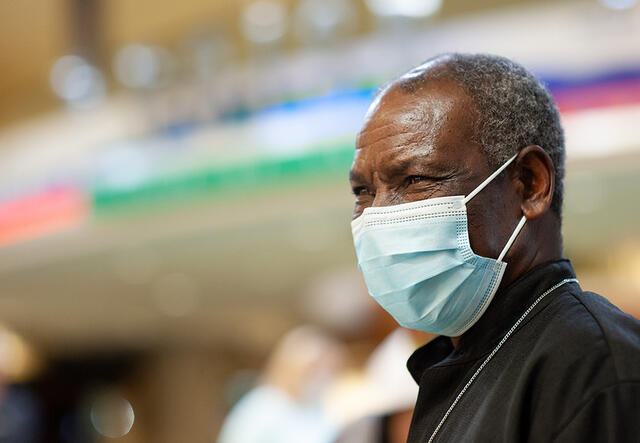 “I am really very happy, this is a big celebration,” Patrice said as he waited for his daughter to arrive. 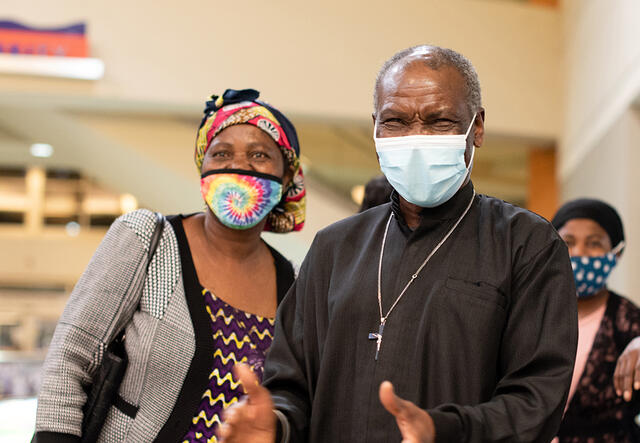 Patrice, Wanyema and family at the moment when Mauwa arrived. When asked what he was most excited about showing his daughter, Patrice said “I will teach my daughter how to live here. First, we will take her to our churches around here, then we will show her around different areas in Boise.” 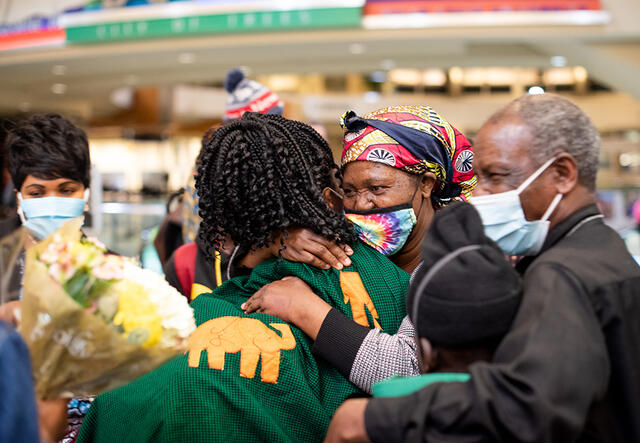 “We are feeling very, very happy. We are happy,” Mauwa said. Here, she hugs her mom while surrounded by her family. 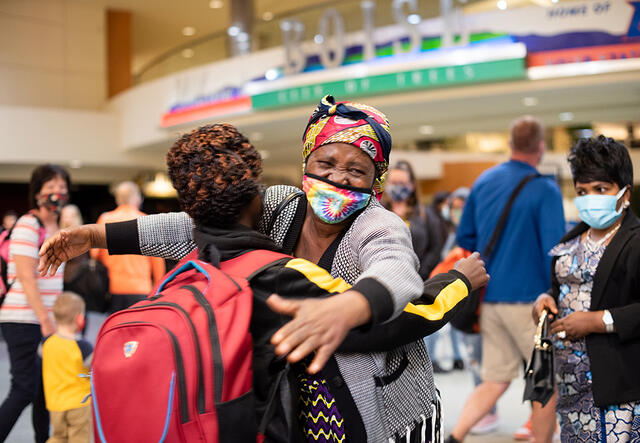 “We were missing each other and unhappy all the time because we were thinking about them, because they are our children,” said Wanyema. “We didn’t feel settled without them here. We feel much safer now.” 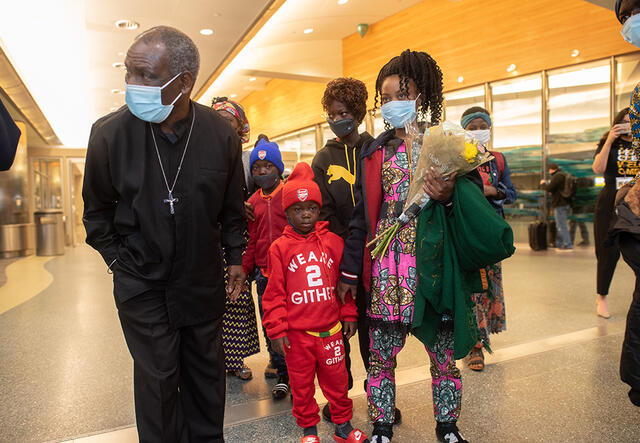 “We won’t do much tonight as we are all very tired,” Patrice said, as the family prepared to leave the airport. “but from here we are going home, letting them eat dinner, take a shower and go to bed. Then tomorrow, we are going to have a real conversation about their journey and how they’ve been.” 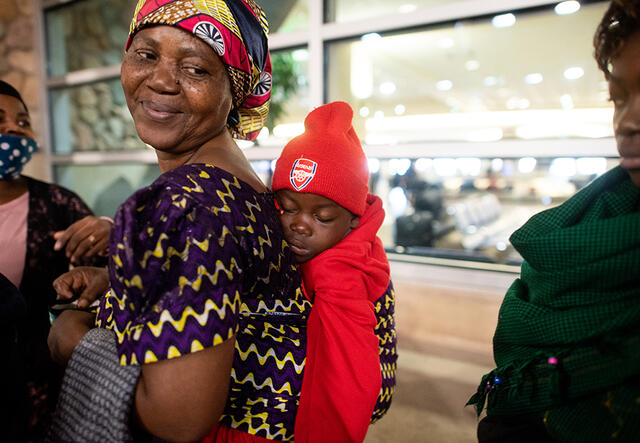 “I want to thank the IRC for helping my daughter and family come here,” said Wanyema just before the family headed home.