President Biden could admit the lowest number of refugees in history

As a candidate, President Joe Biden promised to set a target to welcome 125,000 refugees during his first year in office, a welcome change after four years of unprecedented cuts to refugee resettlement in the United States.

But instead of rebuilding the historically bipartisan program, the new president is on track to welcome the lowest number of refugees since the creation of the modern-day refugee resettlement program in 1980.

How did this happen? Find out how the refugee resettlement program works, who is being left behind and why a signature from President Biden could change the lives of thousands.

Editor’s note: On April 16, 2021, the Biden Administration announced that it would remove discriminatory admissions categories set by the Trump Administration. However, the administration also maintained the Trump-era record-low refugee admissions goal of 15,000 for Fiscal Year 2021. The IRC is deeply disappointed in this development, which leaves thousands of people in limbo and in need of safety. Learn more.

Who are refugees and why should the U.S. welcome them?

Refugees are people forced to flee their country due to war and persecution. Of the 26 million refugees in the world today, only those most at risk—just 1 percent of the total—have a chance to resettle in the U.S. or another welcoming country.

The hardest way to enter the U.S. is as a refugee: the country handpicks those it welcomes, and the three-year process includes extensive screenings by federal security agencies. Once here, refugees work in essential industries such as health care, start businesses that help stimulate the economy, and otherwise make their new communities safer and stronger.

The impact of U.S. resettlement policy is felt far beyond America’s borders; when the U.S. does its part to welcome refugees, other countries are more likely to open their doors to people seeking safety.

How is the president delaying refugee resettlement?

The president decides how many refugees will be resettled in consultation with Congress and issues a final decision through an executive action called a presidential determination, or PD for short. 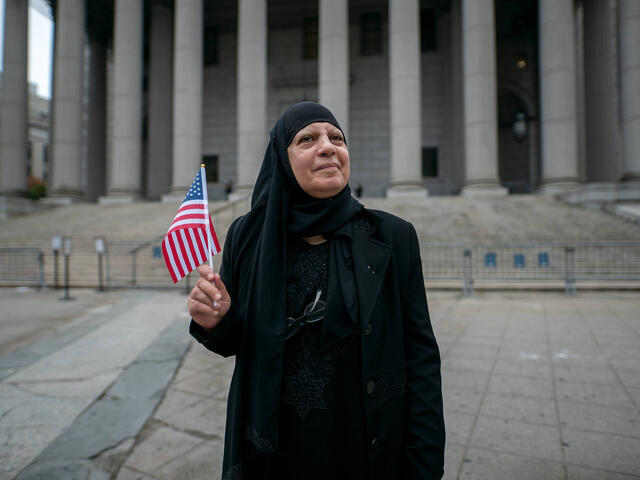 Maha al-Obaidi is a refugee from Iraq whose family was blocked from joining her in the United States by Trump Administration policies. Now an American citizen, her dream is to be reunited with her sons.
Photo: Andrew Oberstadt/IRC

Last year, the Trump Administration set the refugee resettlement goal for fiscal year 2021 (the fiscal year begins Oct 1) at only 15,000. That’s the lowest in the history of the modern resettlement program.

President Biden, in contrast, has taken steps to fulfill his promise to resettle 125,000 refugees his first year in office. As a starting point, while his administration prepares to rebuild the decimated resettlement program, he proposed a plan to welcome 62,500 refugees in fiscal year 2021.

The problem is that the president has yet to make these changes official by signing the presidential determination. In addition, discriminatory Trump Administration policies continue to block many Muslim and African refugees from entering the country.

As a result, only 2,050 refugees have resettled in the U.S. halfway through the fiscal year, puting President Biden on track to accept the fewest number of refugees of any president ever.

The problem is that the president has yet to make these changes official by signing the presidential determination.

What is happening to refugees approved for resettlement in the U.S.? 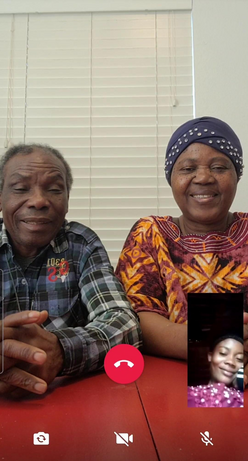 Patrice Maneno and his wife have not seen their daughter Mauwa for five years. She was supposed to join them in Boise, Idaho, in early 2021 but her flight was canceled at the last moment.
Photo: Courtesy of Patrice Maneno

There are over 30,000 refugees conditionally approved for resettlement by the U.S. government who now find themselves in limbo. More than 700 have had their flights canceled at the last minute, many had sold their belongings and moved out of their homes.

In the U.S., heartbroken husbands, wives, parents, and children eager to reunite with loved ones have found their dreams suddenly crushed. They also worry about their family members’ wellbeing.

“Right now, Mauwa is not in a good place,” says Patrice Maneno, a refugee from the Democratic Republic of Congo, of his daughter, who along with her four children is stuck in a refugee camp in Tanzania after their flight to Boise, Idaho, was canceled. “When she got the information that she was going to come, she started giving away everything that she possessed because she knew she was going to travel. When the flight was canceled, she went back to the refugee camp and now she doesn’t have anything.”

Refugees have to undergo extensive security checks and medical screenings before coming to the U.S. As these screenings expire, some will have to start these exhaustive processes all over again.

Which refugees have been hit hardest by the delayed PD?

The Trump Administration implemented restrictive rules and limited resettlement to specific categories, shutting the door on predominantly refugees of color. Here are just a few examples:

Other groups left behind while the Biden Administration delays signing the PD include people fleeing religious persecution, refugees at risk because they aided U.S. troops and refugees from northern Central America.

Learn more about the impacts of the delayed presidential determination.

What is the difference between refugees and asylum seekers? Can we welcome both?

People crossing the U.S. southern border to flee violence and persecution are asylum seekers. Many are from the Central American countries of Honduras, Guatemala and El Salvador, with smaller numbers from Venezuela, Cuba, Haiti and other countries.

Both refugees and asylum seekers are people forced to flee their countries; however, the process they follow is different: 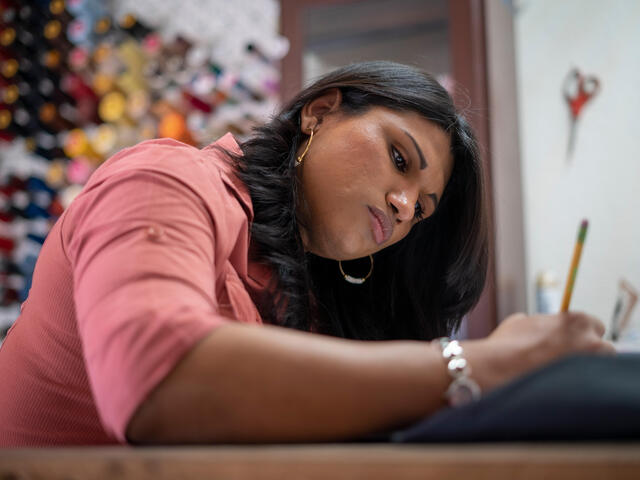 Lincy Sopall, a transgender woman who faced abuse and persecution in Honduras, received asylum in the U.S. in 2018 and works as a fashion designer. She says of her decision to flee: "I had only two choices: leave Honduras and live or stay and die."
Photo: Photo: Andrew Oberstadt/IRC

In fact, increasing the U.S. refugee resettlement goal could even help the current situation at the southern border. If more people suffering from violence and persecution in northern Central America are accepted as refugees, fewer will have to undertake the dangerous journey north to seek asylum. That includes unaccompanied children braving gang violence and human traffickers to reunite with family in the U.S.

Do many Americans support resettling refugees?

Yes, support for refugee resettlement actually grew during the Trump Administration. While 61 percent of Americans supported welcoming refugees in 2016, according to the Pew Research Center, that number grew to 73 percent by 2019. Despite the previous administration’s cuts to the program, the change in opinion was driven in large part by an 18 percent increase (from 40 to 58 percent) in Republican support. 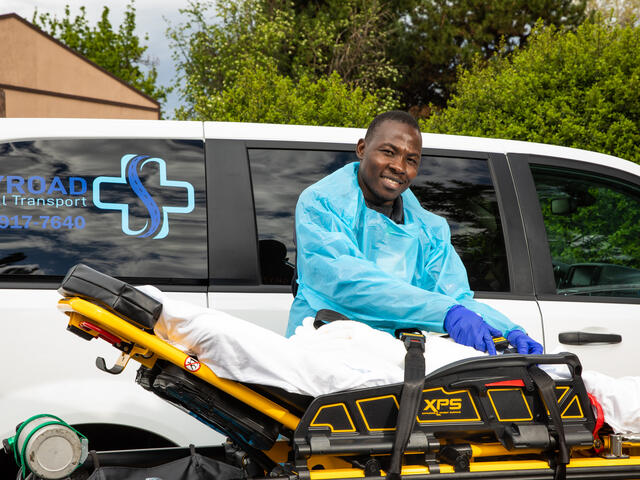 Call President Biden today and tell him that it is time for the United States to welcome refugees again.

You can also text RESCUE to 40649 or visit Rescue.org/Act to join the thousands of IRC supporters who have called their representatives, written letters, shared our campaigns, or otherwise mobilized to advocate for change in their communities and worldwide.