Five refugee women who made history

Meet five refugee women—as diverse as former United States Secretary of State Madeleine Albright to rapper M.I.A.—who have made a mark on history. 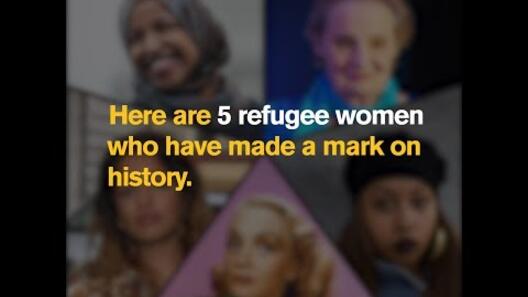 Video
5 refugee women who have made a mark on history 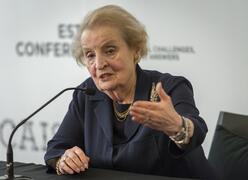 Madeleine Albright is the first female Secretary of State in U.S. history. Albright was born in Prague and the daughter of a Czech diplomat. Her family fled to London when Hitler invaded Czechoslovakia during World War II.

They returned after the Nazis were defeated, but escaped again to America when Communists took control of the country in 1948. She was 11 years old when she arrived at Ellis Island.

Albright was honored with the IRC's Freedom Award in 1998 for her "extraordinary service to humanity, freedom and the cause of refugees." She is currently an IRC Overseer. 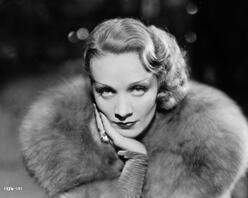 Marlene Dietrich was a German-born Hollywood actress and singer and political refugee. She spoke out against Hitler’s Nazi regime and found refuge in the U.S. Dietrich acquired American citizenship in 1939.

Her work with the United Services Organization (USO) during WWII brought her to Alaska, Greenland, North Africa and Europe, where she entertained American troops, made radio broadcasts, and helped in hospitals. Her sister was sent to Bergen-Belsen concentration camp. They were reunited after the war.

In her memoirs she stated: “I was born a German and shall always remain one….The United States welcomed me when I no longer had a fatherland that deserved to call itself that.” 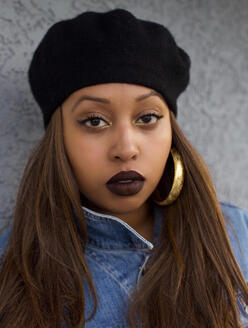 Warsan Shire, featured in Beyonce’s “Lemonade,” was born in Kenya to Somali refugees and raised in London.

Known to many as “a compelling voice on black womanhood and the Africa diaspora," Shire started writing poetry as a teenager. One of her poems, “Home,” became a rallying cry for refugees and those who support them.

no one leaves home unless
home is the mouth of a shark
you only run for the border
when you see the whole city running as well.

Shire was honored as London's first-ever Young Poet Laureate in 2014. 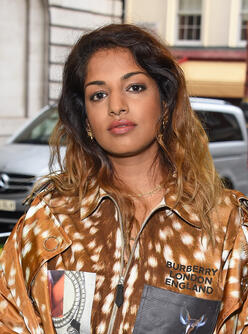 M.I.A. (Mathangi Arulpragasam) is the first person of Asian descent nominated for an Oscar and Grammy in the same year. The rapper and activist was nine years old when she fled war-torn Sri Lanka for England.

Her experiences inform her music and art, which draw attention to the struggles of refugees and immigrants. In 2015, she made headlines for her self-directed music video, “Borders,” which follows refugees on a treacherous journey to find safety. 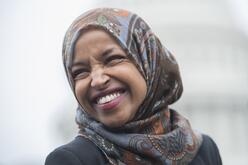 Ilhan Omar is the first Somali-American ever elected to the U.S. Congress. Born in Mogadishu, she arrived in the U.S. as a refugee when she was 12. Omar was born the youngest of seven siblings in 1981.

Her mother died when she was just two years old. She was eight when Somalia’s civil war broke out. Her family fled to Kenya, where they spent four years in a refugee camp before moving to the U.S. in 1995.

Omar tweeted on the eve of her swearing-in this January: “23 years ago, from a refugee camp in Kenya, my father and I arrived at an airport in Washington, DC. Today, we return to that same airport on the eve of my swearing in as the first Somali-American in Congress.”

Women and girls, particularly in places affected by crisis, face discrimination and violence that rob them of their potential and threaten their lives. But with the right support, they can rise above these challenges and in the process uplift entire communities. They can change the world. Learn more about our work.