The International Rescue Committee remembers the legacy of our Chairman Emeritus and longest-serving Board member.

John C. Whitehead, chairman emeritus of the International Rescue Committee and the organization's longest-serving board member, died on February 7, 2015 at the age of 92. The IRC has released the statement below from President and CEO David Miliband and Board Co-Chairs Sarah O'Hagan and Tom Schick:

"It is with profound sadness that we learned of the death of John C. Whitehead earlier today. On behalf of the IRC family worldwide, we want to record our abiding gratitude for his over half-century of service to the International Rescue Committee and to the humanitarian values for which the organization stands, values which animated and defined the life of this great American. 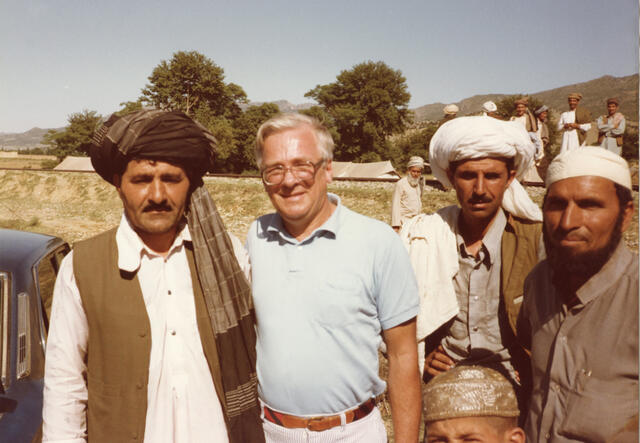 John C. Whitehead dedicated decades of his life to helping others as a member of the IRC.
Photo: IRC

John Whitehead learned the price of freedom on the beaches of Normandy in the second world war. In the 1950s, he joined the Board of the IRC and served it continuously to this day.

Since that time, as we have offered refuge to those fleeing communism during the Cold War, life-saving help to those caught up in the Balkan conflicts of the 1990s, or life changing services to people from Afghanistan to Congo to Syria today, John has been a beacon of wisdom and humanity.

After leaving his position as deputy secretary of state in 1989, John was chairman of the IRC until 2000. 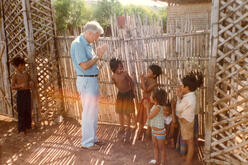 It is fair to say that John's attention to and support for the IRC was critical in establishing the strong foundation on which we have built today. Into his last months, he was concerned with all aspects of the organization's work, priorities and outlook.

His personal warmth, patience and insight touched many at the IRC headquarters in New York and in our field operations around the world where he was a passionate, regular visitor.

Today the IRC has lost our longest-serving Board member; we have personally lost a friend and mentor; and the world's poorest and most marginalized have lost a formidable champion and supporter. We extend our deepest condolences to his family, and commit to uphold his memory through our work in the future."