Nigeria: Fighting back with education

Fourteen-year-old Ruth used to wake up every morning wondering what she would learn at school. But when the terrorist group Boko Haram raided her village with guns drawn, her school became a place of danger.

Ruth is one of over a million children who have been forced to flee the fighting in northeast Nigeria, many leaving their homes with nothing but the clothes they wore. “Boko Haram went from house to house killing everybody,” Ruth recalls. “We had to run.”

Ruth, 14, was forced to flee her home in northeast Nigeria due to Boko Haram violence and went without school for three years. She now attends an IRC learning center in the government-controlled city of Yola.
Photo: Euan Robinson for the IRC

Ruth fled to safety, but it was three years before she could go back to school. She now attends an International Rescue Committee learning center in the government-controlled city of Yola. Children bear a disproportionate burden of the hardships resulting from conflict and war. The IRC has responded by fostering the healing power of education through the Children of Peace project.

The initiative, which seeks to boost children’s self-esteem and provide them with a network of support, has reached more than12,000 children in 42 learning centers in some of Nigeria’s most impoverished regions. 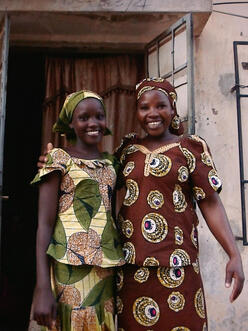 Ruth with her mother in Yola. “Going to school makes my mother proud,” Ruth says. “When I come back home, she always asks me what I have learned.”
Photo: Euan Robinson for the IRC

The IRC is constructing classrooms, integrating children into local schools, and providing them with books and pens. Teachers are trained in teaching literacy and numeracy skills, but also in counseling to help children overcome trauma.

“Education provides children with what they need to become responsible leaders in the future,” says Ishaku.

For Ruth and thousands of other children, education has been a lifesaving intervention. “School and play help us forget what happened, and allow us to make new friendships so we can deal with our situation,” says Ruth.

The benefits of quality education expand to the whole family. “Going to school makes my mother proud,” Ruth explains. “When I come back home, she always asks me what I have learned.”

Ruth misses her home and the friends she saw in her old school. But now she at least feels safe, and looks forward to learning again. “Going to school is important,” she says. “Wherever you are.” 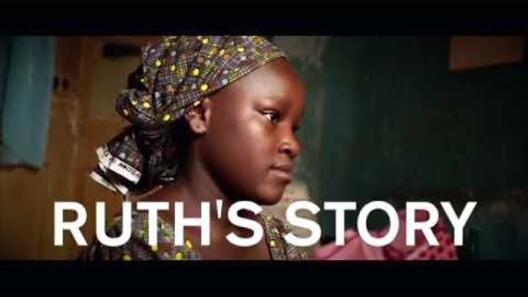 The IRC in partnership with the European Commission Department of Humanitarian Aid (ECHO), is prioritizing education for children affected by conflict through the Children of Peace Initiative.