Singing for a cause

The International Rescue Committee has been working in Tanzania for over 20 years. Refugees fleeing wars in the Democratic Republic of Congo, Burundi and Rwanda have all sought refuge here.

Acclaimed opera singer Danielle de Niese, who recently became an IRC Voice, joining a select group of prominent young artists who are using their voices to raise awareness about the plight of people uprooted by global crises, was eager to learn more about the IRC’s work in Tanzania, where one-quarter of Tanzania’s children are subjected to child labor, 60 percent of whom work in the agricultural sector. Some children reach the age of 15 or 16 before they ever see the inside of a classroom.

The lyric soprano spent five days touring the country, starting in a small fishing village called Kigoma on the banks of Lake Tanganyika. Danielle’s first stop was the NMC transit center, formerly a National Milling Company warehouse, now a holding space for refugees and asylum seekers waiting to learn their fate: resettlement to a third country, assignment to a refugee camp, or return to their country of origin. While the transit center is supposed to be a temporary processing center, many people spend a significant amount of time here, living in cramped, dark quarters.

On average, the center hosts 700 people per month, the majority of whom are Congolese refugees hoping to be resettled to the United States. A sobering 70 percent are children – and they are full of life, welcoming Danielle with celebratory songs and dance. 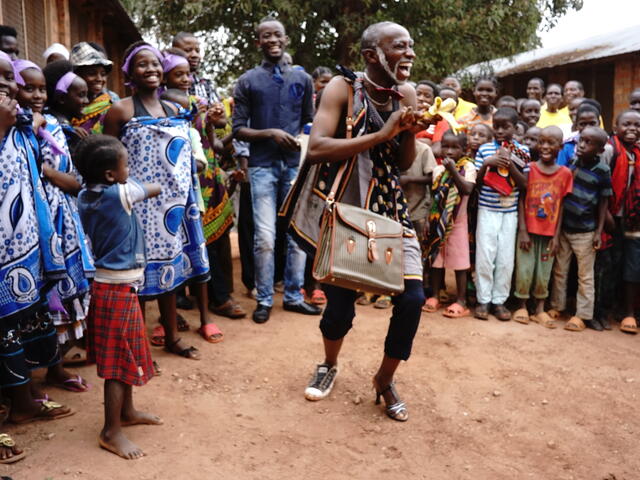 Danielle is used to performing, of course, but here she encountered something new, playing the role of teacher in one of the IRC’s informal classrooms set up to ensure that, regardless of these kids’ length of stay at the center, they do not miss out on education. Danielle also met with the leaders of the transit center’s youth group. “Don’t get us wrong,” they told her, “we are very grateful to be safe,” but they confessed to longing for a place to play football, a library and maybe even a hair salon.

Over the next two days, Danielle traveled across northwestern Tanzania to meet some of the children engaged in or most at risk of child labor. She would also see first-hand the work the IRC is doing (in cooperation with the Tanzanian government, with funding from the U.S. Department of Labor) to ensure that all Tanzanian children gain access to a quality education.

Through the WEKEZA project, for example, the IRC works closely with local community leaders, schoolteachers, parents and the children themselves to market the benefits of education and change a mindset that has been generations in the making. Many parents Danielle met worked in the tobacco fields and salt mines in their youth. Persuading them that their children will have a much more secure future if they are able to learn is key. 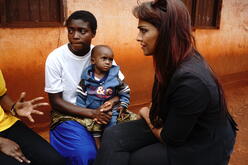 In remote classrooms down dusty roads, Danielle met young children perched on stones for chairs, using the floor as their desk, but all of them eager to learn. She spoke to them about her experience as a child growing up with a dream, and about parents who did everything they possibly could to help her achieve it.

In return, the children shared their dreams. At Kitwe secondary school, as two students showed off their lab’s equipment, a young girl told Danielle she wanted to be a doctor and a singer. A young boy spoke of becoming a philosopher. She extolled them and their classmates to stay in school.

On Danielle’s last day in the field, she traveled to Nyaragusu refugee camp, home to 54,000 Congolese and Burundian refugees. There she sat in on one of the IRC’s Families Make the Difference workshops, designed to promote positive parenting skills. She watched as a father encouraged his son to take some of his first steps, a beautiful scene, with all around cheering encouragement. When the little boy made it into his father’s arms, his father held him close and hugged him. 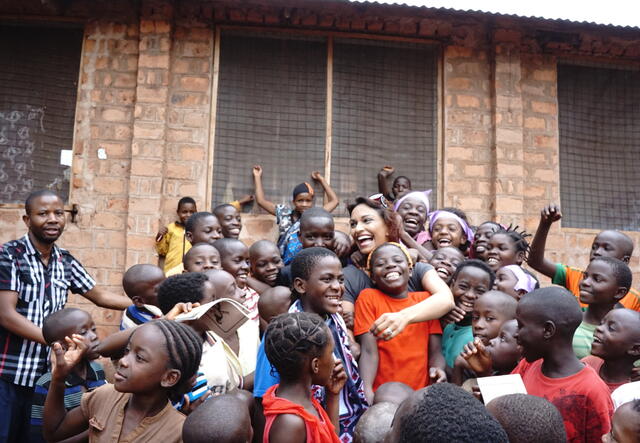 Danielle with children who benefit from the IRC's child-protection programs in Tanzania.
Photo: Lucy Carrigan/IRC

It used to be that parents didn’t realize the importance of contact and interaction with their young children. One father said he didn’t think he needed to interact with his son until the boy turned five. The IRC is working with the local community to change this mindset, with beautiful, heartfelt results.
The grand finale of Danielle’s visit was her performance at Nyaragusu for the camp’s youth. The hall was packed with excited children. Those who couldn’t fit inside crammed up against the windows to see and hear her sing.

Before Danielle sang, the youth of Nyaragusu put on a show for her: dance, song, drama. One young poet admonished the international community for too much talk and not enough action to resolve the refugee issue. Then Danielle serenaded them.

Before she left, Danielle promised to take their stories back to New York and London, and to share them with the world.