You probably know the story of Superman. Born on the dying planet Krypton, baby Kal-El was rocketed to Earth with moments to spare, and was found and raised by a couple in Kansas who named him Clark Kent ... and the rest is comic-book history. A familiar staple of American culture since the Great Depression, Superman has reached iconic status among superheroes, embodying, more than any other, "truth, justice, and the American Way."

As an outsider, Superman had a unique view of the forces of good and evil shaping his new world. Although he gained a new identity and built a successful career in America, he isn't celebrated for being an assimilated refugee; he’s beloved because he used his abilities to improve and protect the society that gave him refuge.

In the 1930s, over a million Jewish refugees emigrated to New York, fleeing the pogroms of Eastern Europe. Superman's original creators, Joe Shuster and Jerry Siegel, were children of poor Jewish immigrants. Siegel's father was Lithuanian, and Shuster's family were from Kiev in Ukraine. Shuster and Siegel, two shy, bespectacled science-fiction enthusiasts growing up in an era of anti-Semitism, understood well the conflicts facing refugees. 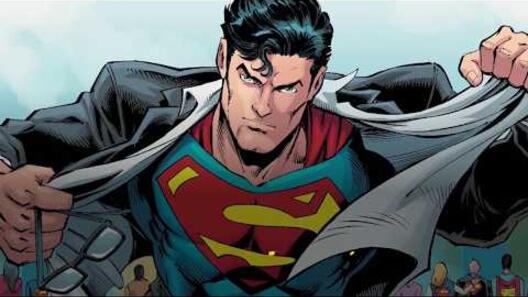 Superman had similar problems fitting in. Superman is more than just an American, but he is no longer Kryptonian either. His identity is shaped both by where he came from and the strong morals and American values instilled in him by his adoptive parents. He inherited his abilities from Krypton ... but it was the Kents who inspired him to become a hero.

Superman was something new and special ... and not just because he had superpowers. Apart from his normal crime-fighting activity, he spoke out against issues including social injustice, corruption, domestic violence and racial inequality. During World War II, he went to Europe to fight the Nazis and fascists. Then he returned the U.S. to take on white supremacists. Superman’s story is the ultimate example of an immigrant who makes his new home better.

America's favorite superhero is an immigrant, and that's only fitting because America is a nation made up of people from all over the world—people blending their contributions and creating something new in the process. His dual identity, an American and a refugee, is the true reason why Superman is the embodiment of American culture. He escaped from the perils of his home, integrated himself in American culture, then made the choice to give back to those who gave him safety, using his original heritage for the greater good.