What does a Joe Biden presidency mean for refugees and asylum seekers?

It’s up to all of us to ensure the U.S. never again turns its back on the world’s most vulnerable people.

The American people have spoken: the United States presidential election has been called for former Vice President Joe Biden. His victory follows four years of Trump Administration policies that have been devastating for refugees, asylum seekers, and other people fleeing crises.

As a candidate, Vice President Biden made bold commitments to reverse these policies. He pledged to create a task force dedicated to the 545 children separated from their families at the border whose parents cannot be found, and to reverse policies that have devastated asylum-seeking families. He also committed to raising the refugee admissions target to at least 125,000 refugees a year.

We cannot allow refugees, asylum seekers, displaced people and new Americans to pay the price of more divisive politics. Find out how we can hold the new administration to its promises and repair the damages of the last four years. You can also explore our regularly updated analyses of the new administration's announcements and plans.

Here are four ways the Biden Administration can act:

Reunite families and uphold the rights of asylum seekers

Seeking asylum—even during a pandemic—is legal. Turning away asylum seekers is not. But instead of offering a safe haven to people fleeing violence and persecution, the Trump Administration’s policies have separated children from their parents, turned asylum seekers away, and sent desperate families back into danger. 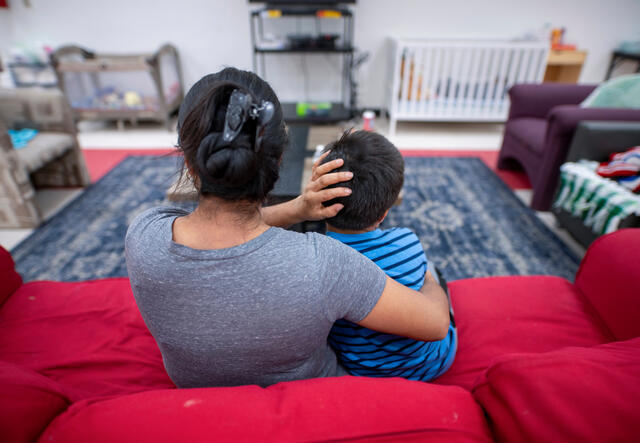 "We were living a peaceful life,” says Angelina, 38, who fled Guatemala with her three children. “Then, when they [gang members] killed my brother, that's when everything was disrupted. Every two blocks sometimes you'd find a body. I decided [to leave] because of that situation and also to give [my children] a better life.”
Photo: Andrew Oberstadt/IRC

When President-elect Biden takes office, we need change on day one. Because the stakes are so high, we’re calling on all of our supporters to join us today in asking our nation's leaders to do the following:

Learn more about our recommendations for the Biden Administration.

The Trump Administration has turned its back on refugees, most recently by setting yet another record-low refugee admissions target of 15,000 for fiscal year 2021.

On World Refugee Day (June 20), then-candidate Joe Biden committed to restoring the U.S.’s legacy of welcome by raising the refugee admissions target to 125,000. He also promised to work with Congress to ensure the U.S. admits a minimum of 95,000 refugees each year. That number represents the average under both Democratic and Republican administrations; before the Trump Administration, the refugee admissions program had enjoyed strong bipartisan support.

At the IRC, we’ll partner with the Biden Administration to uphold the new president’s commitment to restore America’s proud, bipartisan tradition of welcome. 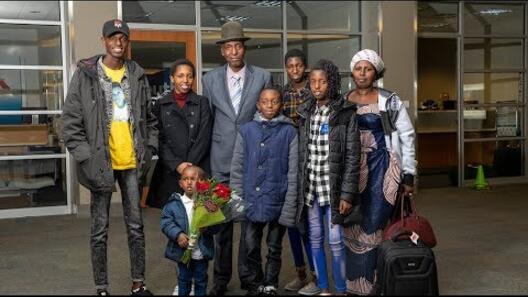 Lead the global response to COVID-19

As the world struggles to deal with the fallout of the COVID-19 pandemic, the needs of the most vulnerable must not be neglected or forgotten. To defeat the coronavirus anywhere, we need to defeat it everywhere.

The world has felt the absence of U.S. leadership during this pandemic. The Biden Administration must lead by example through fast and flexible financing to front-line humanitarian responders, global coordination to ensure supplies and help get to the people who need it most, and global leadership to secure ceasefire agreements to reach people in need.

Even with the promising news of a possible breakthrough in a vaccine, these actions are critical. The Biden-Harris Administration should look to committing at least $20 billion to fighting the virus around the world. No single solution will return us to normality—not even a vaccine—if the response is not truly global. 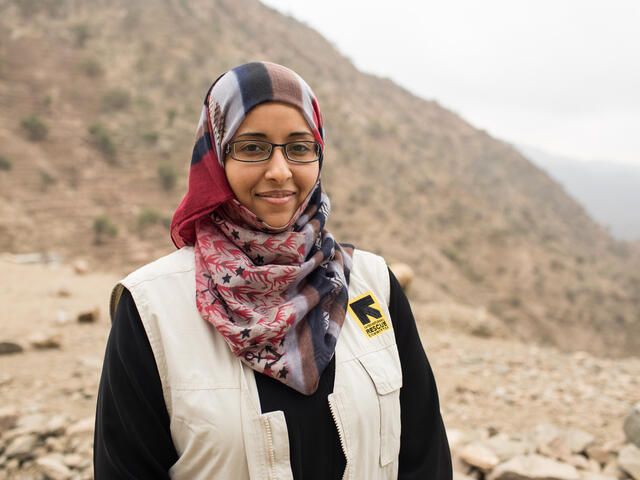 “COVID impacts every home,” says Dr. Rasha Rashed, an IRC reproductive health manager in Yemen. “It's like the war. In every home there is someone who has lost their father or mother or brother or husband or son.”
Photo: Kellie Ryan/IRC

Climate change  exacerbates ongoing crises such as conflict, hunger, and forced displacement. It is already impacting communities the IRC serves in African countries such as Niger and Chad, northern Central America, South Asia, and the Middle East. In fact, in 2019, more than half of the countries most vulnerable to climate change were also experiencing humanitarian crises.

When it comes to climate change, the cost of failure is too high for the U.S. to sit on the sidelines. The Biden Administration must act and call for bold and urgent action from countries around the world.

Want to go above and beyond? Here are two more ways to get involved:

Donate to the IRC

After four devastating years of the Trump Administration’s policies, it’s the job of us all to help the world’s most vulnerable and repair the damage to refugee resettlement, access to asylum, and U.S. global humanitarian leadership. Join the IRC and help us make an impact at this critical time.

The IRC works in over 20 cities across the country helping refugees and other newcomers thrive in the United States. From making masks for refugee front-line workers to tutoring a student, find out how you can volunteer in your community.