Why should America take in more refugees? Get the facts on the refugee cap.

After four years of record-low arrivals under the Trump Administration, President Joe Biden has an opportunity to rebuild America’s bipartisan tradition of welcoming refugees.

This is not just a lifesaving humanitarian imperative at a time when more people worldwide are uprooted by war and crisis than ever before. Refugee resettlement also enriches our economy and enhances our national security. Here’s what you need to know.

Who decides how many refugees can come to the U.S.?

The president consults with Congress and sets an annual target for refugee admissions. By law, this ceiling shall be “justified by humanitarian concern or otherwise in national interest.” The setting of the refugee admissions ceiling by the president is called the Presidential Determination, or PD for short, and is issued before the new fiscal year (FY) begins on Oct. 1.

This system was established by the 1980 Refugee Act. Prior to the Trump Administration, the average annual ceiling exceeded 95,000. Presidents of both parties have set even higher ceilings: President Ronald Reagan’s highest ceiling was 140,000 and President Barack Obama set a refugee admissions target of 110,000 for 2017.

How many refugees are being admitted in 2021?

While President Donald Trump was still in office, his administration set the PD for fiscal year 2021 to just 15,000—the lowest number since the creation of the U.S. Refugee Admissions Program in 1980. It marked the fourth year in a row that the administration set the cap on refugee resettlement at a historic low.

The president’s decision comes after he removed discriminatory admissions categories set by the previous administrations targeting people from Africa and the Middle East. It also comes after Americans across the country called on the administration to restore America’s legacy of welcome. While the Trump Administration’s record-low admissions goal remained in place, families were separated and thousands were left waiting in limbo. 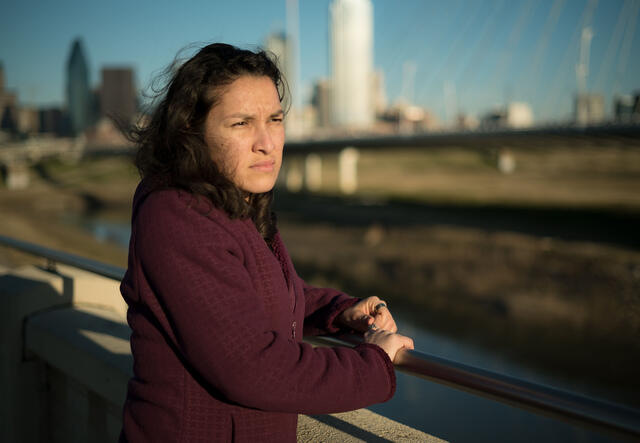 "In El Salvador, you don’t know if you’ll make it home alive at the end of the day," Valentina, a refugee resettled in Dallas, Texas, told the IRC.
Photo: Andrew Oberstadt/IRC

Why is it important to welcome refugees?

All around the world, people are fleeing war-torn countries at record levels. In 2019, an average of 24,000 people had to flee their homes each day. A full one percent of all of humanity is forcibly displaced.

Some 26 million of these individuals are refugees, meaning they have had to cross an international border in their quest for safety.

There’s no end in sight to the refugee crisis, as conflicts in Syria,Iraq,Afghanistan,Yemen,South Sudan,Somalia and northeast Nigeria continue to deteriorate. Violence and instability in Venezuela, as well as gang violence in Honduras, El Salvador and Guatemala, have also put millions in danger.

Only those refugees most at risk—just one percent of the total—have a chance to resettle in the U.S. or another welcoming country. Most are fleeing religious persecution, political oppression or terror. Many are widows, orphans or victims of rape or torture. Some are in danger because they worked alongside American troops in their countries. Others are persecuted based on their ethnic group, gender identity or sexual orientation.

Presidents from both parties have ensured that America leads in times of crisis. They've supported refugees who seek liberty and have rejected ideologies opposed to American values. 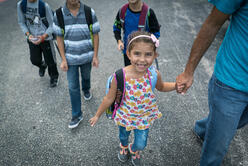 Five-year-old Jori and her big brother, Majed, 8, refugees from Syria, are learning English and thriving in their new home in Dallas.
Photo: Andrew Oberstadt/IRC

These presidents recognized that refugee resettlement represents the best of the values America strives to uphold: the right to equal treatment,; the commitment not to discriminate and the determination to uphold human dignity.

Both Republicans and Democrats have raised admissions for refugees fleeing communist uprisings, religious persecution and tyranny in countries like Vietnam, Cuba, the former Soviet Union, Kosovo, Myanmar and Iran. Today, the U.S. must provide unwavering welcome for people fleeing the worst protracted displacement crises of our day, like those in Syria, Somalia, and Afghanistan.

Welcoming refugees helps U.S. allies that are hosting more than their fair share. Currently, the world’s poorest countries host the majority of the world’s refugees: 85% are hosted in middle and low-income countries that are likely already impacted by acute food insecurity and malnutrition.

If the U.S. refuses to show global leadership, we risk other countries closing their borders, shutting down refugee camps, and forcing refugees to return. This would have catastrophic consequences for regional stability and security—including the security of U.S. missions in those regions. But if the U.S. continues to lead on resettlement, this encourages other countries to do more.

The hardest way to come to the U.S. is as a refugee. Every refugee is hand selected for resettlement by the Department of Homeland Security and screened by U.S. security agencies in an exhaustive process.

A reminder of how the U.S. refugee vetting & resettlement process really works: https://t.co/mjMd8XzCo2#StandWithRefugees#RefugeesWelcomepic.twitter.com/RBASDGxjUg

See the vetting process in action.

Americans welcome refugees in their communities

Hundreds of communities across the country welcome refugees with open arms. Thousands of volunteers from faith and community groups help refugees adapt to the American way of life. The number of Americans volunteering to assist refugees far exceeds the number of refugees actually arriving. 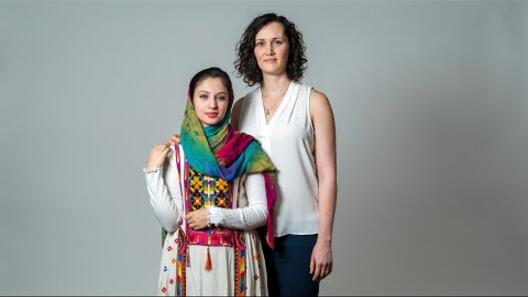 “I don’t think we can quantify the impact that refugee resettlement has had on Boise,” says Pastor Jenny Hirst of Boise, Idaho. “From businesses to innovative ideas… that all makes us better people. And that’s what we need to express loud and clear to those in our country—it’s not a taking away, it’s adding to who we are.”

In addition, hundreds of employers around the country work closely with resettlement agencies to hire refugees because they are reliable and hard-working.

Refugees and their friends in the U.S. share how they've changed each other's lives.

Refugees are good for the economy

Refugees are entrepreneurs, consumers and taxpayers, contributing to economic growth and creating jobs. Entrepreneurship among refugees is nearly 50 percent higher than among people born in the U.S. 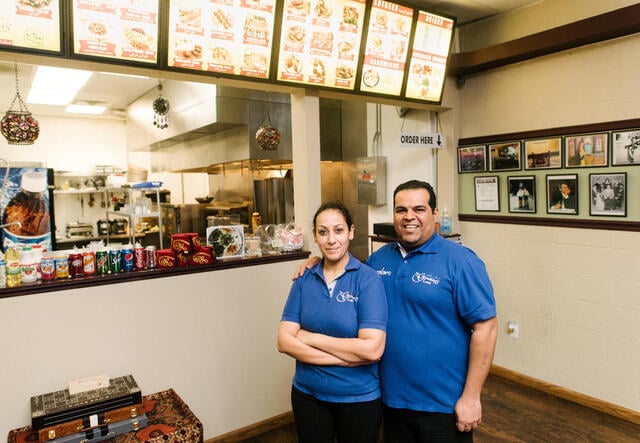 Uprooted from Iraq and Syria, Salam Bunyan, his wife Aseel and their children were resettled in Boise, Idaho, where he has opened a Middle Eastern restaurant that employs Americans.
Photo: Jonathan McBride/IRC

During the COVID-19 pandemic, refugees have worked in the essential industries keeping our communities afloat. One in five of the refugees resettled in the U.S. by the International Rescue Committee in 2020 immediately took positions in healthcare or the food industry.

The U.S. refugee resettlement program is designed to help refugees achieve self-sufficiency quickly.  In 2019, 85 percent of clients in an IRC employment program were economically self-sufficient within six months. And refugees pay on average $21,000 more in taxes than they receive in government benefits.

Refugees have gone on to become CEOs, ambassadors, and influential economic and cultural figures, including Google co-founder Sergey Brin. Countless others, while not household names, have gone above and beyond to give back to their new communities.

“I want the world to know that even with the pain and the struggle, and with the obstacles we’ve been through, we can still be part of a community that welcomes us,” says Jonathan Amissa, a business owner and refugee from Cameroon living in Boise. “We are refugees but we also have potential and goals.”

What can I do to stand for refugees?

Text RESCUE to 40649 or visit Rescue.org/Act to join the thousands of IRC supporters who have called their representatives, written letters, shared our campaigns, or otherwise mobilized to advocate for change in their communities and worldwide.