"Your voice has so much power." Refugees describe voting for the first time

For refugees in the United States, voting is the culmination of a long journey from fleeing war or persecution in their countries of origin to becoming full participants in American democracy.

After they are chosen for resettlement and arrive in their new communities, refugees have to live in the U.S. for five years before they can apply for citizenship. The six-step process includes background checks, interviews, an exam focused on American history and government, and, finally, an oath of allegiance to the U.S. Refugees are then citizens eligible to vote, and can join other Americans in advocating for the changes they’d like to see in their communities and country.

Below, four refugee first-time voters explain why they are excited to exercise their right this year—and why all eligible American citizens should also make their voices heard on the issues that matter to them. 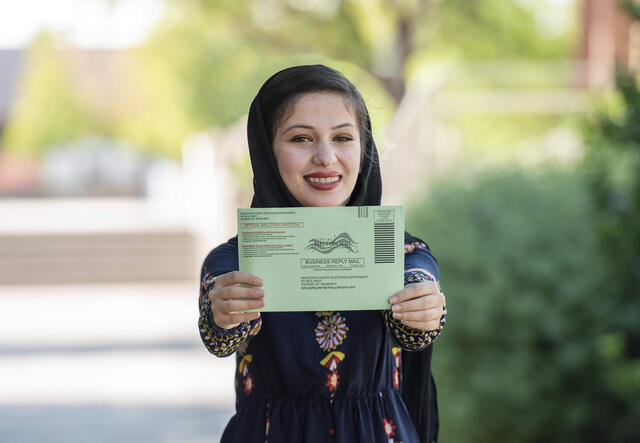 Photographed: At the Arizona college where she was a pre-med student

“As a citizen of the United States of America, it is my right and my duty to vote. I know that this right did not come easy to many in the U.S.

“When I vote, I think about education, immigration, and women’s rights—issues that I believe are related to one another. For instance, as the cost of college rises, I’ve seen both immigrants and citizens struggle to afford their classes. I want changes that will empower every single one of us.

“Every vote counts. With your vote, you’re supporting yourself, your family, your friends, and every citizen of this country.” 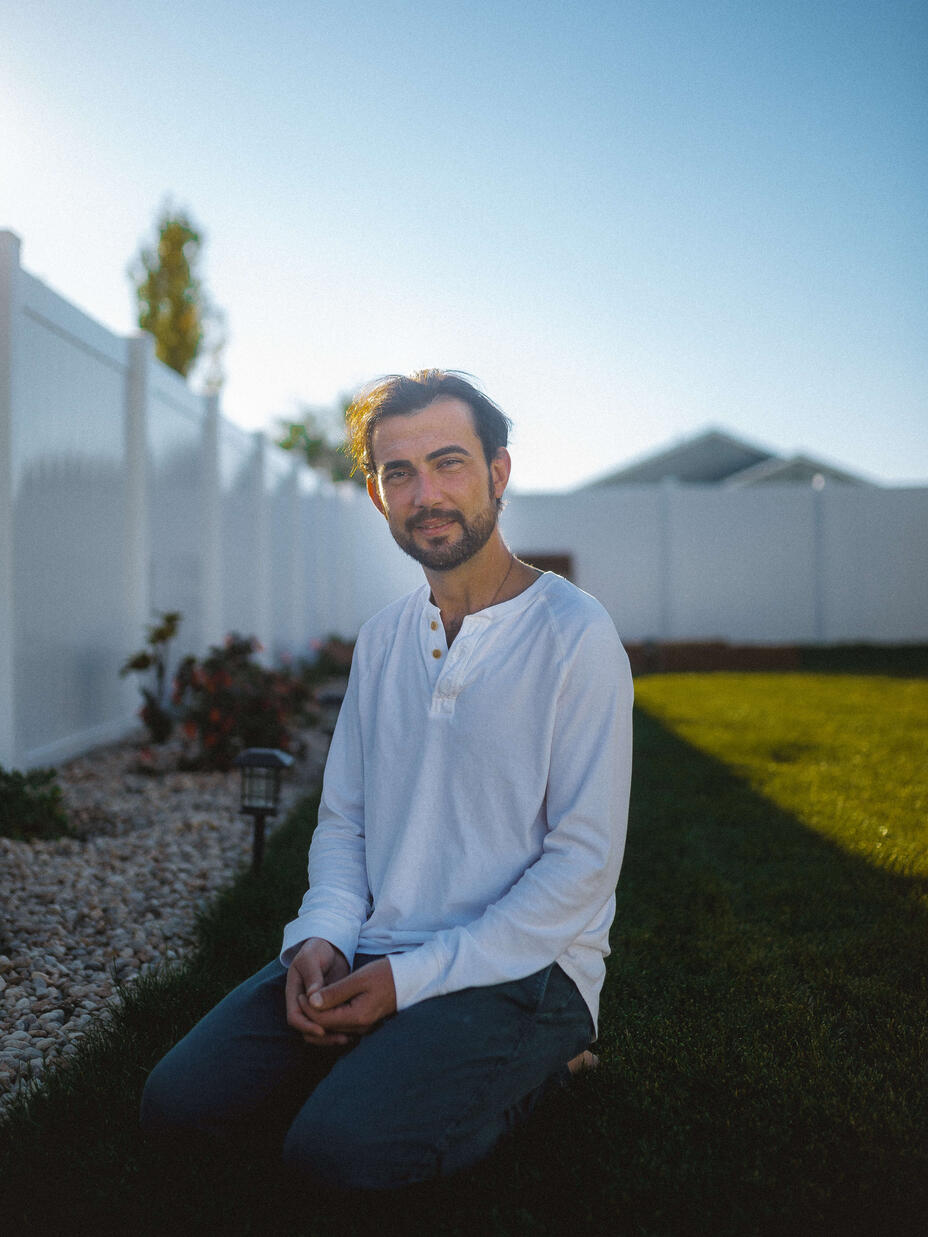 Lives: Outside of Boise, Idaho

Photographed: In the yard of his newly purchased house

“It’s important to me to vote because I am part of this community.

“I just bought a house here. It was important to me to have something that I own, a place where no one can kick me out. Everything that happens here matters to me. Using my voice is the least I can do to help my community grow.

“I want to say to refugees, you can speak up. I know [that] where you came from you might not have had a choice. But here, you do. You have your voice and your voice has so much power.”

Watch Shadi discuss his story and thoughts on voting with IRC Ambassador Mandy Patinkin and his wife Kathryn Grody. 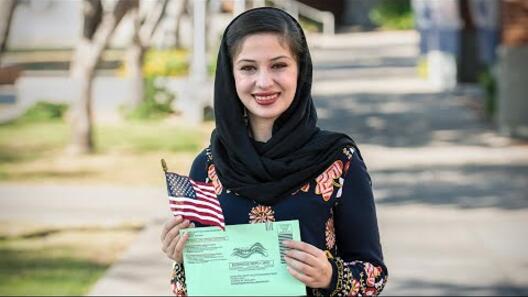 Video
Refugees and immigrants explain why all American citizens should vote

Please vote because your vote counts and your vote will change the world. 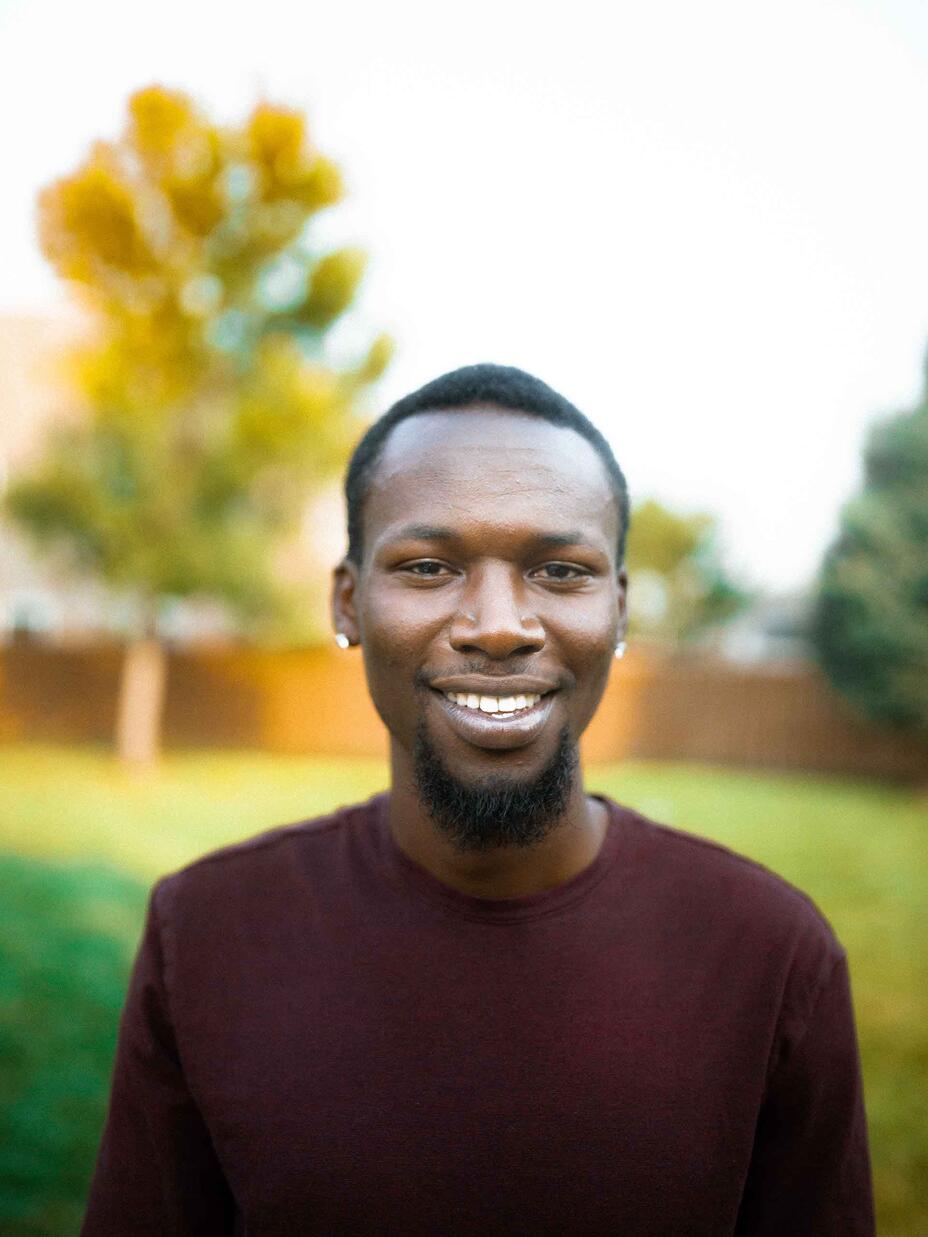 Photographed: At his home the day he put his ballot in the mail

“I believe it is really crucial for me to vote because my vote will determine the next administration and what policies are passed.

“As a Black man in America, I see that there is a lot of racism and injustice going on. That's one issue that's very personal to me. There’s also immigration and education, so many issues that I can’t list all of them.

“If you want change, you must exercise your right as a citizen. Whether it’s in person or by mail, please vote because your vote counts and your vote will change the world.”

When you’re a citizen you have rights, and you also have responsibilities. 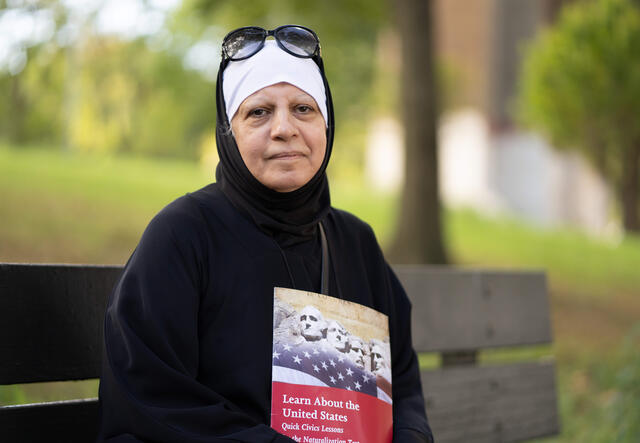 Photographed:  In the city park where she studied for her citizenship exam

“When you’re a citizen you have rights, and you also have responsibilities. I feel that if I can share my voice and be an active member of the community, I should.

“I studied for my citizenship exam here, in Astoria Park, in the mornings. I learned that the First Amendment of the United States guarantees freedom of speech and of religion. That’s important to me, that I can practice any religion I want.

“I am proud to be an American. I loved my country, Iraq, but now I am an American woman. My roots are here.”

Join our advocacy community to show your commitment and help protect asylum seekers in harm’s way at the U.S. border, resettled refugees and other new Americans, and refugees and displaced people in crisis around the world.