How IRC supporters have advocated for refugees this year

Thanks to you, the United States is welcoming more refugees and supporting Afghans seeking safety.

For years, Americans of all political beliefs have supported welcoming refugees. That number has only increased in 2021 as the United States sees a groundswell of support for Afghans forced to flee their country to find safety.

International Rescue Committee (IRC) supporters were especially active this past year, contacting elected officials over 110,000 times to advocate for critical legislation for the people we serve.

As the situation deteriorated in Afghanistan, IRC advocates sent nearly 50,000 emails to the White House to ensure the needs of Afghans were met upon arrival in the U.S., and that the U.S. continues to support those remaining behind. 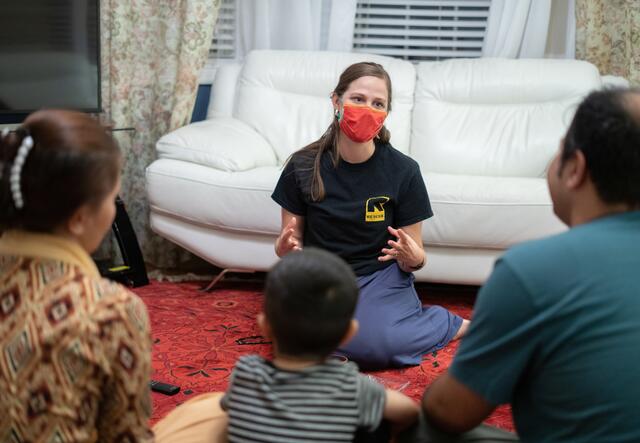 Ali (right), 34, a translator who fled Afghanistan with his family, has resettled in Virgina with support from the IRC. “I want my children to have a brighter future," he says.
Photo: Andrew Oberstadt/IRC

Thanks in part to your actions, Congress passed legislation making Afghan evacuees eligible for the same services provided to all other refugees arriving in the U.S. from across the globe. This assistance gives our recently arrived neighbors the tools they need to thrive in their new communities.

After assuming office, President Biden inherited a refugee admissions ceiling of 15,000 for fiscal year (FY) 2021 - the lowest in modern history. The president committed to raising this ceiling while on the campaign trail but when he initially had an opportunity to lift the record-low resettlement cap, he declined. The decision threatened to leave thousands of refugees in limbo and in need of safety. 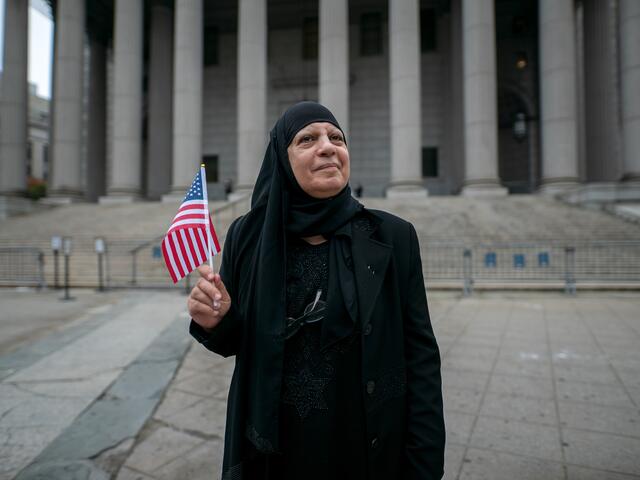 Maha al-Obaidi, 66, an Iraqi refugee and mother of five, resettled in New York and became a U.S. citizen with the IRC's support.
Photo: Andrew Oberstadt/IRC

The IRC's advocates quickly mobilized, sending over 14,500 emails to the White House. Following public outcry, the president promptly raised the ceiling to 62,500. He has now increased the refugee admissions ceiling to 125,000 for FY 2022, fulfilling the commitment he made as a presidential candidate.

Continue welcoming in our local communities 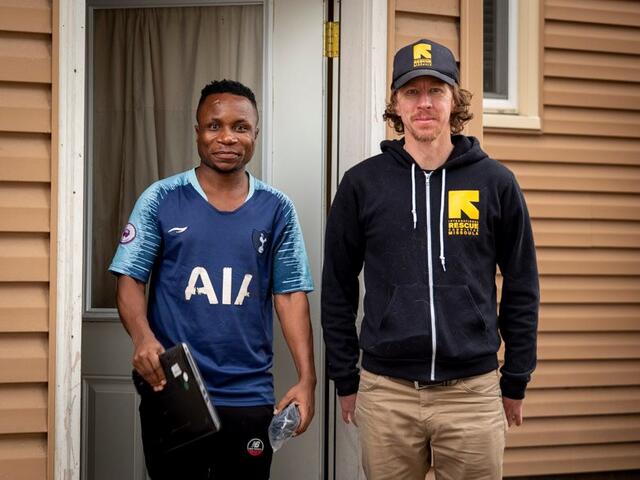 Nick Smith (right), an employment specialist with the IRC in Missoula, Montana, drops off a laptop for a newly arrived refugee he is assisting with his job search.
Photo: IRC

Thanks to the work of these dedicated citizens and the leadership of Senator Ken Bogner (MT-19), funding was reinstated and Montana continues to welcome refugees.

Our work is far from done. In particular, the Biden Administration has continued asylum policies that criminalize and fail to protect asylum seekers at the U.S.-Mexico border. We will continue to fight for the rights of all asylum seekers, including Haitians, because those in need of protection have the legal right to seek asylum in the U.S.

We also refuse to forget those remaining in Afghanistan, Syria and Yemen, and will remain committed to supporting those newly arrived to our communities in the U.S.

Find out more about the IRC's policy work and how we mobilize to shift the agenda in the United States, Europe and around the globe.

See more ways to take action with us.