Meet the Americans who are giving a warm welcome to refugees uprooted by conflict and violence, and helping families start anew in the United States.

When 11-year-old Jeff Balubwila arrived in Boise last summer, he was relieved to leave behind the dangerous streets of Nairobi, Kenya, where he watched children his age gunned down. But coming to a new and unfamiliar city can be scary and confusing in its own way. He felt alone.

"I could see that he was struggling in this new environment," says his father, Dauda Balubwila, who was a political activist in the Democratic Republic of Congo, where he was repeatedly jailed and tortured before fleeing to Kenya. In 2012, he was resettled by the International Rescue Committee in the United States and was joined by his wife, Elizabeth Ng’Ang’A, and three children five years later.

“The American culture is very different from Africa,” says Dauda.“I wanted my children to adapt quickly and have someone who could be their friends. It's very important for them.”

It was through a mentorship program run by the IRC in Boise that the Balubwila family was introduced to the Nash family—their first friends in America. 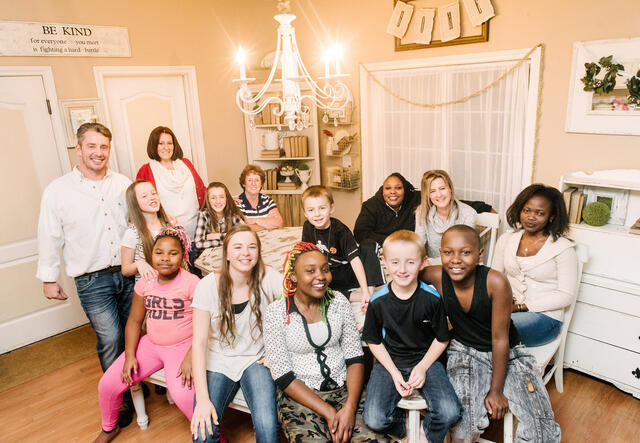 With the help of the International Rescue Committee, Margaret and Rob Nash were matched with Dauda Balubwila and his family as a way to help his children adapt to the American culture and make new friends.
Photo: Jonathan McBride/IRC

“My sister had ‘adopted’ a family from Kenya for six months and my own children had a great time with that family,” says Margaret Nash, who with her husband, Rob, reached out to the IRC after their church encouraged its members to lend a hand to the newcomers. “They begged me if we could do the same."

Families like the Balubwilas want nothing more than to be accepted in their new country and contribute to their communities. But an unfortunate misperception of refugees as “dangerous” has taken hold in America, exacerbated by the current ban on immigrants from certain countries. In spite of this, families like the Nashes are showing tremendous generosity to people fleeing from unspeakable horrors and hardships.

Volunteers to the IRC mentorship program help acquaint refugees with basic services and resources in the community, including public transportation, banking, libraries and food markets. The programs vary across the IRC’s 29 U.S. offices, but they all share a common mission: helping new arrivals become self-sufficient.

“We ask both the volunteer and family, ‘What is most important to you? What do you want out of this relationship?’” says Julianne Tzul, director of the IRC in Boise. “If a parent is deeply passionate about their teenage daughter going to college, we will find a family with a college student. We want to make sure each relationship is fruitful and can turn into a lasting friendship.” 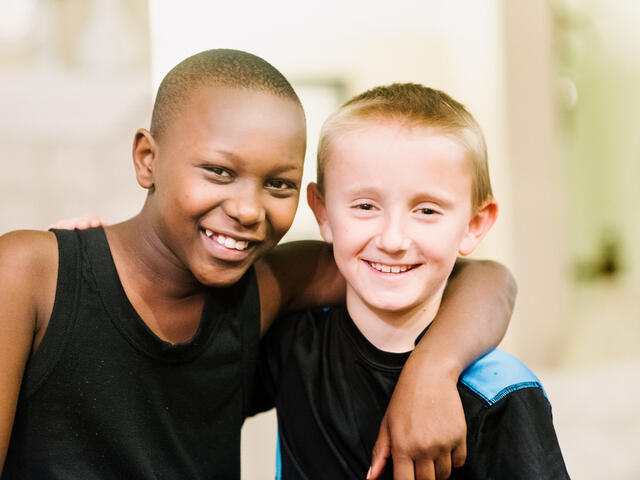 Mentors are required to attend an IRC volunteer training session where they are walked through common scenarios. While most volunteers provide practical support—teaching newcomers how to drive, for example—some begin as, or grow into, social relationships. The Nash and Balubwila families are a good example of how the program can benefit locals and immigrants alike.

"Elizabeth and her husband already had jobs, their children in school and speaking English, so our relationship was really about helping them embrace the Boise community," Margaret explains.

The children of both families hit it off quickly, especially Jeff and 9-year-old Caden, who introduced his new friend to his first snowball fight and taught him the card game Uno.

“It’s so cool to be friends with Caden because he knows more things than me,” Jeff says, who in turn taught Caden Swahili—mostly silly words, he admits. “I feel safe here because I have a someone to help me, to grow up with.”

Jeff's teenage sister, Jacqueline, became close friends with the eldest Nash child, Shaylie, who understood the difficulties refugees face in a new country from her experiences helping her aunt mentor a refugee family. The 17 year old was eager to welcome the Balubwilas.

The Balubwilas are an incredibly hardworking family—my children adore them.

“Put yourself in their shoes,” Shaylie says. “If you weren’t safe in your own country, would you want people to welcome you with open arms or tell you to stay in your country and get killed?”

The two girls experienced many “firsts” together. Shaylie took Jacqueline to her first movie and her first American football game. Jacqueline, like her brother, taught her new friend Swahili.

"When we were having a snowball fight, I asked how to say ‘attack’ in Swahili…I think it’s ‘kula’la.’" recalls Shaylie.

Jacqueline can’t help but smile as she politely corrects her. “Kulakula,” she whispers.

“They laugh at my pronunciation,” Shaylie says, also smiling. The girls share a gentle camaraderie.

Shaylie’s mother believes that the mentoring experience feeds her daughter’s soul. “She loves the cultural side of it, especially learning the language.”

But it's not just the children who have benefited from the mentorship. “It doesn't even feel like we’ve only known each other for two months,” Dauda says about the two families. “It’s like I've known them for three, four or five years. It’s a very good relationship." 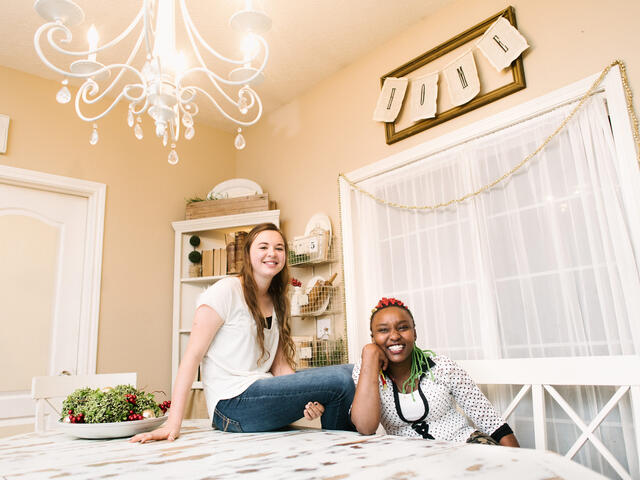 Indeed, Elizabeth and Margaret have forged a lasting bond. “You know, Elizabeth felt very alone as well,” Margaret says. “She loves spending time with us. It took her awhile to open up, but she lost quite a few family members—her parents, brother and sister. She says I'm her sister now, which is lovely.”

Margaret and Rob realize that the Balubwilas will continue to face difficulties as they adjust to America. But they are thrilled to have played a positive role in helping their friends begin a new life.

"The Balubwilas are an incredibly hardworking family—my children adore them,” says Margaret, adding, “The battle didn’t stop when they arrive. They have yet another battle to fight.”

With help from families like the Nashes, refugees across the United States are, indeed, fighting the good fight, the one winning over American hearts.

See ways you can help refugees in the U.S.