As the United States and Europe deal with a heat wave, people least responsible for global emissions are on the front lines of an urgent, deadly battle against climate change.

While global leaders debate what should be done to address climate change, much of the world—including countries such as Afghanistan, El Salvador, Syria, Yemen, and across the Sahel and East Africa regions—is already feeling the impacts firsthand. The escalating climate crisis has worsened droughts and destroyed food supplies, pushing tens of millions to the brink of starvation. The effects of climate change also exacerbate social, economic, and political tensions, leading to instability and conflict, which can uproot people from their homes.

Find out how our world is changing and what can be done to limit the impact of the climate crisis.

The United States is  suffering greatly from climate change, with severe drought taking hold across much of the American West and threatening a multibillion-dollar agriculture industry and the country’s food supply. Even more disturbing is the fact that in 2020 and 2021, the United States lost 17.5 million acres of land to wildfire—an area equal to the size of South Carolina.

This isn’t a heat wave—it’s a #ClimateCrisis.

Record breaking temperatures are hitting Europe and the U.S. while millions of people are facing humanitarian catastrophe as drought continues to grip East Africa.

Our world is getting warmer, a trend established by years of climate change science but thrust again into the headlines by the recent heat wave. For two weeks in mid-July, record high temperatures have been recorded across the UK and Europe, with life-threatening consequences. One unexpected consequence: over 17,000 people have been forced to flee their homes due to wildfires.

In just the first 11 days of this heat wave, more than 1,100 people in Spain and Portugal died from heat-related issues. The number is expected to rise as the scorching heat descends on Central and Eastern Europe.

Still, the damage brought about by climate change in Europe and the United States pales in comparison to the destruction it has already wrought  on developing countries. 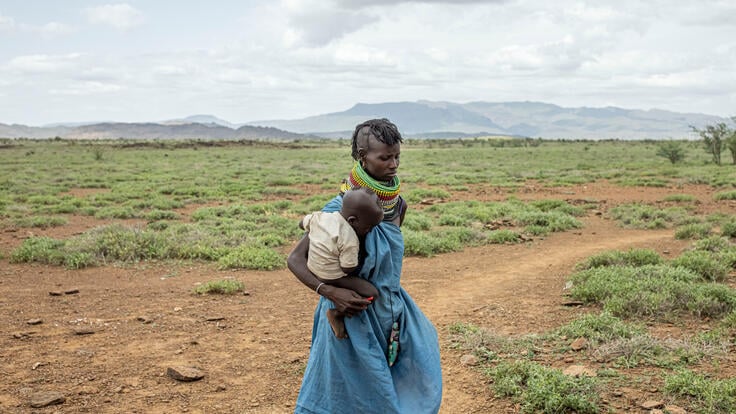 "I've lost two of my children because of the drought," says Lokyioto Ekal, 30, who lives in a remote village in Turkana, Kenya. "The livestock also died due to the lack of rains." Lokyioto's three surviving children are receiving treatment at an IRC nutrition clinic. Her husband left the family and now she supports them on her own by foraging for wild fruits to eat and gathering firewood to sell at the market.
Photo: Patrick Meinhardt for the IRC

East Africa is currently experiencing the longest running drought the region has ever recorded, which has resulted in a devastating loss of crops and livestock. Combined with the global pandemic and the fallouts from the war in Ukraine, the consequences of the climate crisis means that millions are starving. The IRC has warned that 14 million people in Ethiopia, Somalia and Kenya alone are on the verge of starvation. This number will rise to 20 million by September if drought conditions persist and if the world fails to fund crucial humanitarian responses in the region.

Women and children most at risk

Women and children are among the groups who suffer most from climate change and food insecurity. When food resources are scarce, women and children are the ones most likely to eat less well and less frequently. Young children are also at exceptional risk of a climate-induced hunger crisis; between April and May 2022, one IRC clinic in Somalia  saw a 265 percent increase in severely malnourished children under age 5. 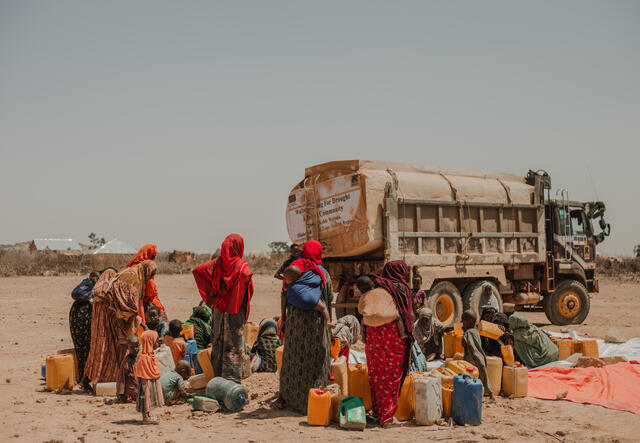 Women and children collect water the IRC is trucking into their village in Ethiopia during the drought.
Photo: Martha Tadesse for the IRC

As the impacts of climate change force people to leave their homes, those who are displaced often find it difficult to get food, housing and basic services, and otherwise meet their families’ daily needs. And when women and girls are displaced, they tend to be at greater risk of gender-based violence, including domestic violence and trafficking

Despite repeated information campaigns by activists and other organizations involved in the humanitarian field, 85 percent of Americans and 80 percent of Britons are unaware of the famine threatening East Africa. This translates into a lack of funding and, tragically, needless death. 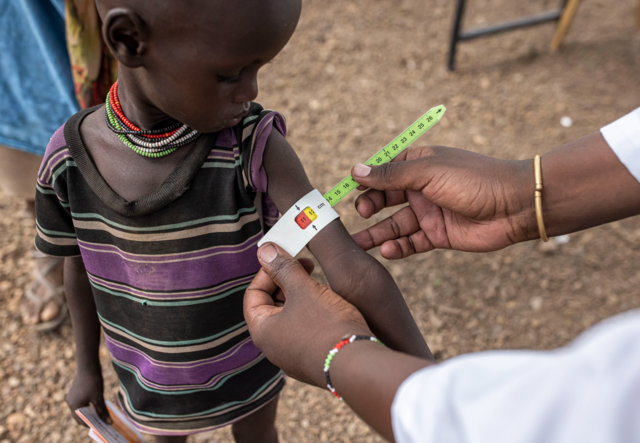 “Every day of inaction is a matter of life or death,” says IRC president and CEO David Miliband. “The crisis engulfing East Africa is emblematic of the failure of the international system: failure of prevention, failure of response and failure of leadership.“
Photo: Patrick Meinhardt for the IRC

The global $685 million in drought response in East Africa seems like a large sum, but the figure represents just 38 percent of the funding needed to address humanitarian needs from May to December 2022. This failure in funding, however, is not an unsolvable crisis. In just one month, $16 billion was raised for the crisis in Ukraine, indicating that it’s not a lack of resources preventing the world from aiding East Africa but rather a lack of will.

How the IRC fights back

The IRC is calling on world leaders to take action against climate change and fully fund the humanitarian response crucial for alleviating the life-threatening conditions brought on by climate change. We advocate for investment in climate resilience and famine prevention. Our response is multidimensional. We help communities map climate hazards and develop early warning systems in order to better deal with extreme weather. The IRC also supports locally led natural resource management, water conservation and sustainable living habits. 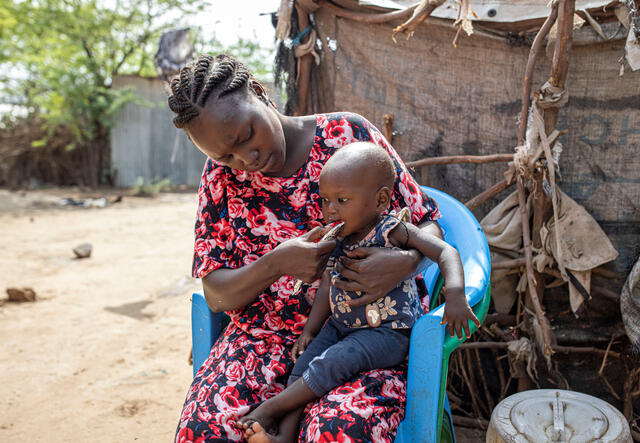 Judith Idiengol, 27, feeds her daughter Vanessa, 1, peanut paste provided as part of her treatment at an IRC-run nutrition center in Kakuma refugee camp, Kenya. The mother of two, whose family fled war in southern Sudan, has lived in the camp since she was just 3 years old. "The drought is affecting us ... sometimes we go to bed without eating," she says. "Still, my children make me happy and despite everything I'm able to feed them."
Photo: Patrick Meinhardt for the IRC

In recognizing that climate change and excessive heat disproportionately impact the most vulnerable, the IRC is actively engaged in the countries where humanitarian aid is most needed.

Climate change is a central concern to the IRC, and we are dedicated to responding to its impacts in the communities we serve around the globe.

Your contribution will help the IRC respond to humanitarian needs and the climate crisis worldwide.